Regarding the afore mentioned gig

Some snaps from last night, lifted from various unsuspecting sources, all associated with the band so I feel at liberty to assume permission. 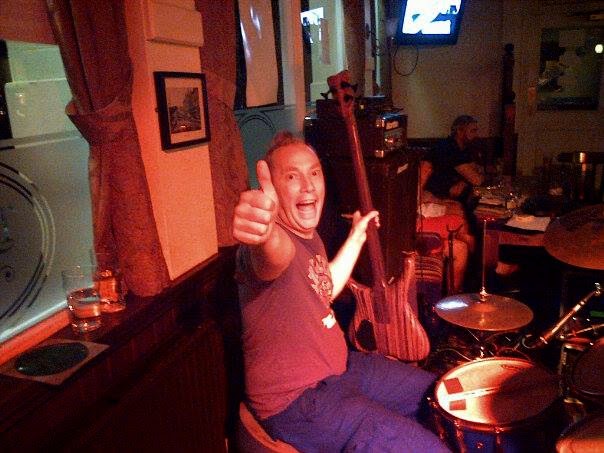 Bean (above) is our only full time musician. Aside from his other band interests, he mainly carves his living out of teaching drums and session work. Some time ago, he was asked to drum for a 6th form (last year of high-school for those of us not familiar with the UK education system) school band at some kind of festival.

Bean had other previous commitments later that same evening, so they went on very early in the afternoon and, I understand, as a result played to next to nobody. By way of compensation, Bean invited them along to play a set at last night's gig before we went on.

It has to be said, a Saturday night in Fishponds is something of a baptism by fire. They did good. As far as I'm concerned, they'd be very welcome to support us again any time. 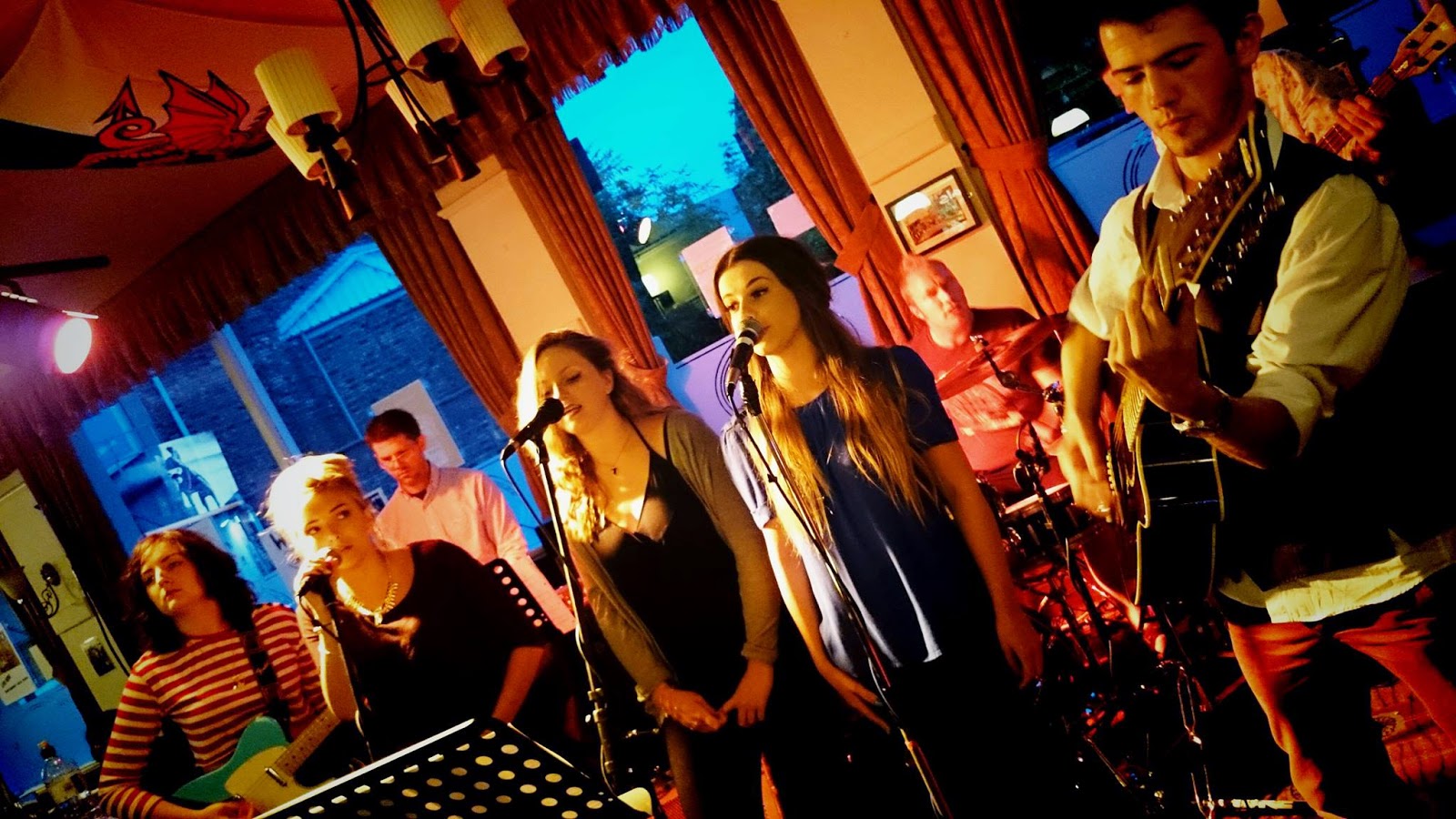 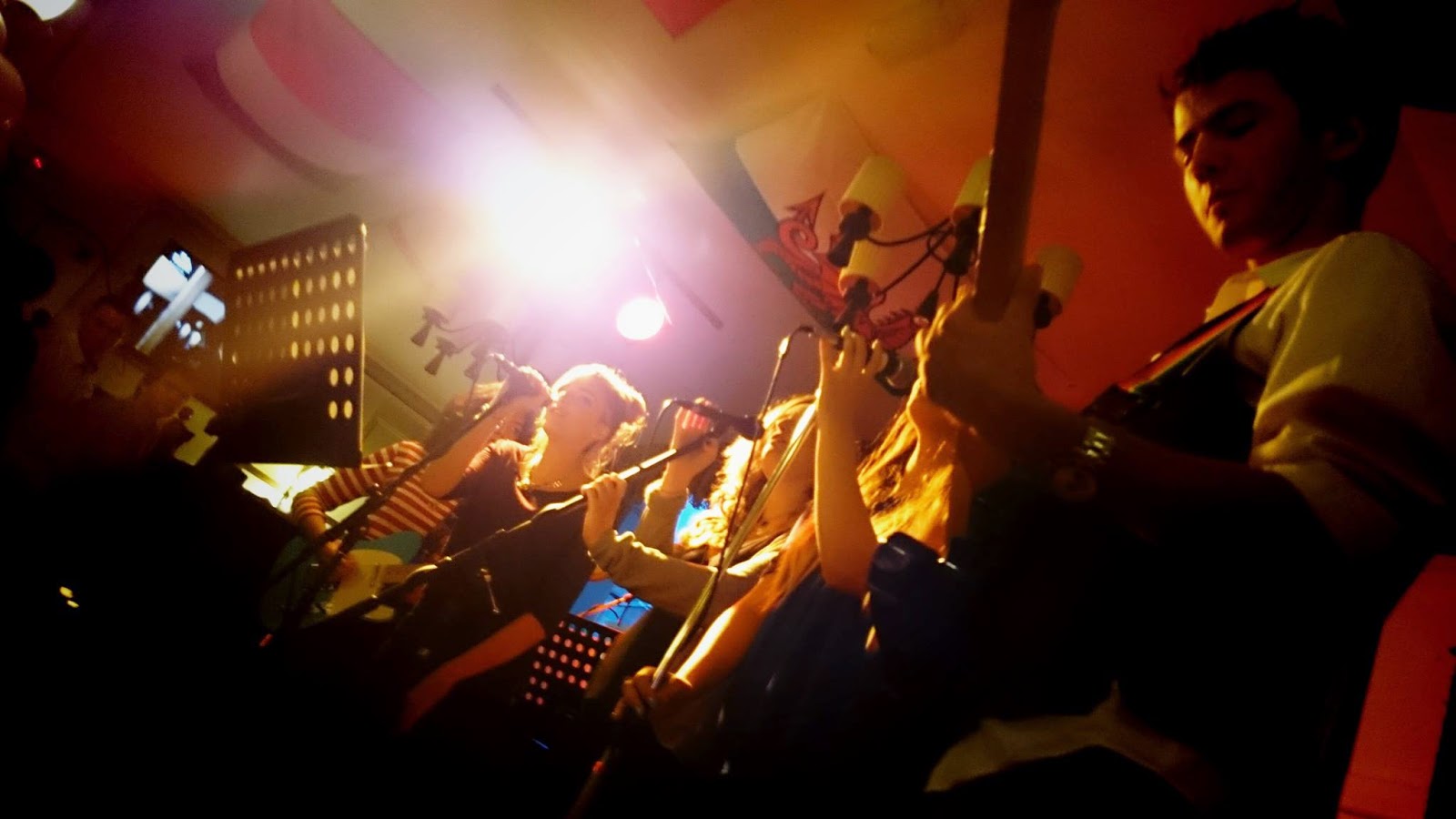 The rest of the evening wasn't quite so civilised or picturesque, but we had fun. I do love the Railway. 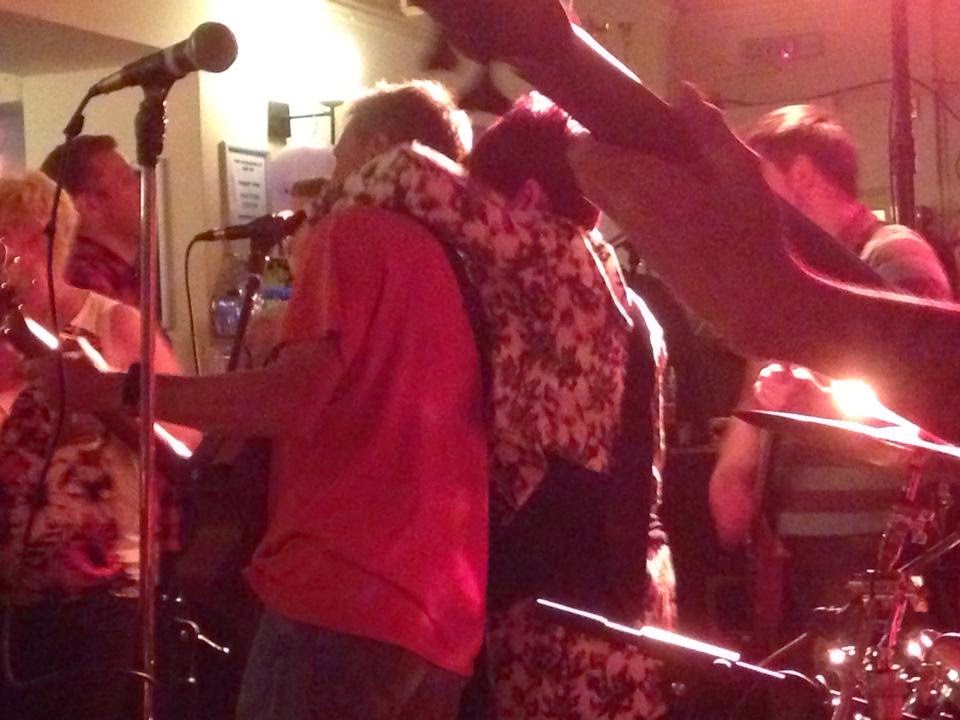 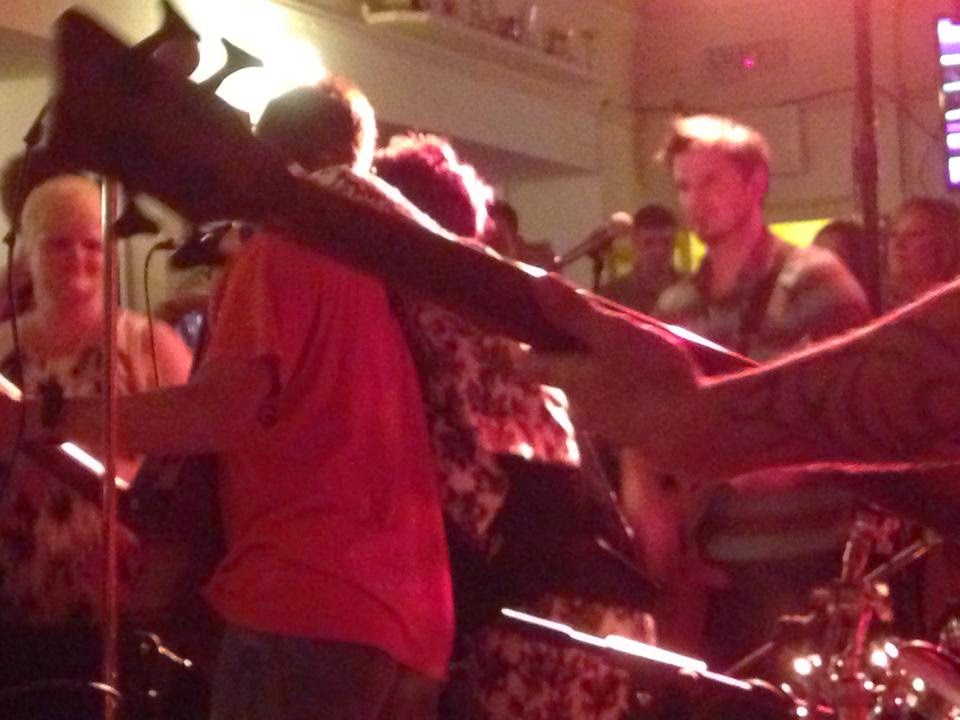 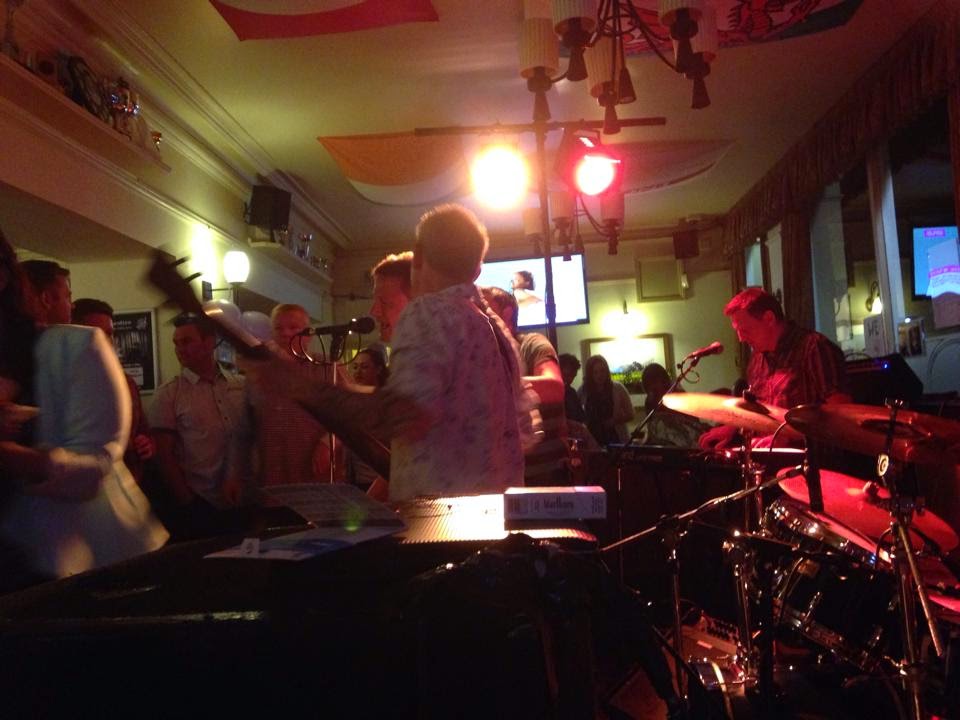 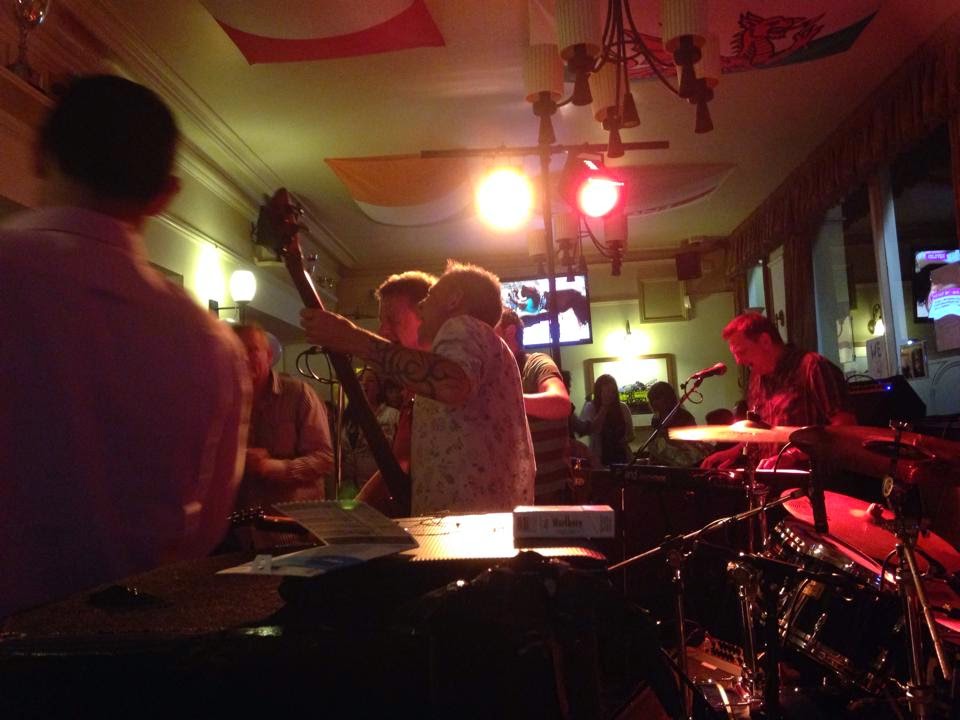