I've realised that if I wait until I have enough time to write up everything, the moment will have been long past. And I don't want to lose it. So forgive me if the next few posts are pictures and tracks only.

I've been home now almost as long as I was away sailing in Greece. And though I love being here, and am a consummate master of loving wherever I find myself at any given moment, I still miss it. 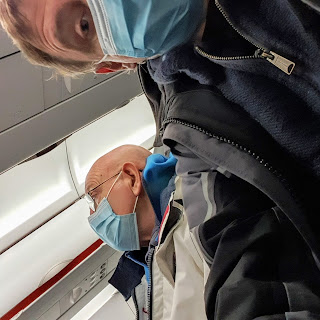 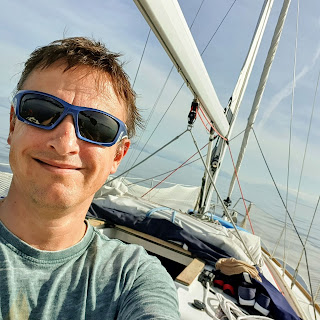 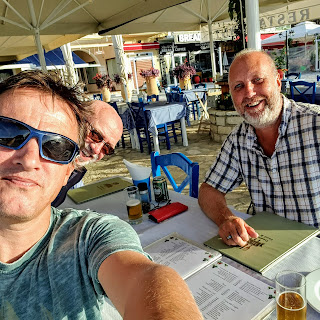 The purpose of the trip was to move a fleet of boats from Corfu to Athens, where they'd be pulled out for the winter. My mate Mark had chartered the boat we'd be moving for most of October though, so when he suggested we came out a few days early to join him, we jumped at the chance. 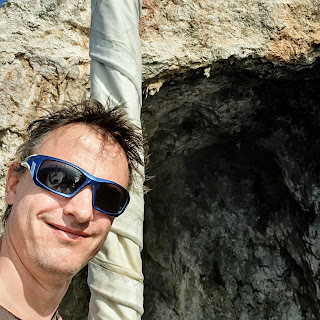 I don't think Dad had swum in the sea without a drysuit since about 1990. He certainly hadn't flown since then. Getting him back in the water was easier than getting him through the airport security, to be fair. 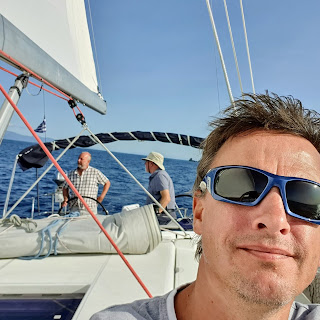 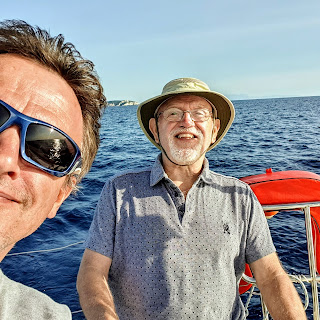 Sometimes a string of words or the glimpse of an idea just gets stuck in your head. Sometimes they carry a pattern and a tune, sometimes you have to go looking for it.

It used to happen for me a lot. These days, not so much. For a long while I thought it was because I couldn't find the silence and solitude that I used to enjoy as a kid back when this song writing thing was easy, although the output of those very early years was at best variable, and when not at best quite questionable in quality.

Fortunately nobody knows what a cassette tape is these days, or would have any way to play one if such were to land in their lap, so the evidence of the really early stuff is long buried.

And then, once the kids grew up, moved out and I got a little bit of quiet and solitude back, I figured it was just one of those things that came with getting older, along with bruises and cracked ribs not healing as fast, tendons tightening, joints taking it in turn to ache and all that.

But actually, all things considered, I think it's just application. Or perhaps a blend of motivation, time and application. Life generates distractions and competing priorities.

I recorded this Friday evening. I wrote it across the week just gone. I've had two solid weeks of sailing that I wouldn't have traded for anything but I missed my guitar, so we had some making up to do.

I haven't really settled on a name for it yet. It's got a working title (or two) of course, but I'm not sure it needs more as these days, other than the occasionally open mic night when the pubs open up again, I've nowhere to really take it. I love playing with my band, miss them and our audience terribly, but my band, as it stands today, isn't the format for this kind of thing.

I used to think that mattered. That a song needed a gig. But I've discovered that whilst that's nice, it really doesn't. The song in an end in itself.

I am home, and with the clocks reverting to their winter state, we are back to that season of year when I finish work in the dark. Which means that the dogs have to walk in the dark, and Jack's balls glow green.
But he doesn't care. Just as long as somebody still throws them for him. 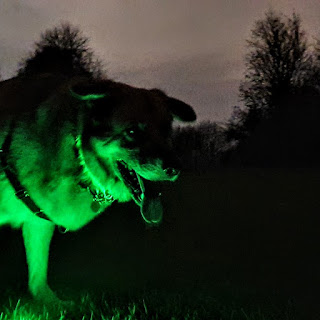 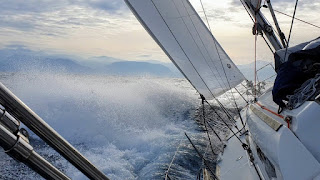 I never get tired of shots taken over the lee rail. There is something about the way water sprays out from a boat that I find totally captivating.
Have landed back in the UK. The journey has been a smooth one so far. My brother met us at the airport and I am now on route home to Nikki and the dogs.
I have missed them.
Posted by tatali0n No comments:

But not for much longer. I find myself conflicted.
Posted by tatali0n No comments:

This evening we find ourselves in Aegina. Tomorrow Athens, hand the boat over, and then fly home Saturday.
The above photo was taken a couple of hours still out from yesterday's stopover in Kiotou before transitting the Corinth Canal this morning.
Posted by tatali0n No comments: