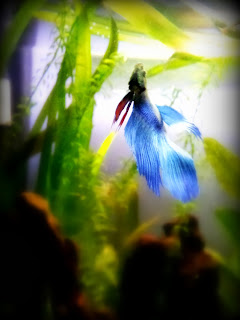 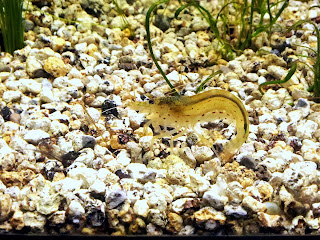 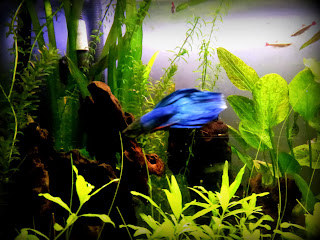 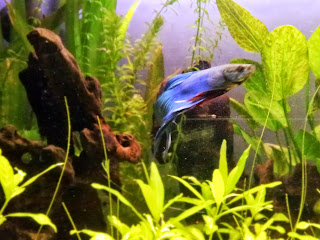 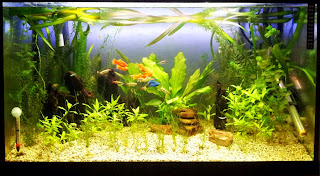 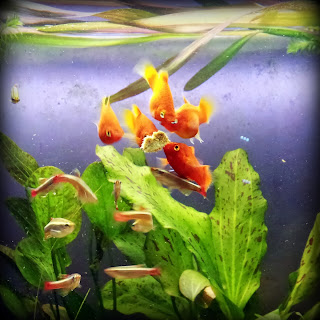 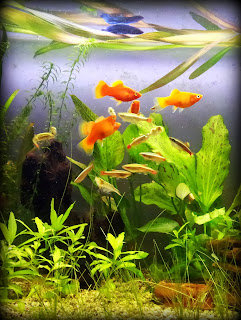 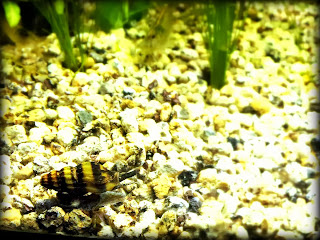 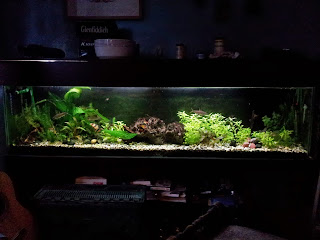 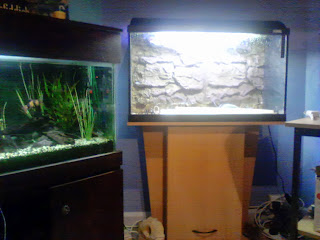 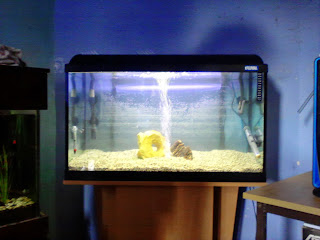 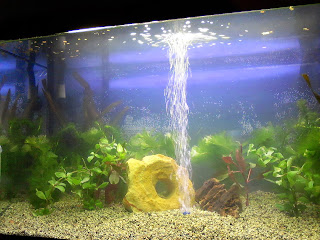 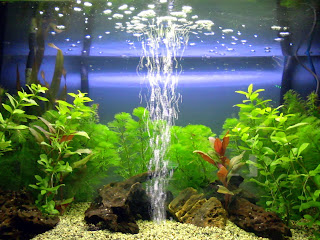 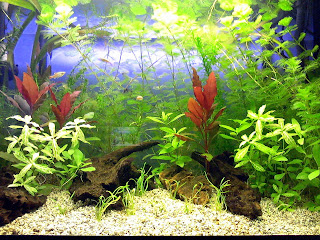 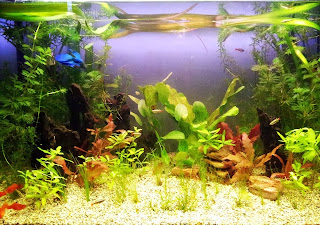 One of my two aquarium.

A 120 litre Fluval tank donated to me by a friend, now establised just
over two months and still very much a work in progress. Intended
primarily as a planted tank, it has a biological based CO2 injection
system and an external Fluval cannister filter. Substrait is Underworld
Aqua Grit.

The CO2 has made a huge difference to the plant growth. The big tank
next to it (260 litres, established about 10 years now) is almost
entirely planted with cuttings from this one.

Need to replace the lighting tubes as they're old, especially the back
one. Think the Platties were, visually, a mistake, I brought them to try
and control the algae, but the Amano Shrimp have more than managed that
on their own. Thinking of adding one last shoal of fish, haven't quite
decided what. I like the idea of Rainbow Fish, don't know if they're
suitable. Might move the Platties to the big tank. Maybe. Need to
consider how they'd cope with the Clown Loaches and Silver Shark already
there.

The planting and hardscape are continually evolving. Intend to add a top
layer of sand substrate to cover the Aqua Grit and give the bottom some
more weight. The grit is a little too coarse for the lighter cuttings.

Half wish I could empty the tank of stock and start again, as I've
learned so much since starting this in April. But we are where we are.
Overall, generally very pleased with how this one is turning out, so
can't complain.
Posted by tatali0n No comments: 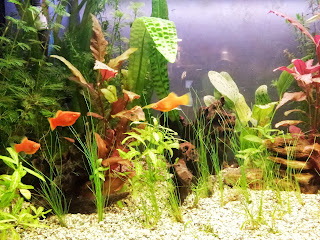