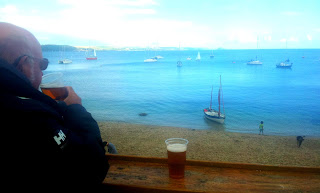 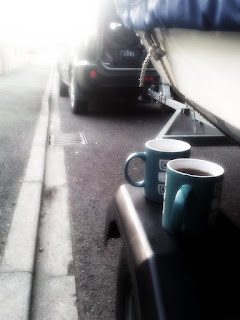 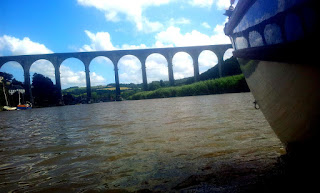 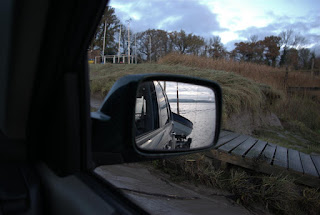 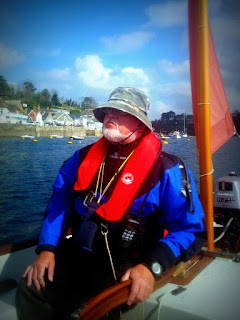 To see a world in a grain of sand,
And a heaven in a wild flower,
Hold infinity in the palm of your hand,
And eternity in an hour.

The sailing season is over now until it starts again March, at least as
far as Frampton is concerned. After breaking Penny's mast and smashing
bits off her hull, H & I put the insurance money from the write-off
towards another Enterprise, Buffy.

A Tony Prior hull, and a little newer and considerably less battered
than Penny, she brought an immediate improvement to our results. We took
4th place overall in the Winter series at Frampton in the end, narrowly
missing out on 3rd, and have high hopes and ambitions for the events of
this coming year.

Penny languished in a garage for six months, whilst we ignored her
repairs in favour of sailing Buffy. However, over the Christmas break we
had some help gluing her back together, painted the hull and
re-varnished the decks and fitted her with an old, second-hand mast. We
have a few last bits of re-rigging to sort out this weekend, then she'll
be back on the water with my son Ben at the helm.

Just in time for what we hope will be an out-of-season friendly at
Frampton a week on Sunday, if enough people turn up to race.

Aside from racing and breaking Enterprises, Dad and I had plenty of
adventures in the Lugger, both on the Severn Estuary and further afield.
A number of personal firsts, from a weekend away exploring the Tamar and
Plymouth Sound, to sailing the Gloucester Ring, including a night time
crossing of the estuary on the return leg, to finishing with an
overnighter upriver and back to Framilode, where we roughed it on the
riverbank at the top of the Noose whilst waiting for the following
morning's tide to carry us the rest of the way back.