The month is almost out, and I realise, with not a little surprise, that I've not posted up here since September. Life has been busy. October has kind of sped by. But I'm still here, and we're all happy and well. 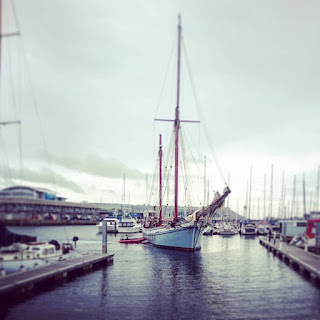 Back at the beginning of the month, Dad declared that next year he'd very much like to move Calstar around the corner and into the English Channel. His opening offer was Exmouth. Not completely against the idea, but not overly enamoured about the restrictions of getting in and out of the marina there (can't get through the bridge at the entrance after the restaurant closes at night) I suggested we pick somewhere in Plymouth instead.

Not too much of a further drive, but unrivalled access to open water, and a day's sail from some of my favourite Cornish haunts. So rather than sailing the first weekend of October, we took a day trip (by car) down to Plymouth to have a look around.

The photo above was taken as we were being given a tour of Sutton Harbour by the marina office there. 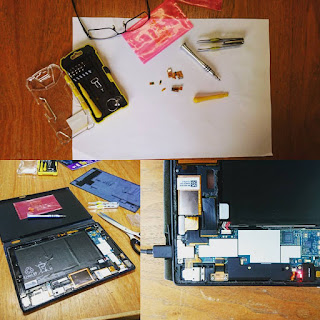 I did open heart surgery on my trusty old Xperia Z tablet. The USB charging socket had been degenerating for a while, and had finally failed; either salt induced corrosion, or physical damage, it's led a demanding life.

I've been living with Dad's iPad and Navionics for most of this season and whilst it does the job, I'm not a great fan. I was going to throw the Xperia out and buy a new tablet, but in an idle shift of fancy, decided to have a go at replacing the USB socket.

The replacement part, sourced online, cost little more than a fiver. The tools needed cost a little more. Removing the back, glued securely on and not intended to provide user access, was a tortuous affair. I then removed the failed USB socket and replaced with the new component.

Plugged in. No light. Then I noticed a "stray" resistor sitting on the battery. A closer look revealed that in removing the back of the tablet, I'd caught the power switch circuit, and severed one of the components.

The same company that provided the replacement socket also provided a replacement powerswitch and circuit. Again, little more than a fiver, and delivered via the post the next day.

The red glow in the bottom right insert of the above photo shows the happy conclusion.

The Xperia is back in service. I'm not entirely confident it is as water resistant as it once was, but it's not as if I actually go swimming with the thing. Only sailing. In occasional rain and inevitable spray. We shall see how long it lasts, but every trip it makes from here on in is an unexpected bonus. 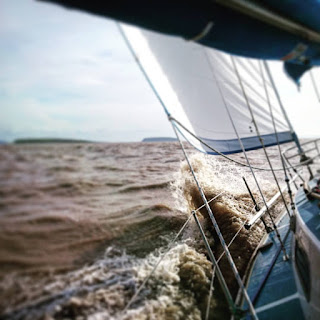 The weekends have been a bit full. By the time we get to the end of the year, the band will have played 46 gigs, and I will have been at every one. Realising I wouldn't get much chance of sailing with Dad with the weekends being so busy, I booked a Friday off early in the month and we took a trip out of the Bay and around nearby Flat Holm. 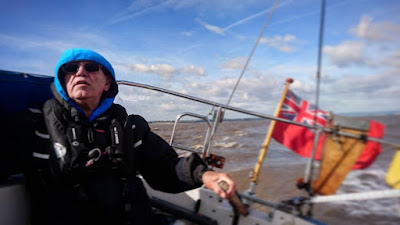 It was a very low spring tide, so although the winds were forecast to be relatively light, in the end the day delivered more wind than promised, and with so much water flowing, the numerous races between Lavernock and the Holm were in boisterous form.

It made for a lively sail and a very enjoyable afternoon's sailing. 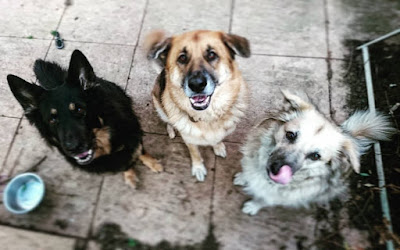 The dogs and kids are well. Although in principle two of the three kids have now moved out, leaving only their younger brother at home, the middle one has been regularly coming home every weekend. He's living down in Bristol now, where he's settling into his first year as a science teacher, but apparently the convenience of our washing machine and tumble-drier are too much for him to resist.

And, despite his decision to work in Bristol and so move down there (it was where he spent his three years at Uni so he has an affection for the place) his friends live up here, so he's continually drawn back to see them at weekends. 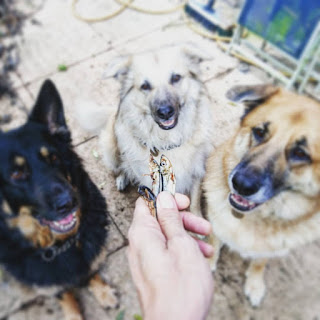 Ending the month in similar fashion to how we began, Dad and I took another day trip down south to look at marinas, this time Torquay and neighbouring Brixham.

Dad was quite taken with Torquay. Closer than Plymouth by about twenty minutes drive, it is an undeniably lovely spot. A bit too "busy" for my personal taste, as it's a classic English seaside town and a tourist spot, but that appeals to Dad, who spends as much time visiting the boat whilst I'm at work during the week as we do sailing her.

Personally, I favour moving to Queen Anne's Battery in Plymouth next year, putting us within a day's sailing of either Fowey or Torquay as the mood and weather dictates, and keeping Torquay as a destination, and not a base.

Plenty of time to think about it still, however. And whichever new home we choose, getting the boat there next spring is going to be quite the adventure. 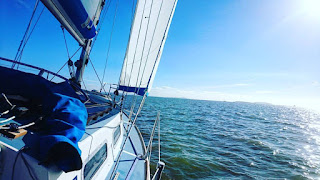 Once more not having any time to sail last weekend, I snuck out of the office again on Friday to go for a sail with Dad. In contrast to the low water spring tide at the beginning of the month, we had a high water neap; with relatively little flow in the water, the corresponding reduction in silt almost made the sea look blue.

With little wind, we simply pottered about in the Penarth Roads outside the Barrage, Dad at the helm for the three hours we were out. He's taking much more interest in the actual sailing of the boat these days, so it was a good opportunity to practice gybing and tacking in the light and forgiving conditions. 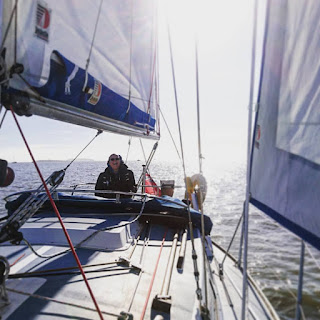 With blue skies and calm seas, you could almost be forgiven for forgetting that winter is just around the corner. But the leaves are almost all gone from the trees now, and with the clocks slipping back last Sunday, it's now dark by the time I'm driving home from the office in the evening.

I was still in shorts when running the Safety Boat for a Laser Open on the lake at Frampton this last Saturday, but we did have the first frost on the car windscreen when setting off for work this morning. 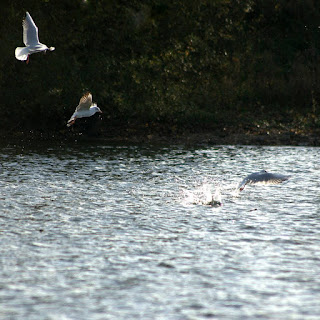