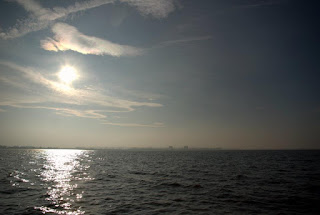 The planned sailing itinary for 2013:

May
11th & 23th Upriver Frampton Pill cruise in Drascombe with LYC
26th LYC Bullo Banger in Drascombe [but clashes with a gig that
evening.....]

So November's looking a little quiet. Though the above isn't accounting
for the Club Championship series at Frampton, or any of the racing
series beyond the start of the Spring Handicap in March or any of the
odd bits and pieces we'll invariably get up to at Lydney. In reality,
November will probably be completely occupied with the Frampton Winter
Series. It's usually the one we get most chance to focus on.

Aside from the above, I'd like to get back to Plymouth for a weekend
with Dad and the Drascombe, and would like to fit an upchannel cruise
with Dad out of Lydney, taking us over the Llanthony Wier on the tide
and then hauling out at Lower Lode below Tewkesbury.

Also really, really want to get at least one downchannel cruise in with
the Drascombe this year, and sail under the Severn Bridges with Dad.
There are two Portishead cruises with Lydney in the above plan that
might realise that. Circumnavigating Lundy will have to wait for another
day I suspect.

The Club Championship at Frampton is going to be too interupted for us
to do well at this year, but it would be nice to get some glassware for
one of the club series, after having come so close last year. That'll be
an ambition for the Winter Series.

Ben (boy_v1) heads off to Uni [with a bit of luck and a following wind]
come September, so we'll have to see how that impacts things.

Other ambitions will be to sell the Europe and the sadly neglected
Topper once the weather warms up, and if Ben doesn't race her regularly,
Penny will also have to go. If finances stretch to it, then it would be
nice to replace the sails on Buffy.

Main ambition however is just to get back out on the water ASAP. Will
try for this Sunday, I think!
Posted by tatali0n No comments: 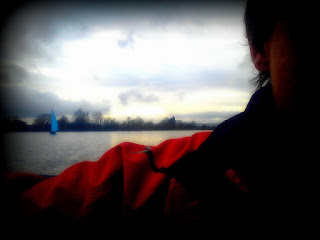 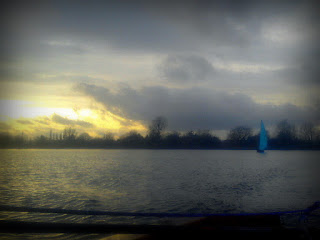 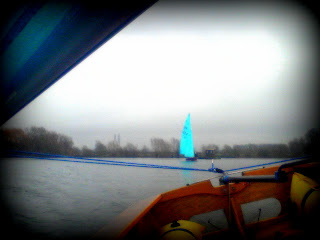 I do dislike this time of year.

Without the fixture of the routine Sunday racing every weekend, my weeks
feel cast adrift and start to blur into each other. Even the annual
work-parties that usually put such demands on our time out of season
seem, for some reason, disjointed and quite irregular this year.

Of course, I could just go sailing anyway, and we did just that a couple
of weeks ago, relaunching Penny and then racing my son around the lake
for a very pleasant afternoon [and do note from the photos above that
he's BEHIND us :) ]

But the more typical story is wake up Sunday morning, a little groggy
from the Saturday night before, look out the window, think "Meh, not
enough wind to bother with" and then get distracted by something else
for the day. Next thing you know the wind picks up into an unexpected
blow and you've missed a fantastic day's sailing and the weekend ends
and Sunday passes with all the impact and consequence of a damp squib.
That was this Sunday just gone. I think. It's actually kind of hard to
picture it now.

And I must look up what a damp squib actually is.

I've never regretted going to the effort of actually heading down to the
water, rigging the boat and setting sail. I've frequently regretted not
bothering because it didn't seem worth it at the time. You'd think I'd
learn.

Never mind, February is almost over, and the racing season relaunches
itself on Sunday 3rd March. Not long to go now.
Posted by tatali0n No comments: