The weather has calmed down significantly now, though it's still blowing 4's and 5's and the neaps have given way to springs.

We could've put out from Cardiff today, but there were still 5's and 6's in the forecast down-channel, and nerves and confidence are still a little shot, both mine and the crews. So we elected to hold back another day and instead took the Aquabus up river to Cardiff Castle and played at being tourists.

We'll either head for Watchet tomorrow afternoon, or head for Barry in the evening and make a bid for Ilfracombe Sunday morning. The Lydney Fleet are heading out with this evening's tide on their annual cruise, so will start filtering in tomorrow and Sunday. There are friends among them it'd be great to catch up with, so I might sway my plans by what unfolds with them. 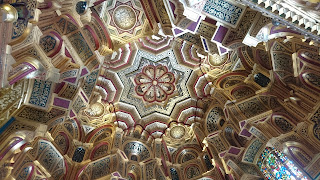 The weather should improve as the week wears on, so a little delay doesn't hurt.  I'm itching to sail again, but leaning to caution, as much for the confidence of my crew as my own. 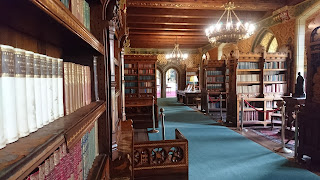 Cardiff Castle was very interesting. We were going to take the boat over to Mermaid Quay this evening and eat there, but all the trekking about (and a beer for lunch, I suspect) has quite worn Dad out, so rather than fussing with the boat, we're probably going to have supper at the Spanish restaurant in The Old Customs House by the marina. 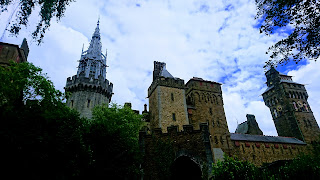 An unrelated aside: I thought I'd lost Sunday's GPS track when the battery went flat in my watch towards the end of our journey, however I discovered this afternoon that the track was still there. 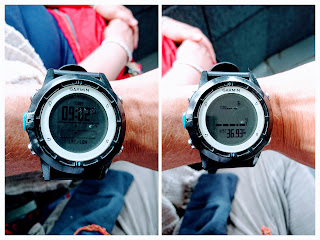 It turns out we covered a shade under 37nm in just over nine hours. I'm not sure it's fair to count it though as about 16 of those miles were covered attached to the tow rope of the Barry Lifeboat.
Posted by tatali0n