One boy and his dog 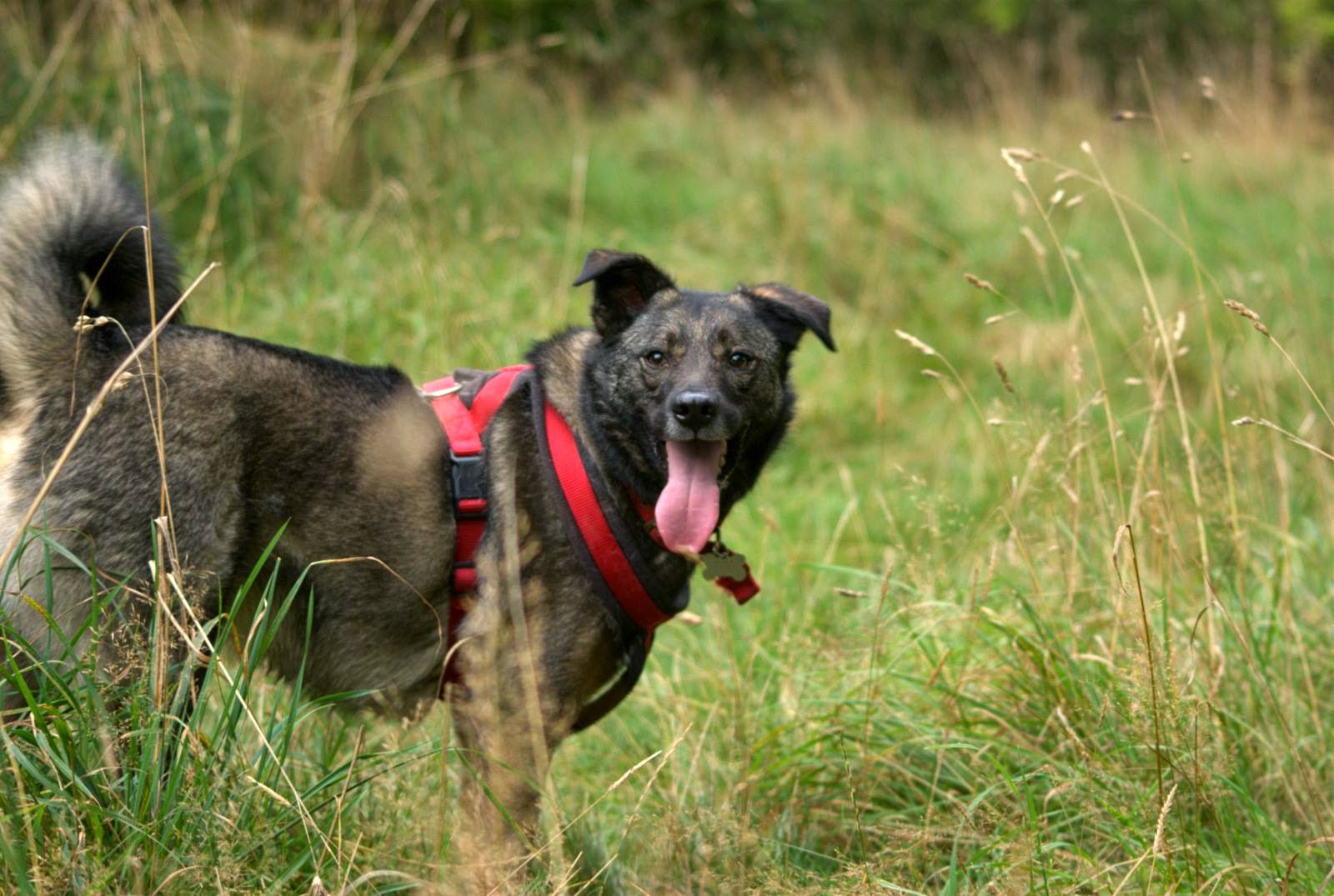 Frankie was an unassuming, desperately shy and nervous cross-breed yearling that we took in to foster very early in 2013. Refusing eye contact, tail between his legs, furtive and anxious, he really didn't sell himself. Then  on his second day with us, just me and him, I took him out for a walk, and as his feet pattered down the road, his tail came up curling over his back as it wagged, and he looked back at me over his shoulder and gave me the cheekiest, sweetest doggy grin. My heart melted.

Some few months later, I was despairing of ever finding this sweet lad a home. Shy and anxious around strangers, damaged by his early life experiences, nobody ever got to meet the Frankie I'd grown to know and love. 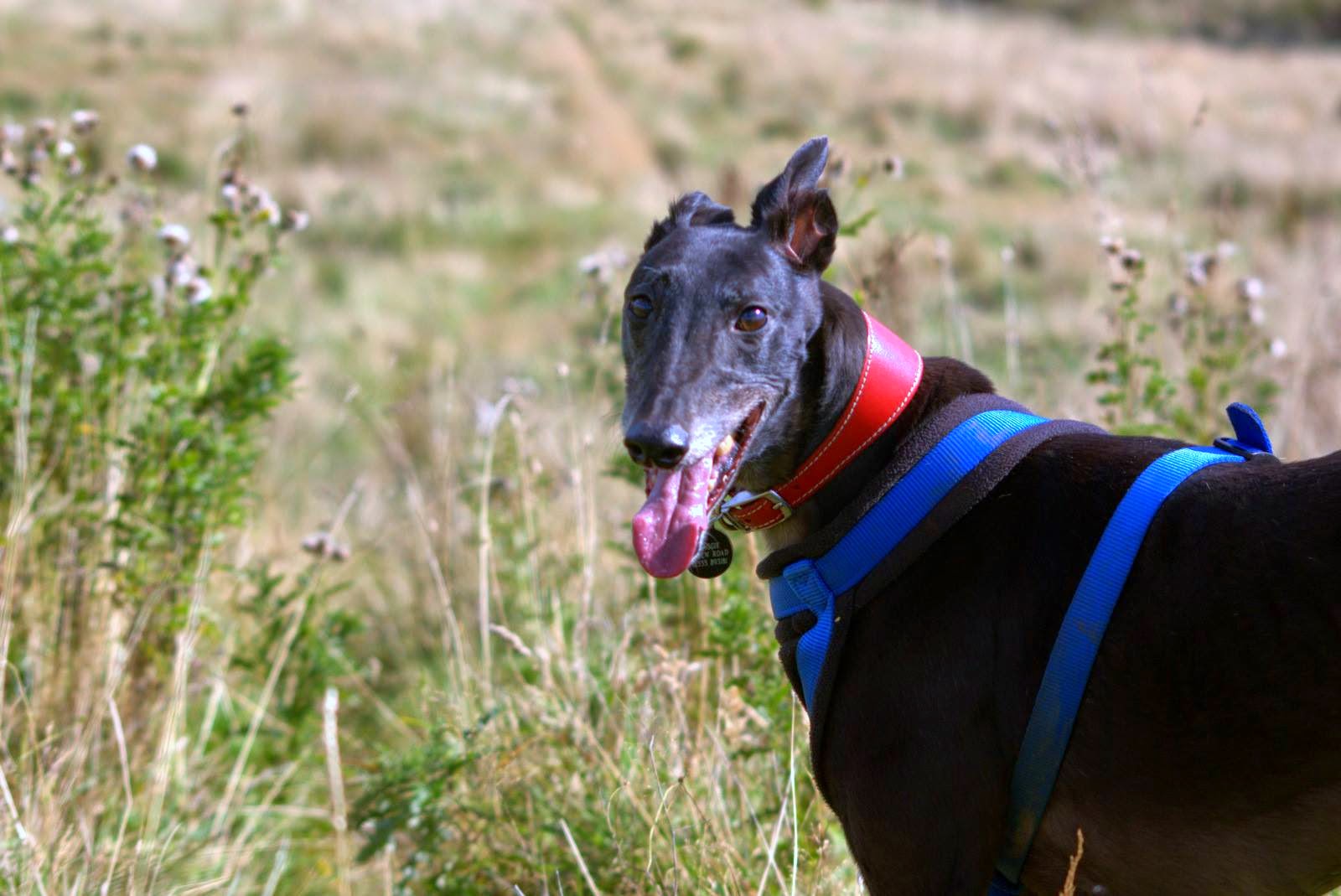 A sweet friend of old, Sandra, whom I'd gotten back in touch with via Facebook but hadn't seen since we'd left Kuwait back in 1990, had been following his story and she and her wee lad Charlie had fallen as much in love with him as I had. Sandra, with Charlie complicit, eventually convinced Gavin that they could offer Frankie the home he needed. Sandra has a gift for healing damaged things and nurturing strength in hearts that doubt themselves; it seemed ideal. The only catch was that they lived in Scotland, in a small town a south of Glasgow.

Leaping at the excuse to see an old childhood friend again and meet her family, I volunteered to drive Frankie up to meet them, and last summer, Nik and I did just that. 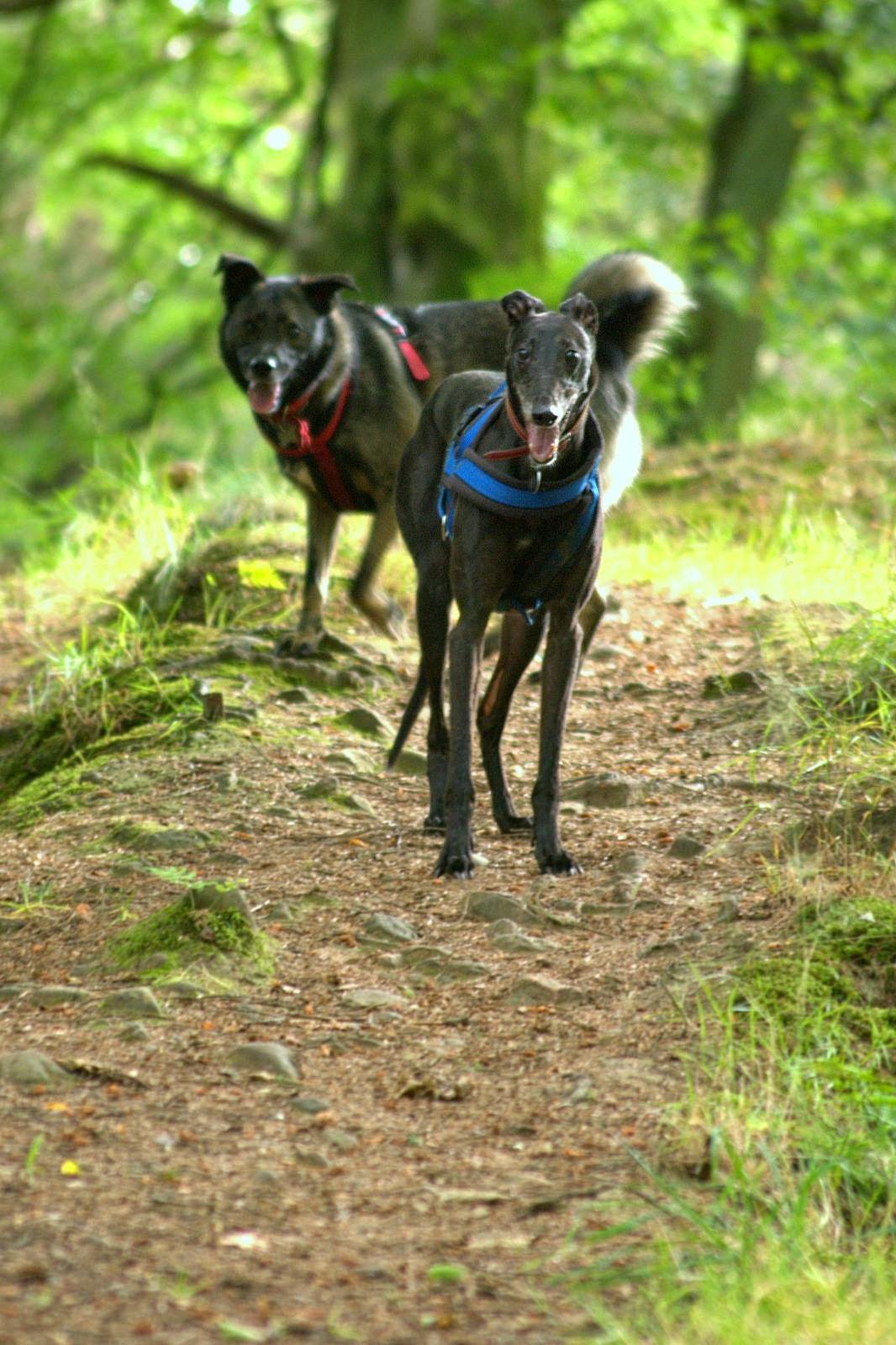 We'd been promising ever since to go back and see them again, to catch up and, ostensibly, to check on Frankie, though we knew he was flourishing. Last weekend the moons aligned, Ben agreed he'd look after our own dogs for the weekend, and Nik and I headed north once more.

It was a great weekend. Charlie is the wee lad in the pictures accompanying, arguably as quiet and as shy as Frankie, but for his own reasons. The greyhound is Maggie, a rescue from earlier years, lovely and gentle, and as timid as the other two. Accepting Frankie into their family appears to have brought a youth that she never had back to Maggie and a seed of confidence to Charlie. I'm very proud of our Frankie and grateful to them, and it was lovely to see Sandra and Gavin again. 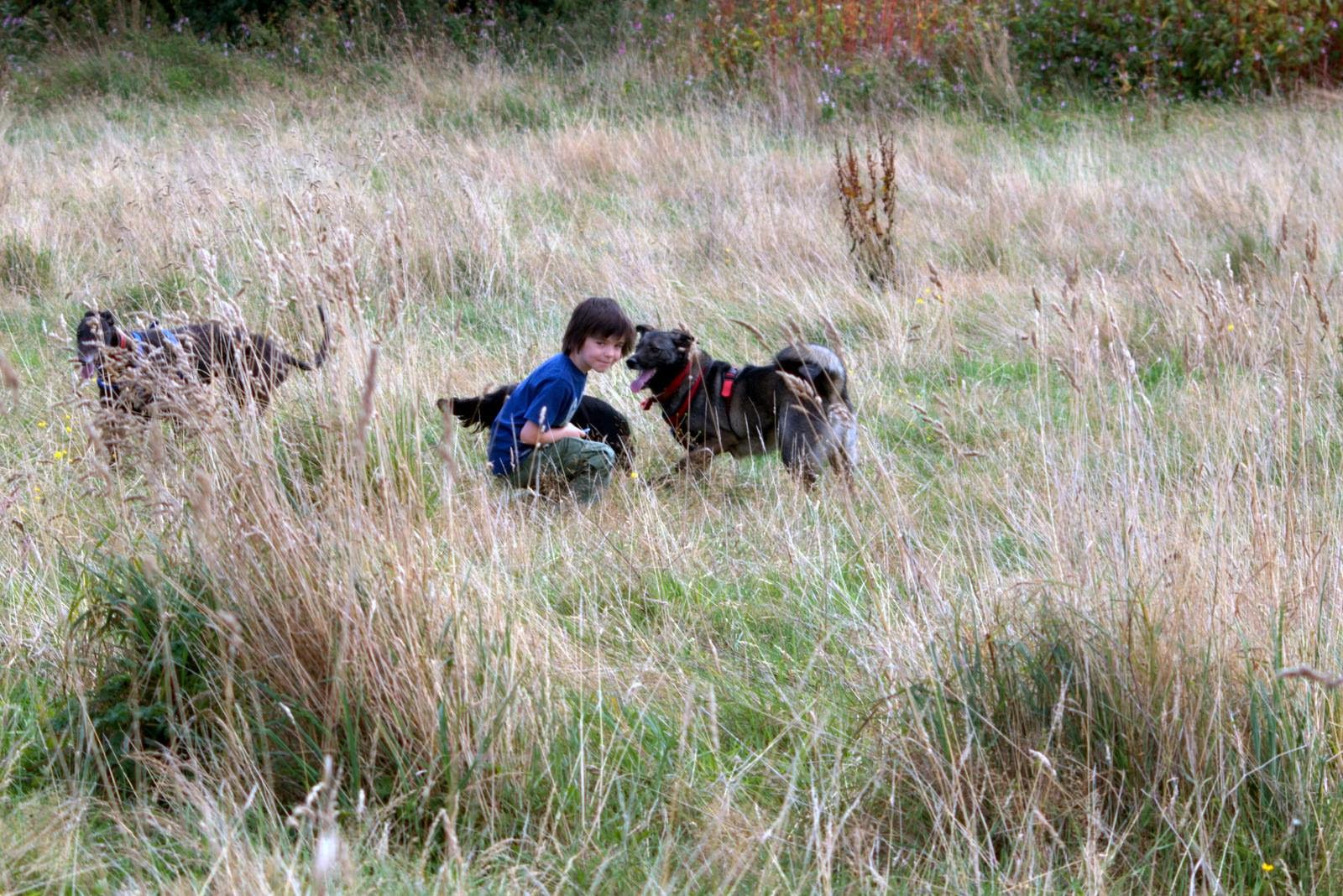 Sometimes my childhood seems like another man's dream, growing up in a country that wasn't ever really mine and isn't really there any more, not as it was. A chapter that was quite suddenly and brutally closed by another country's invasion of my home. In idle moments I think there isn't really anything left of where I grew up and what I grew up with. But I'm wrong, I'm desperately fortunate enough to still have my friends, even if decades often pass between those brief moments we get to meet up with each other. Sandra is one of those friends. 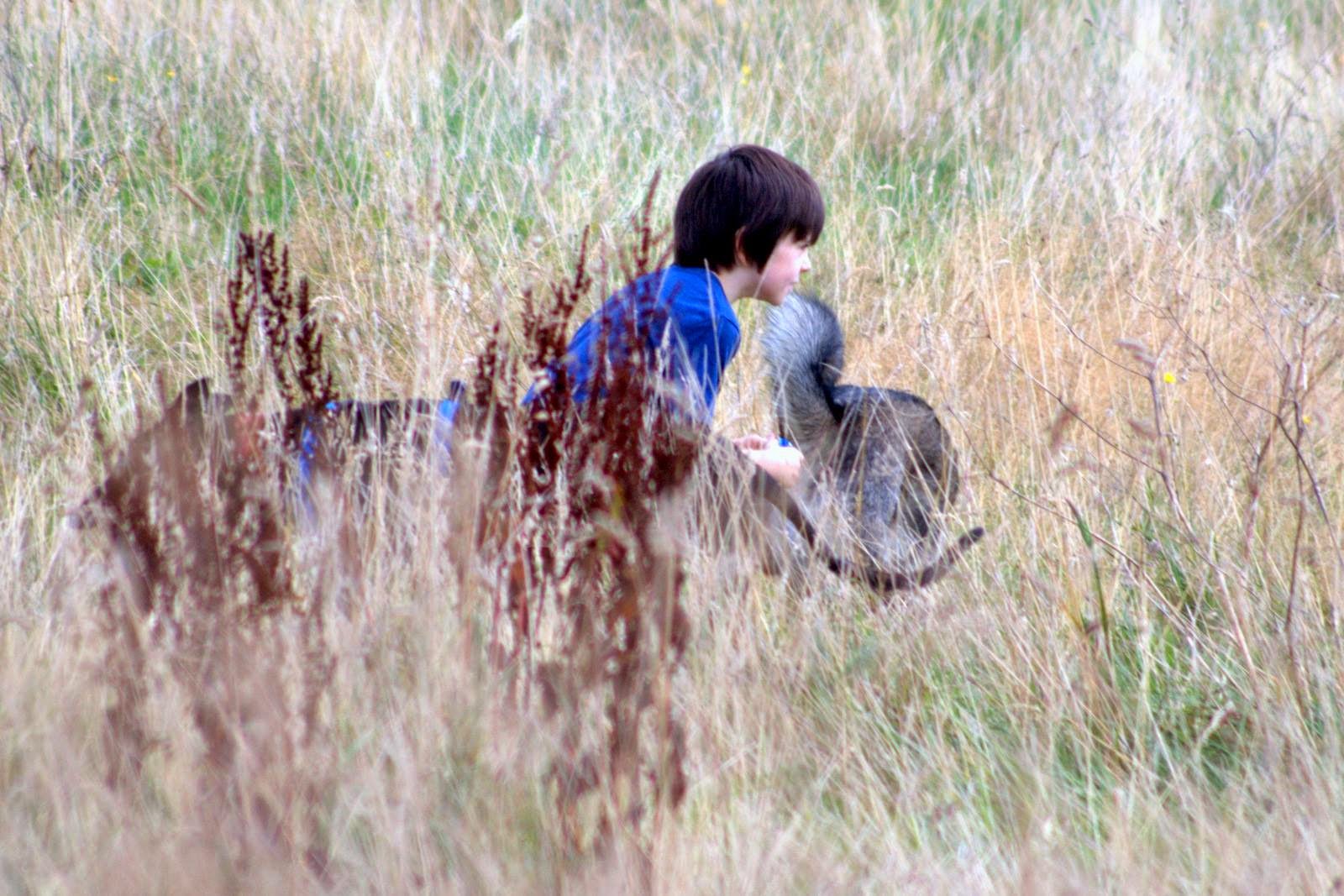 So that's a little of my story. I think the photos of the weekend tell the all else we need know of Frankie's story and how that's going to go from here. 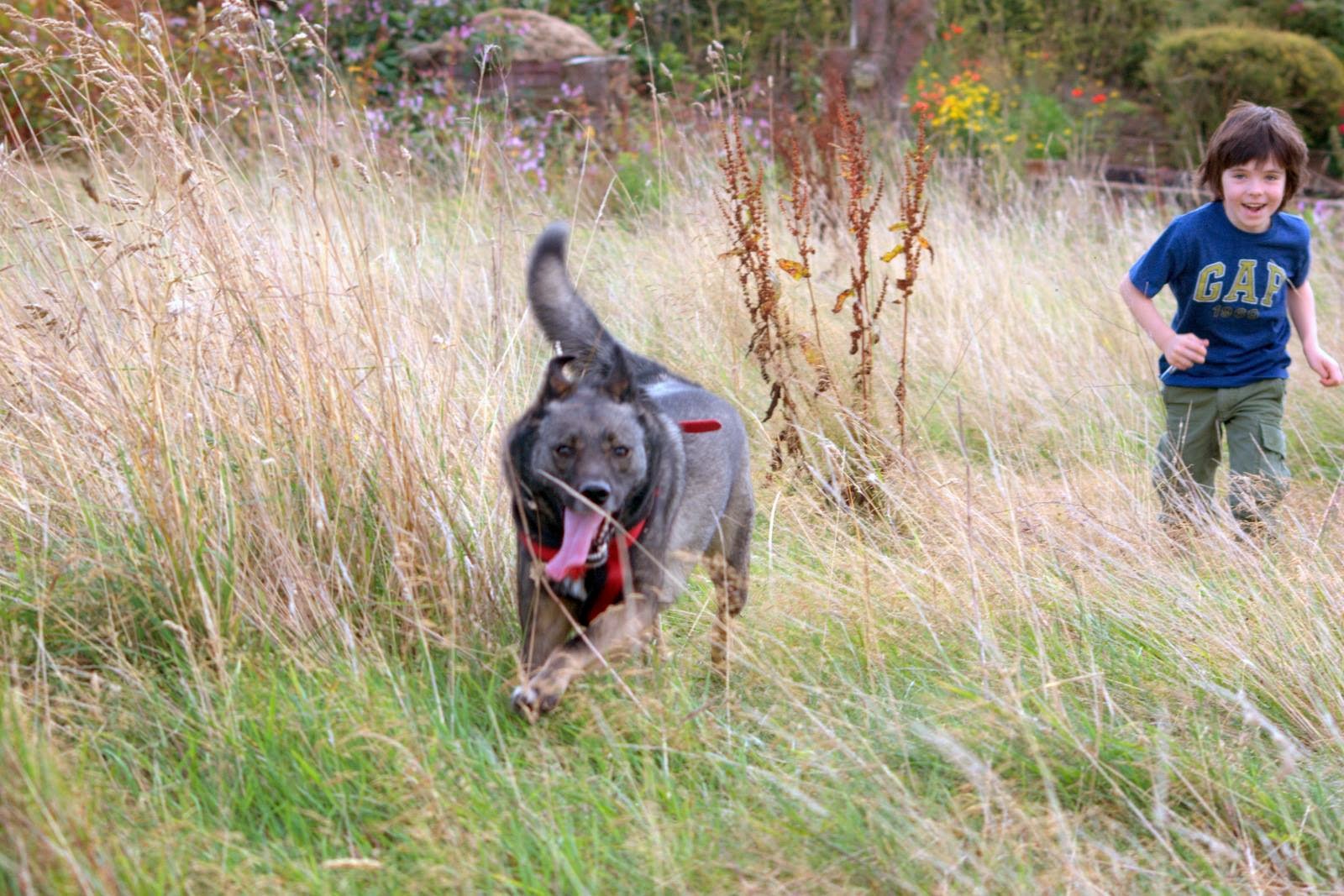