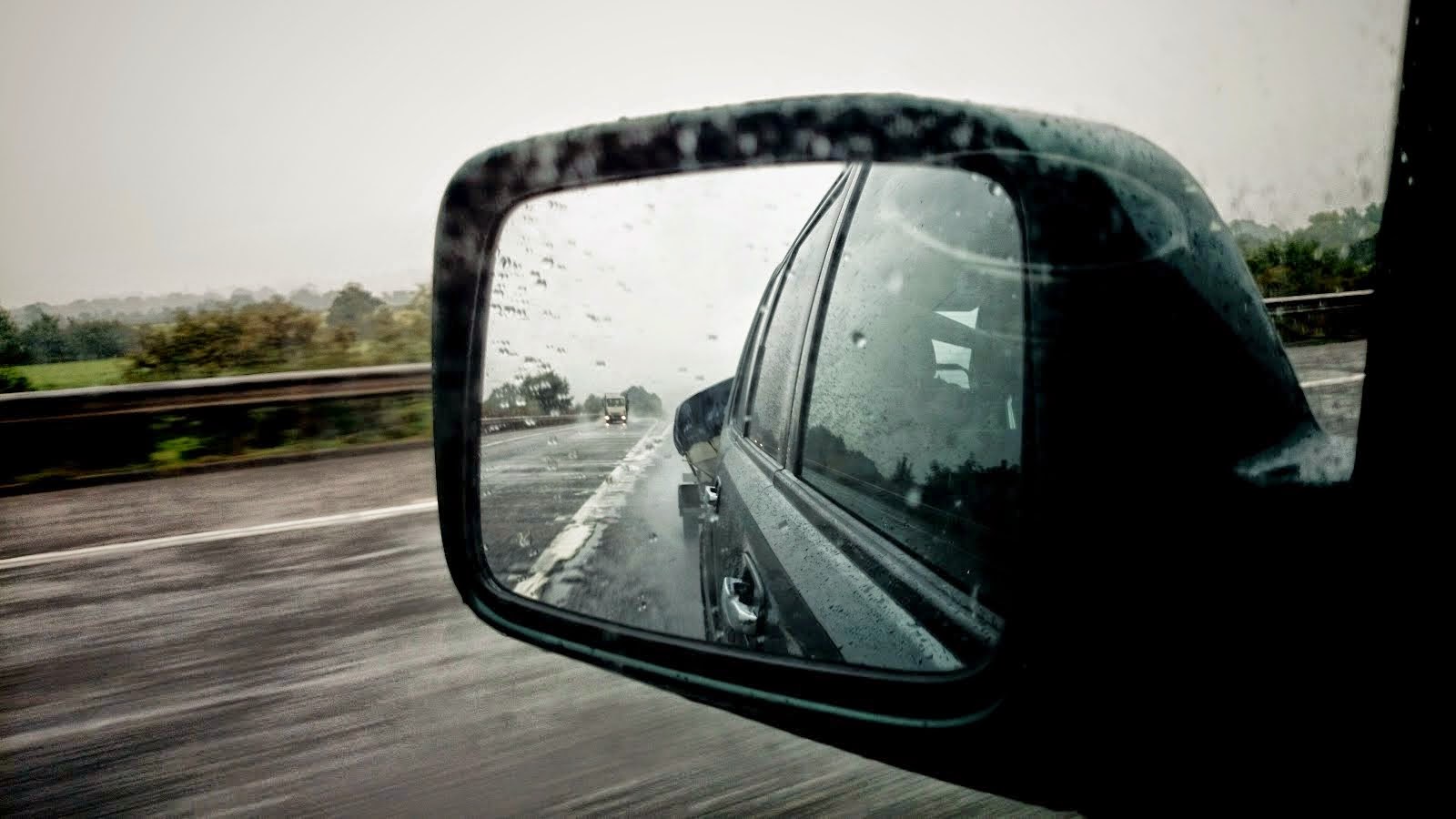 Just back from a weekend Fowey with Dad and Ondine, our last trip there for 2014, though we're definitely going back again next year. Great fun playing on the water, even though the lack of wind meant two out of the three trips were mostly under power.

Set off from home Friday morning in the pelting rain. Sun broke through just as we crossed the border into Cornwall. That doesn't often happen. 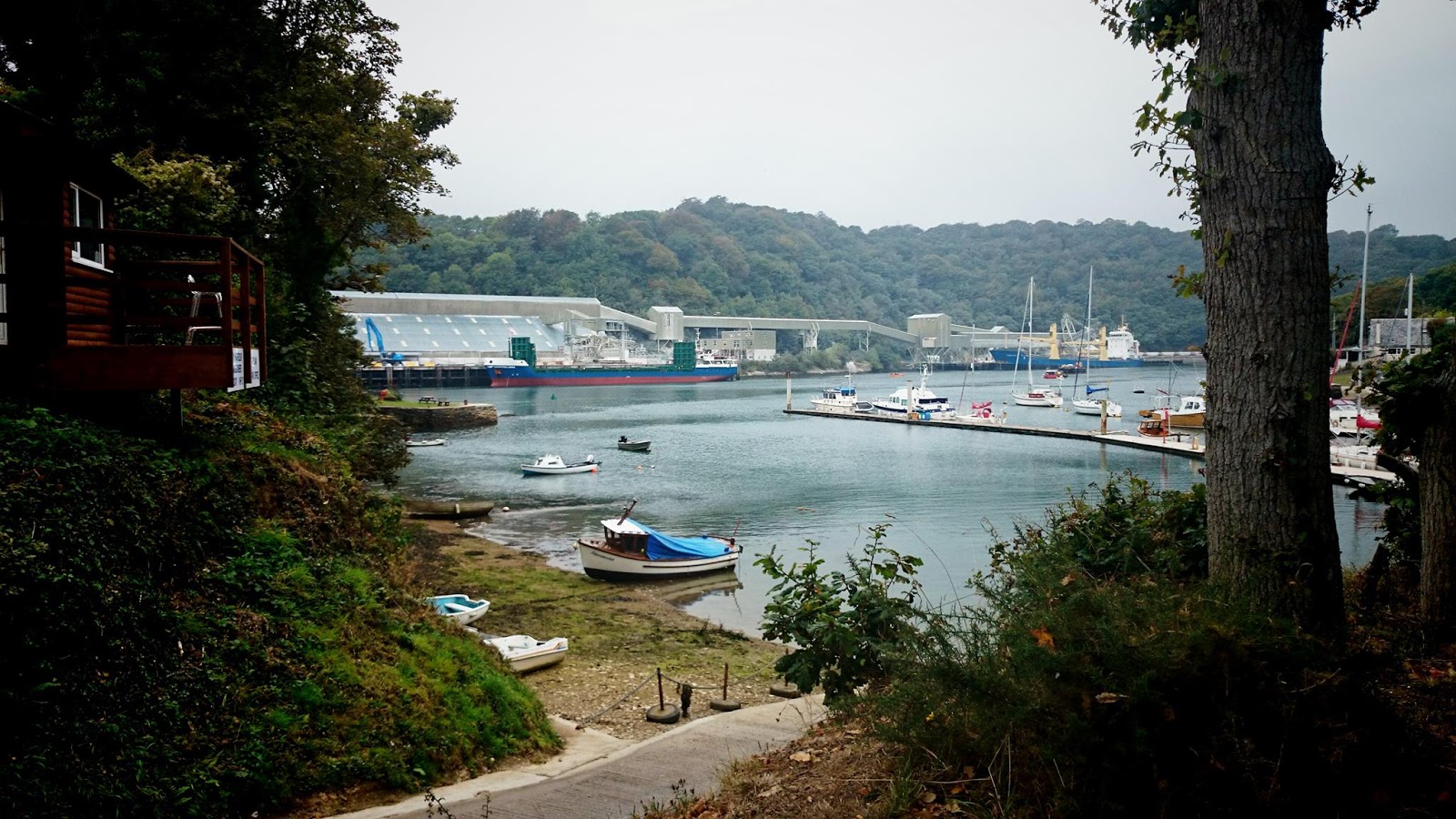 Friday afternoon, we motored around Gribbin Head to anchor inside the quay wall at Polkeris, took the dinghy ashore for a couple of pints at the pub. Met an older couple with a puppy, a man serenading his lady with a guitar and a very dusty bloke with a gorgeous Belgian Shepherd called Thor. The mist closed in as we pottered back to Fowey. First time out in such poor visibility, was quite the experience, but we made it back to harbour safe and sound.

That night, reading in the bar of The Old Ferry Inn, I dropped my phone. Appears the impact with the floor was pretty terminal. Funny enough, the first time I came to Fowey, many years ago, I killed a phone. Albeit that one capsized with me in the harbour, but unlike me, didn't take to a salt water dousing. 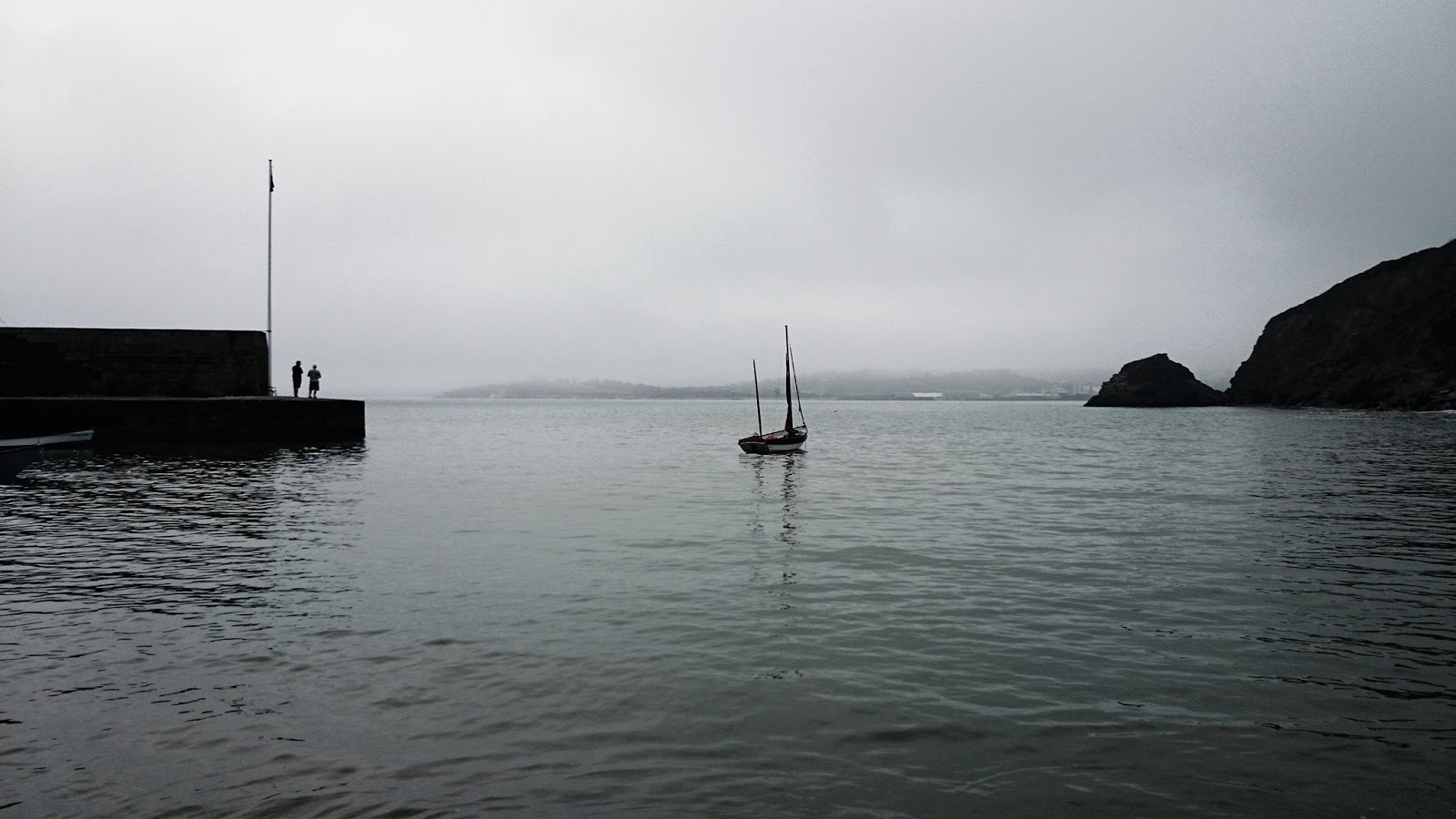 The photo above is of Ondine at anchor in Polkeris. I'd posted it to Facebook as I sat on the patio outside the pub drinking HSD and nattering to the man with the guitar. The following photo I posted here, a whilst later on the way back, just before the mist really settled in. I originally though this was Gribbin Head, but I was wrong. That headland proved to be the next lump of Cornwall along beyond this one. 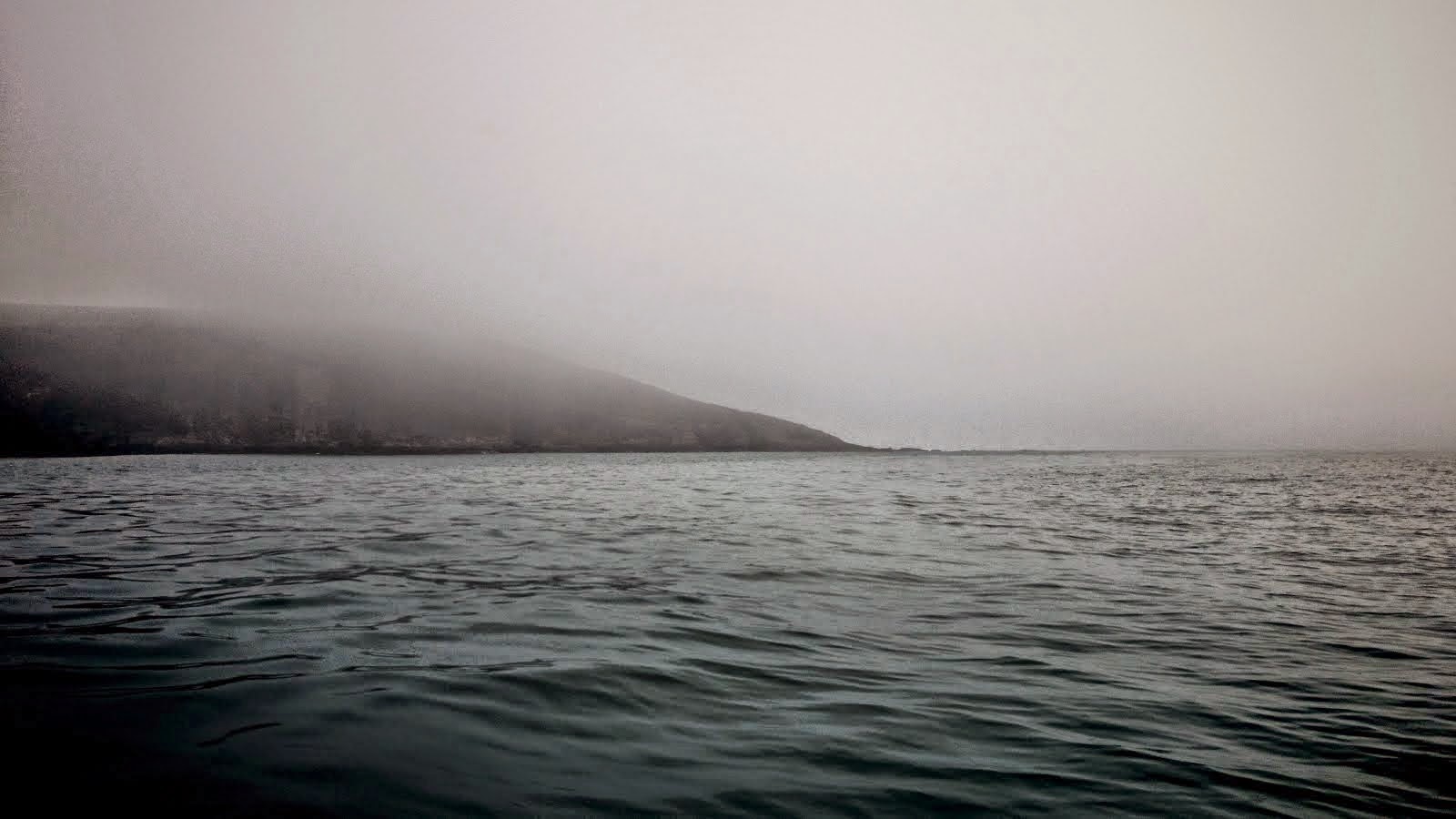 The remaining photos with this post are from Dad's iPhone. Should've taken my DSLR as a backup. Still, spilt milk and the pointlessness of crying over it comes to mind. 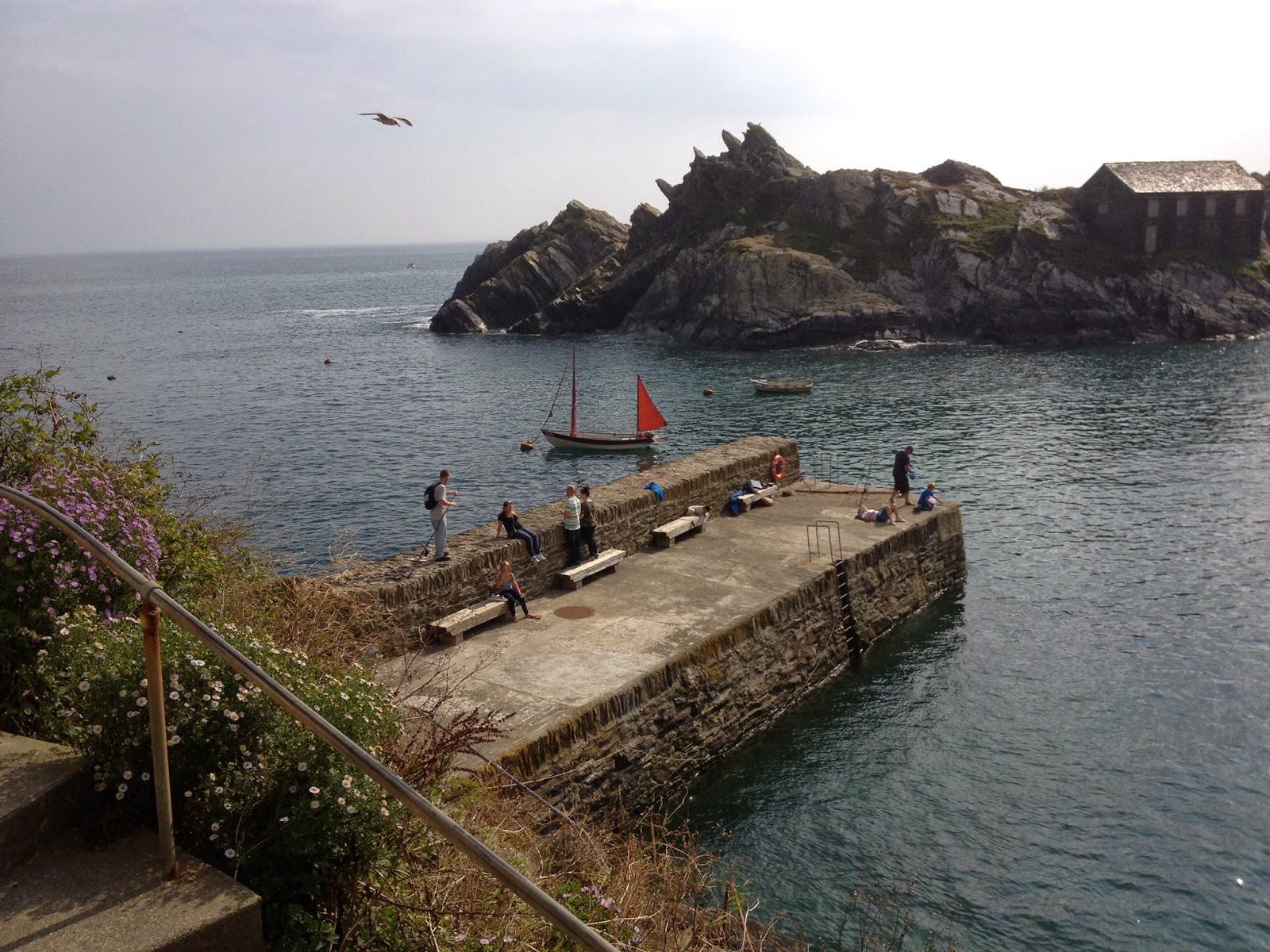 Saturday, with the wind forecast north easterly we headed out to Polperro. What little wind there was died about a mile out of Fowey, so I once again capitulated to Dad and he deployed the outboard. We tied up to one of the visitor buoys just outside the harbour wall and took the dinghy ashore for a couple of pints at the Blue Peter, followed by a walk around the village. 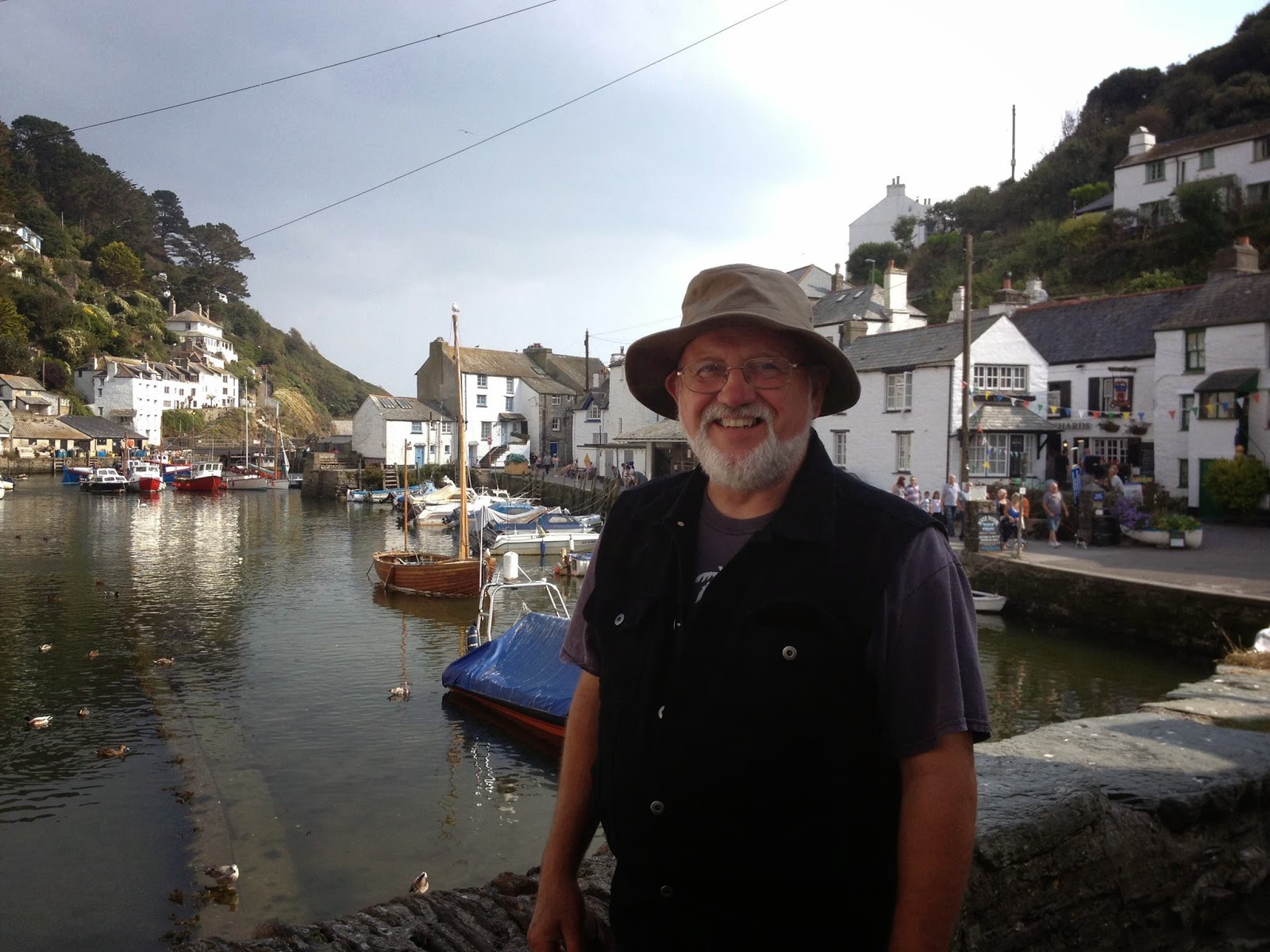 The trip back was quite wet pushing through a now somewhat tumbling sea. We could probably have sailed, but Dad was keen to get back in good time and although the wind had picked up it had backed around west north west, so sailing would have meant a few hours of hard beating back. 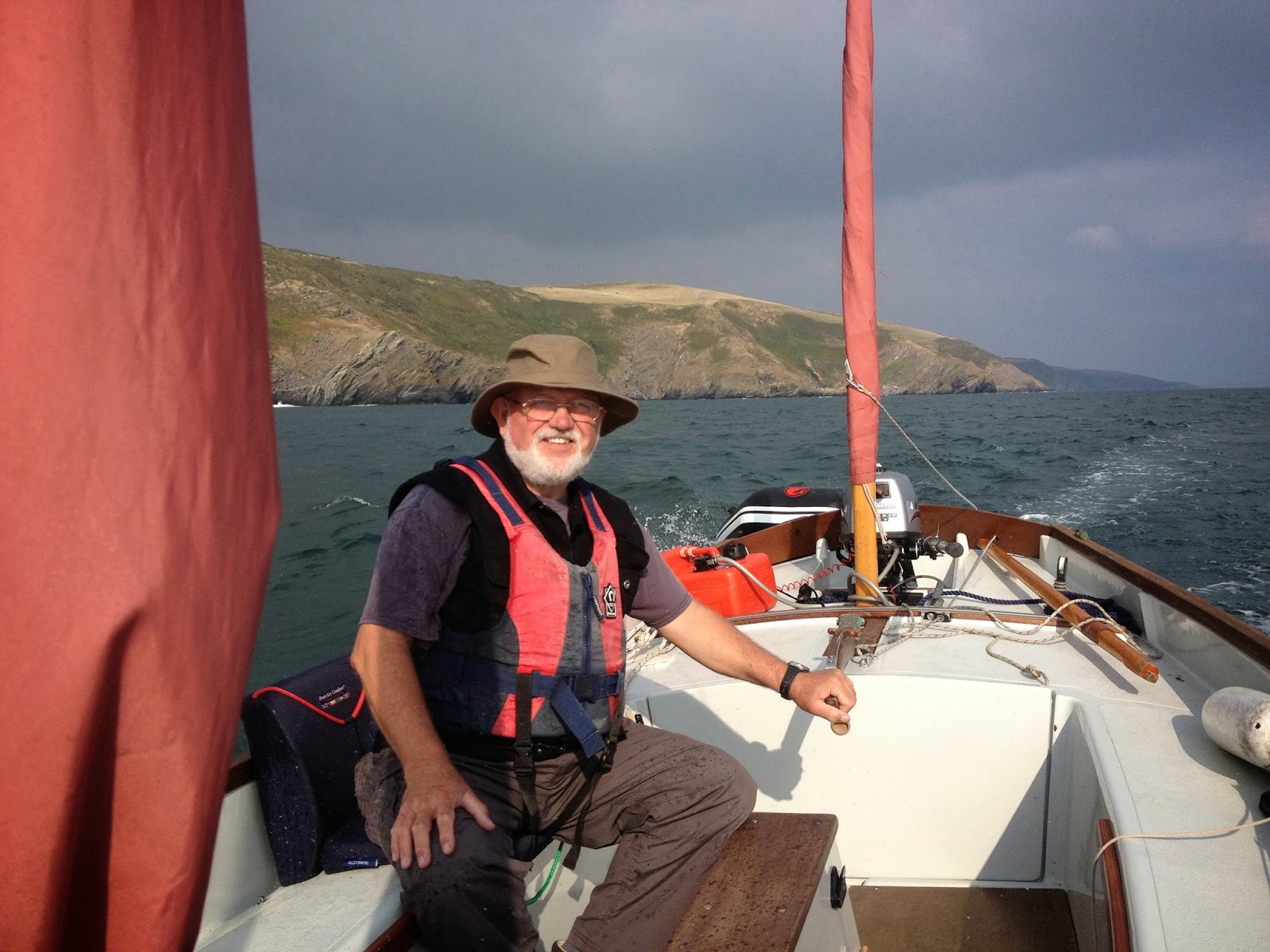 Today, it all came good. A great sail out of Fowey, beating into good wind. The sea was quite churned, choppy waves of up to a couple of meters, every odd one or another kissed with a white-cap. We anchored in Lantic Bay, the sun came out and I spent an hour or so snorkelling whilst Dad entertained himself playing with the dinghy.

The sail back was a slide downwind, me grumbling good-naturedly about the lack of a boom, sailing as deep as I could without collapsing the jib. A gybe outside the mouth of the harbour then came back in under sail through a fleet of racing Troys and Fowey Rivers.

Sunshine, surf, a touch of wind and copious amounts of beer. It was a fine, fine weekend away. I'm almost sorry to be home. Nice to see the wife and dogs again though.