All to play for

We've a stagnant lump of high pressure parked over the UK at the moment. Weather's staying warm and dry, but hardly a whisper of wind to play with. 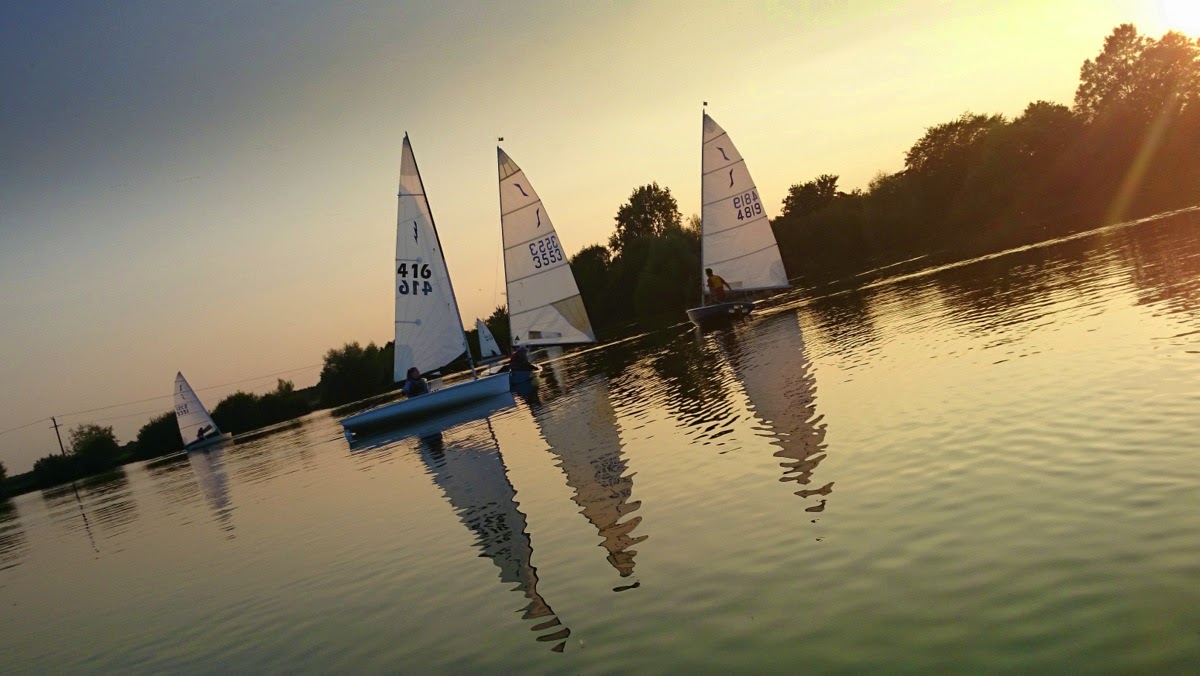 That hasn't stopped us sailing. It has characterised the racing however.

This last Wednesday evening, the race committee did what they could with the conditions, but the course was too long for the drift that the evening turned into. Only one beat, although a good one, then a slalom of drifting reaches and runs back to the beginning made the race something of a stately procession from there. One lap took half an hour, so in the failing light the committee shortened course and brought us in. Not much of a race. 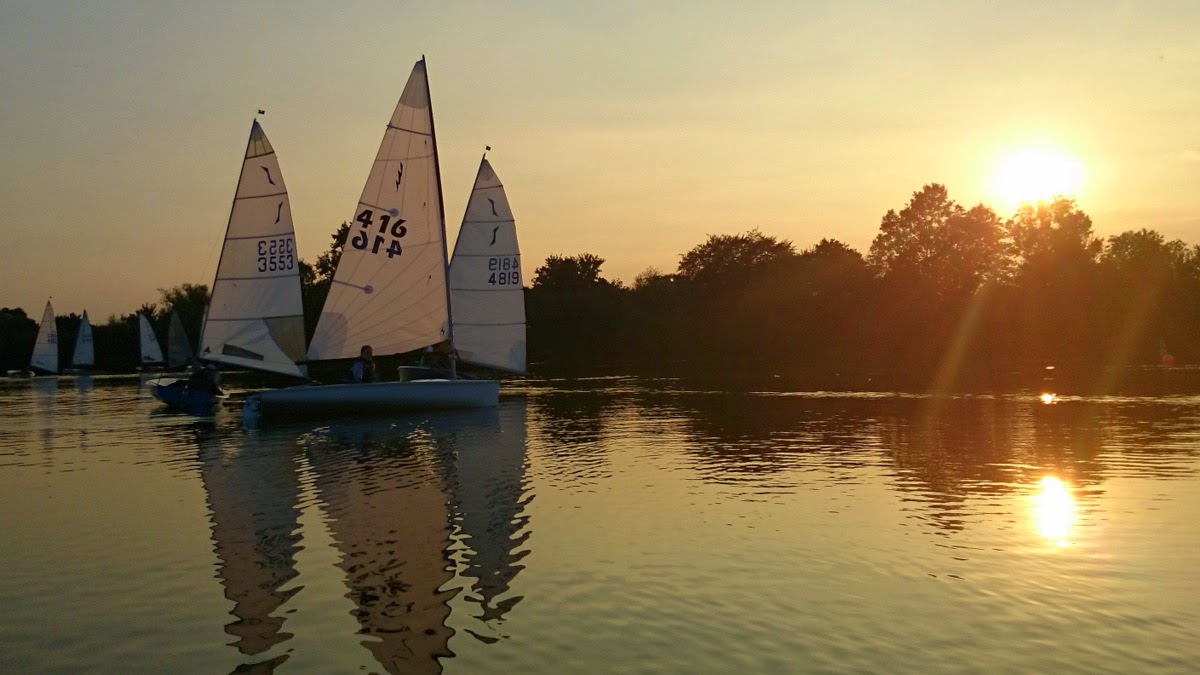 Ben did what he could, after a good start, hung on close to Ghost after she beat us by a whisper around windward, and hoped in vain for a break. Second across the line, just behind Ghost, we both got hammered on corrected time once the handicap of the Moth and Comet trailing us was taken into account. 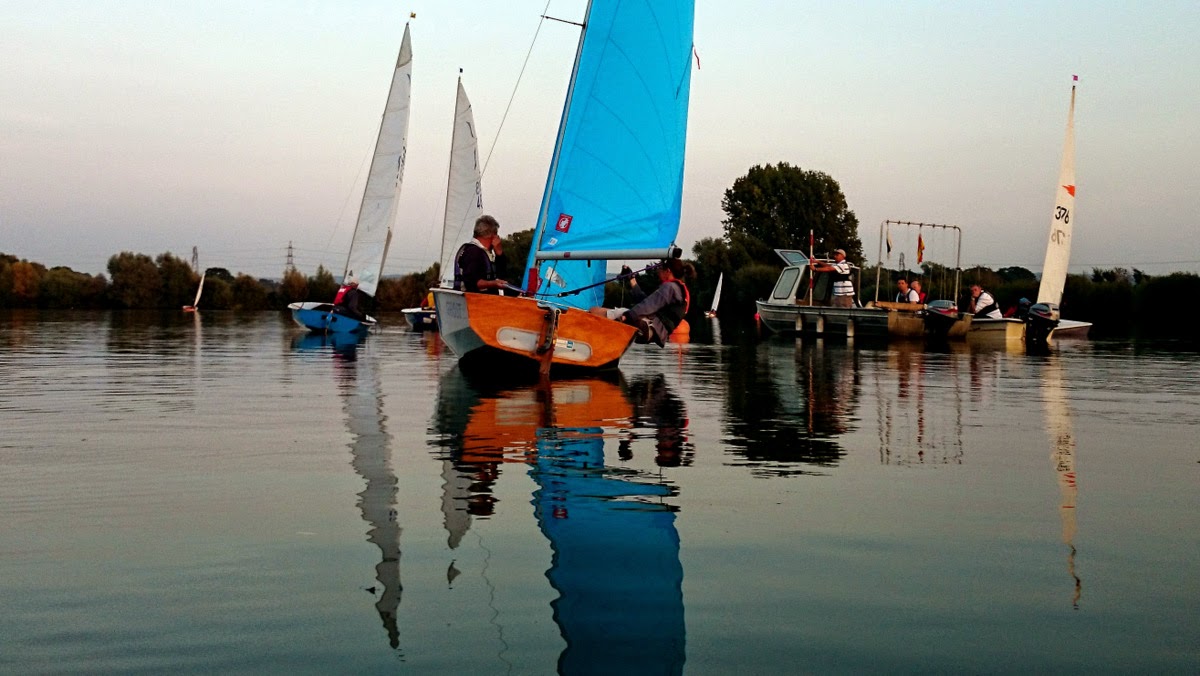 Putting the boat away, I got murdered by midges, which seem to be having an absolute ball with the late, warm autumn. 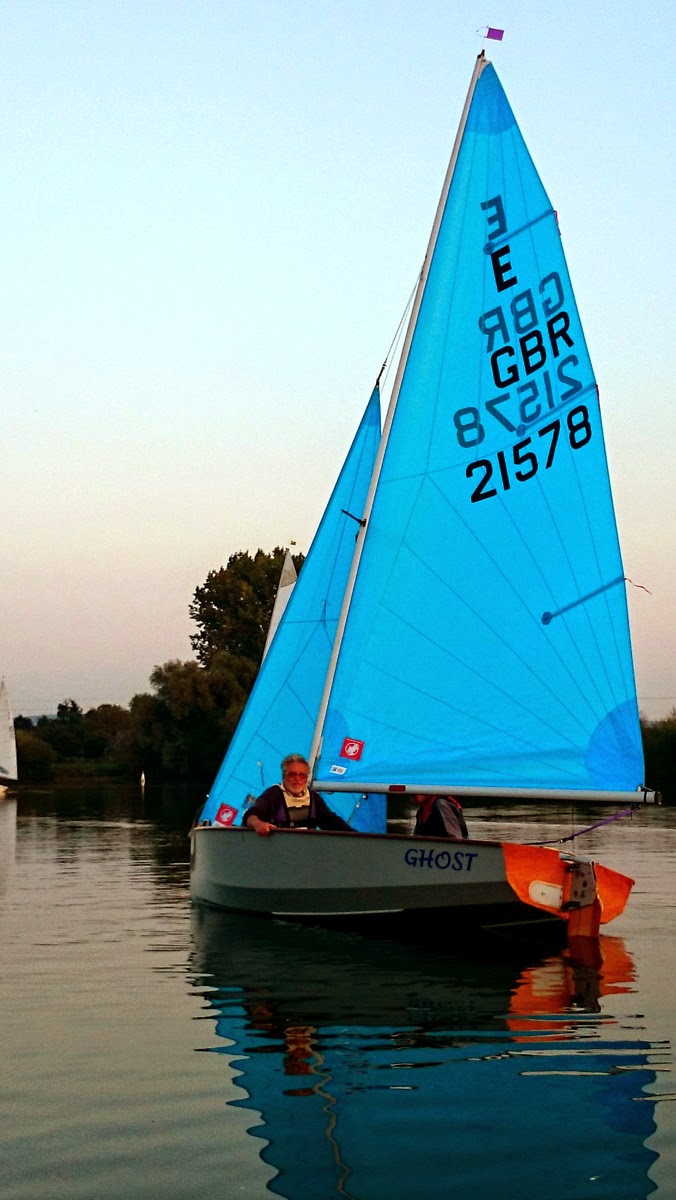 A half hour's sail almost didn't seem worth the fuss of getting there. But it was. It always is. And the evening light made for some pretty pictures. 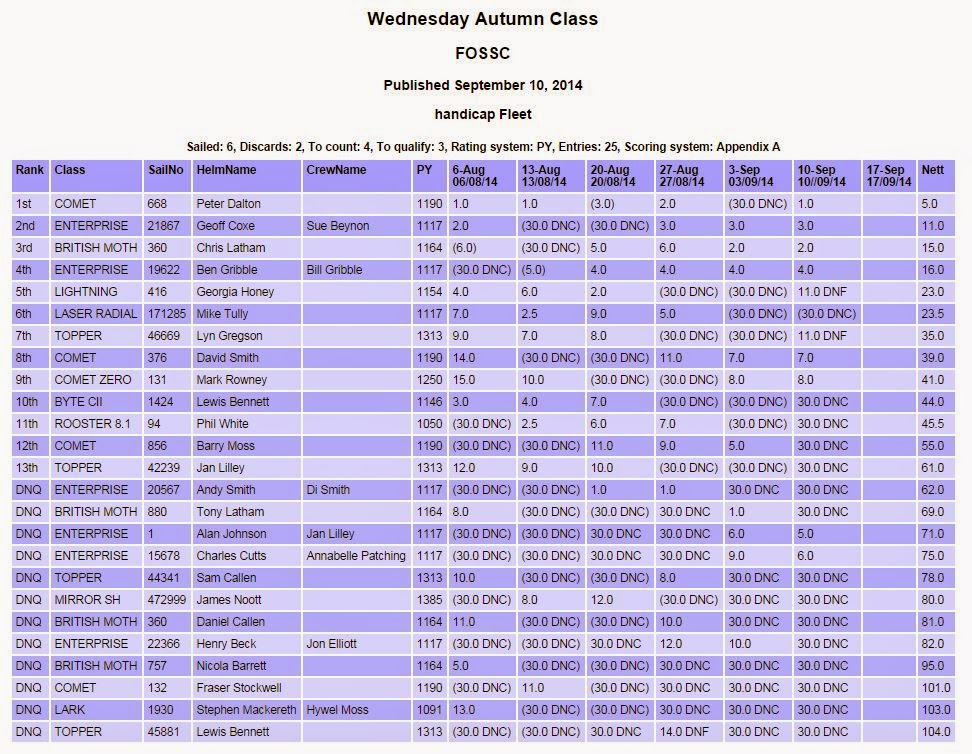 Ben is now sat 4th overall in the series, with a slight, slight chance of pushing up into 3rd place if he does well next Wednesday evening. The only competition we have for it is the British Moth, a light wind boat. That's the trouble with handicap racing. It comes down to a race against yourself. Different classes favour different conditions. Even if we beat Chris in his Moth next week, and improve our overall score, we have to rely upon him beating himself. He has to improve less to hold his overall lead, and his performance will be entirely down to how much wind we have on the night. 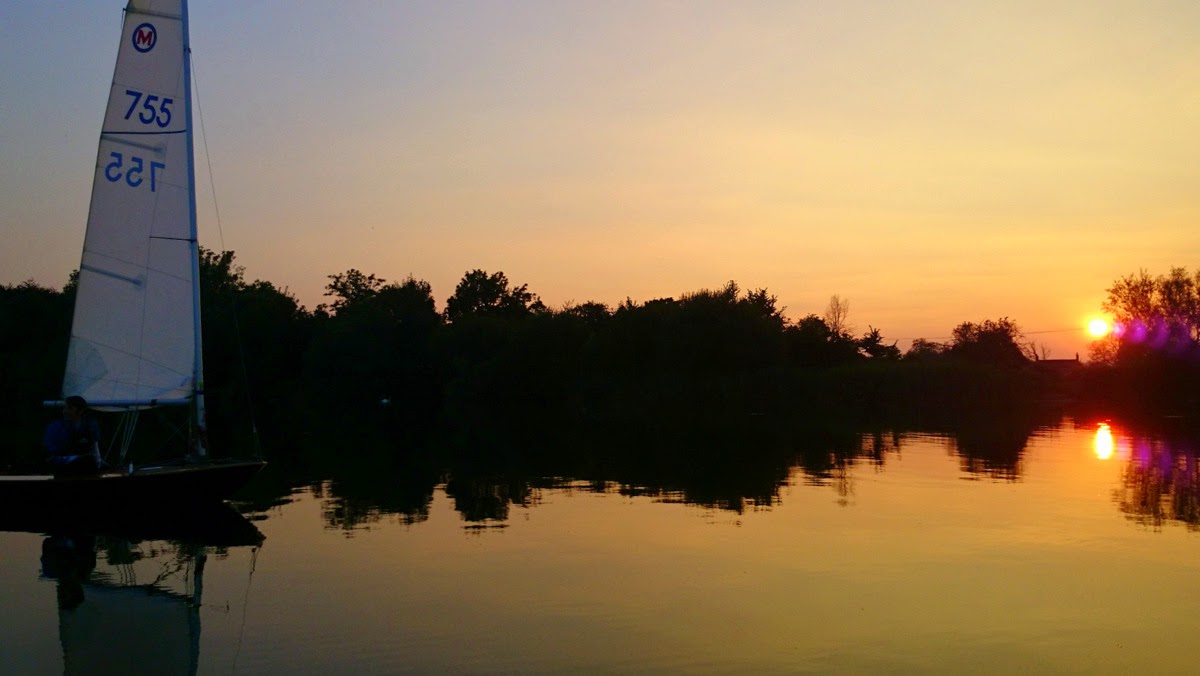 At the moment, it looks like it's going to stay light.

This weekend promises plenty of sailing, a gig Saturday night after Sailability, but no racing. Instead, on Sunday we're sailing with friends out on the estuary, aiming to sail from Lydney up into the Noose, a late breakfast on the banks of Frampton Pill and then back again. 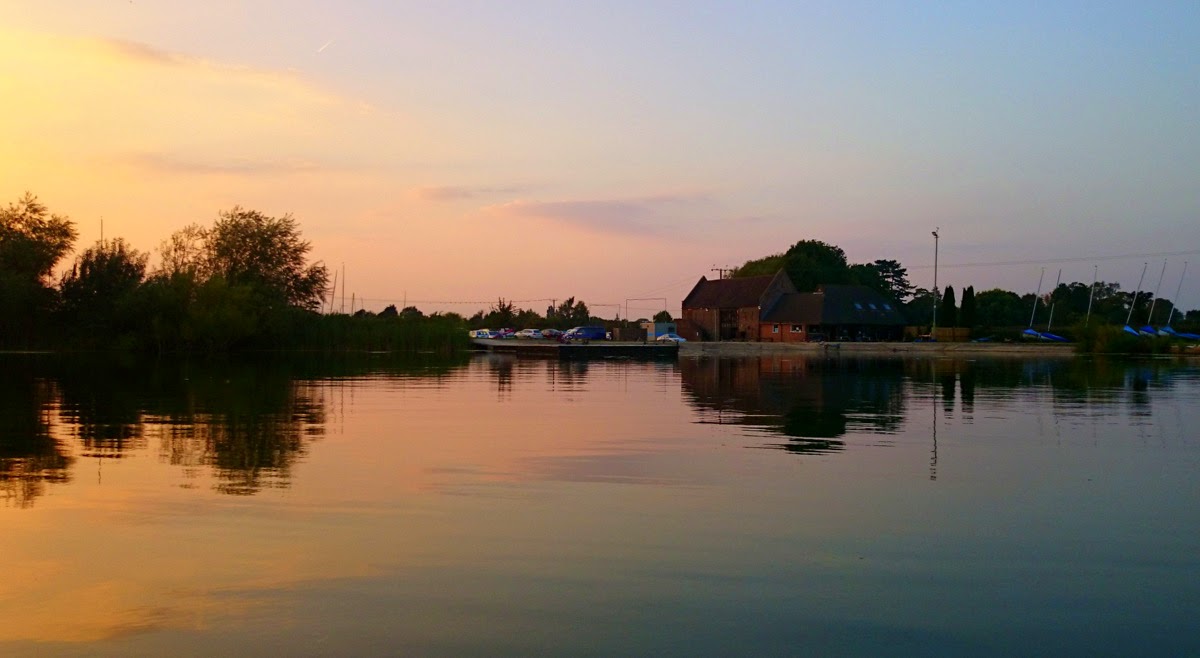 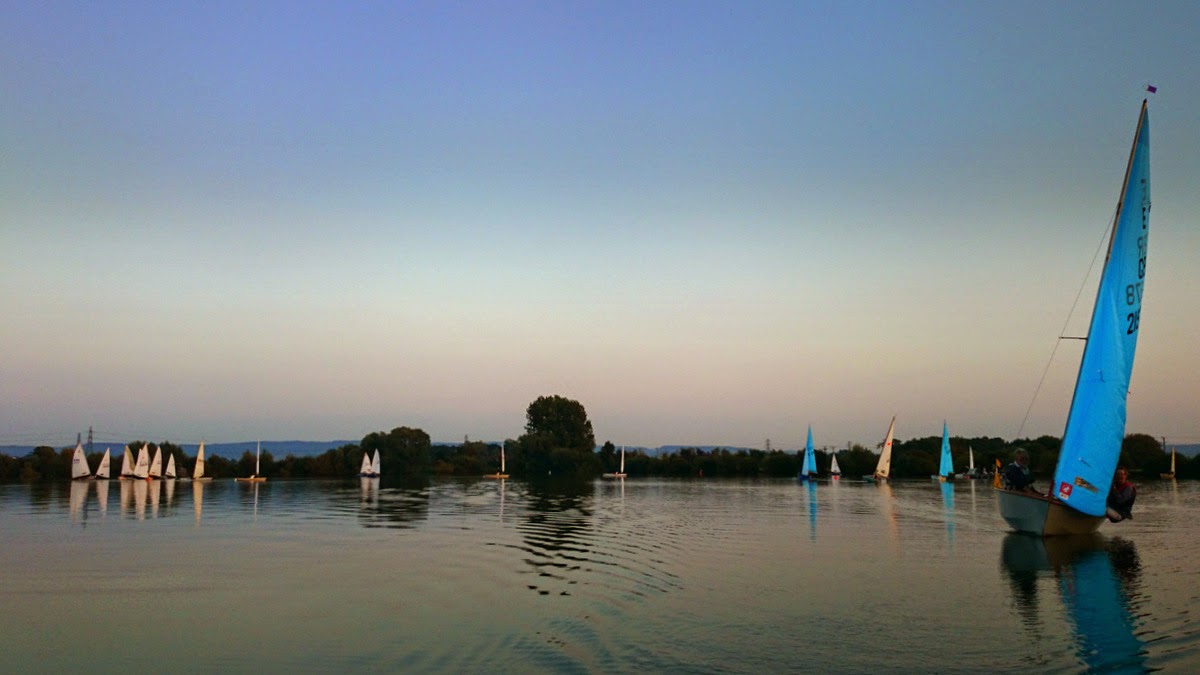 It'll be a pleasant change of pace.
Posted by tatali0n