The earning of a Lazy Day; part II

It turned out to be a fantastic night.

We'd been asked to play at the Gloucester Civic Charity Ball, apparently an annual event held by the Mayor and the Sheriff of Gloucester. The party was, this year, intended to raise money for a couple of local children's charities, and with a crowd of about 350 or so attending, it did a good job.

Sound-check went well. Part of the deal when we agreed the gig was that the organisers would arrange for the PA, lights and stage, so we didn't have to do much more than turn up. Whilst it's not unusual for the band to get fed at such events, it's usually backstage and out of the way. However, this time they gave the band and the sound crew a table of our own, tucked just off to the right hand side of the stage, and fed us along with the guests; a rare treat, especially given the ticket price, but very welcome as I'd not had much of a chance to eat since the bacon roll Dad had bought me from the van by the lock-side at the marina in Portishead, much earlier that morning.

The sound engineer turned out to be a friend of our drummer, it being a small world and all that, and he and his crew did a great job of looking after us. The PA was top notch, the lighting atmospheric. 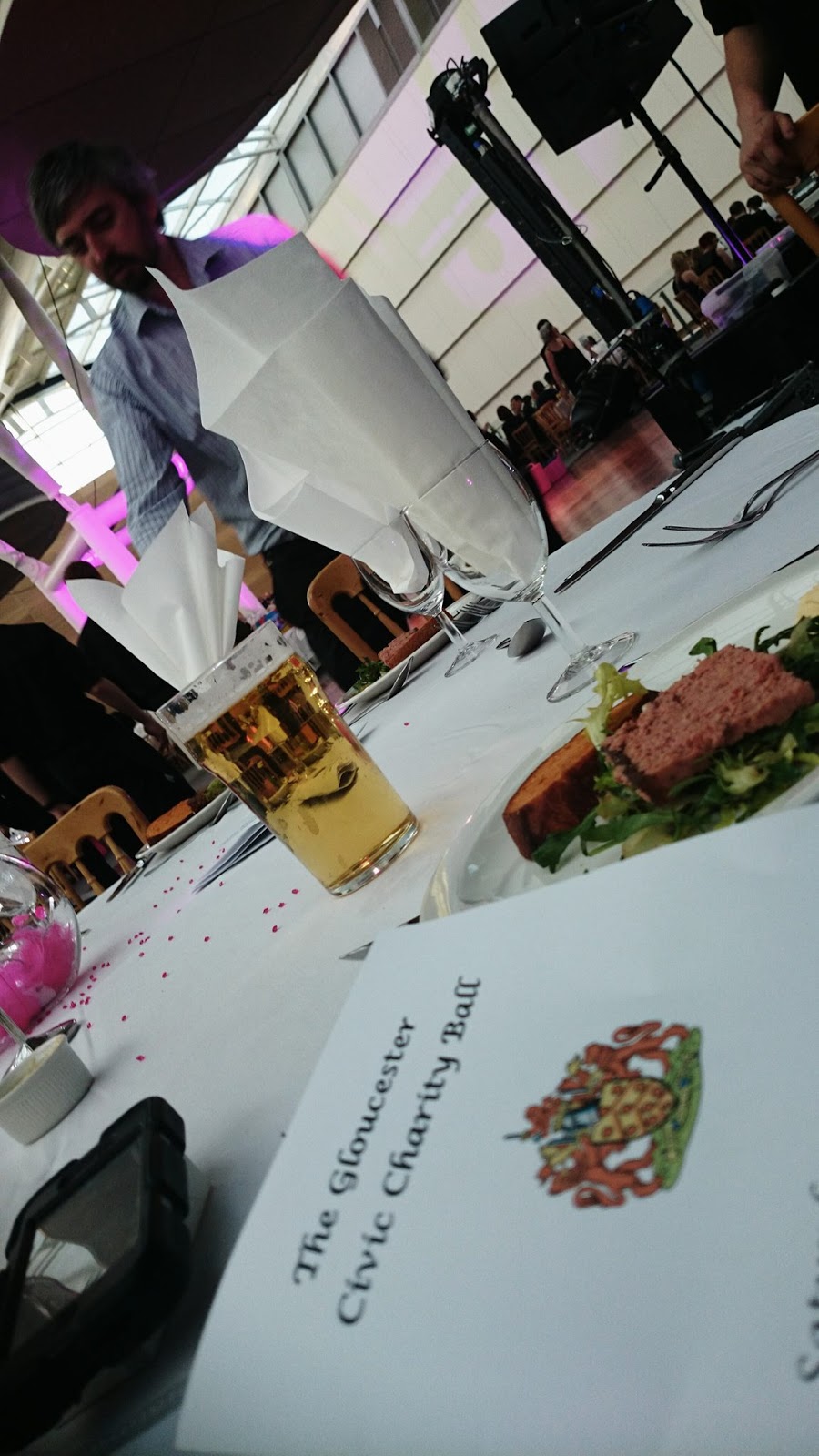 The guests arrived just as we were finishing our sound-check a little after 7pm. As is always the way with these things, despite everybody saying their bit would run to time, it all over-ran and we didn't get on stage until gone 11pm. With a demand set by the venue for the music to be done and the guests gone by 1am, we decided to play straight through rather than taking our usual twenty minute break mid-way.

When Lise, the Sheriff of Gloucester, had first approached us, some time back at a gig in Bristol, and said she'd like us to play for their Civic Ball, I confess I didn't really have much of an idea as to what sort of a crowd to expect.

Aside from our usual "bread and butter" pub gigs, over the years I've played countless wedding receptions, birthday parties, sports and social club dinner dances and any number of corporate functions. A couple of christening parties, I've played at a funeral, and even played an actual wedding, hidden with the band on a balcony throughout the ceremony, interrupting the organist with a cover of the Beatles "All You Need is Love" as he opened with the bridal march to process the bride and groom back out of the church at the end of the service. Requested by the bride and stolen blatantly from the Kiera Knightley scene in the film "Love Actually".

The funeral was perhaps the hardest, and the wedding the most nerve-racking. There are some moments that are signature in peoples' lives; you really don't want a screw up there to be on you. 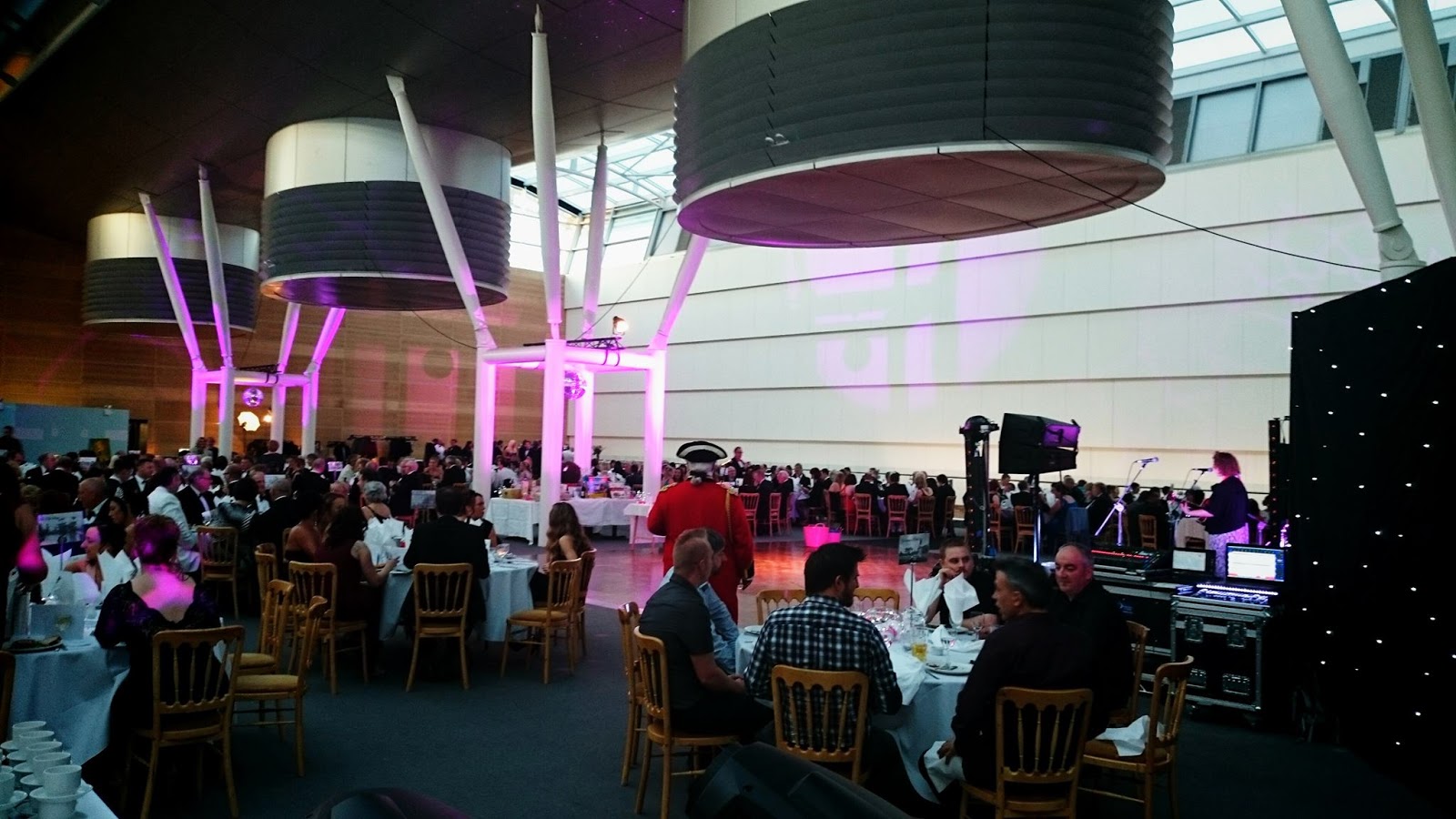 But a civic ball was a new one. I've played the odd Conservative Club in years past, though not with the full band, and I admit those experiences probably coloured my presumption, so I rather expected the crowd to be of an older bias, and correspondingly reserved, conscious of their dignity.

However, from what we'd seen through-out the evening, it looked like a much broader range of ages and backgrounds than I'd presumed to expect. I'm always sublimely confident in the talent and accomplishment of my band. It's a conceit I allow myself because I don't include my own contribution in that. Compared to the years of dedication needed to play the guitar like Matt, the drums like Bean or the bass like my brother, singing is easy as long as you can find a note in the first place and have the nerve to get it out. Though in my case, it's not so much nerve as need. If I didn't sing, I'd have no other excuse to be up there in front of an audience, and for reasons I can't really fathom, I crave the performance, the gig, like I'd imagine any junkie craves his fix.

So I knew we'd earn our supper, and I knew the band would do a decent job. Nobody was going to have grounds for complaint. But it's not the same as making that connection you make with an audience when it really works. That, right there, is the fix you crave. And a big, diverse crowd in a large room can be a hard one to connect with.

But they were not shy. 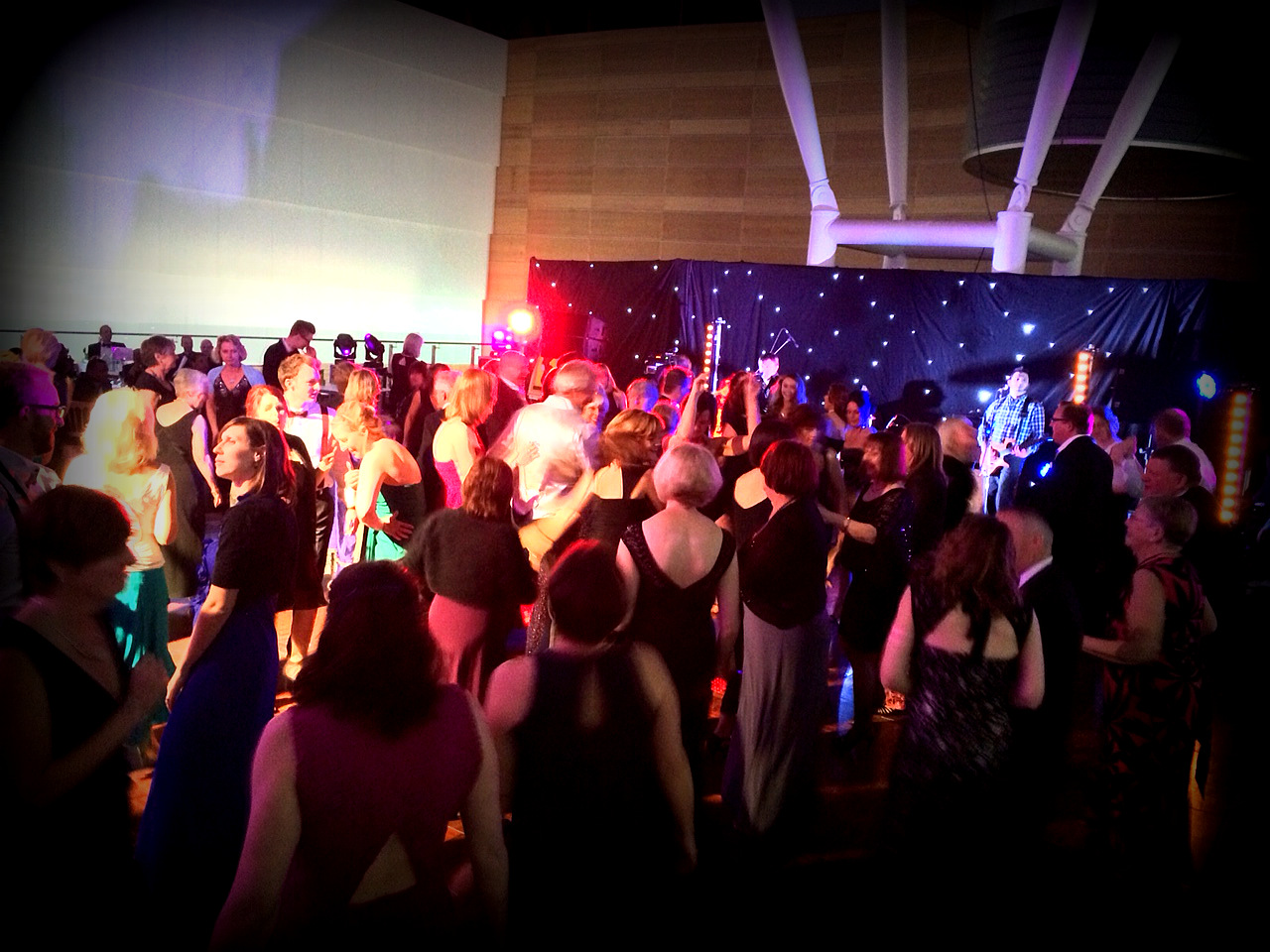 We opened with the first song, a Dandy Warhols number. As the opening chords drifted out from Matt's guitar, a speculative, appraising pause held the crowd. Then, as the drums led Jamie's bass and my own guitar in, a line of very pretty ladies in very, very elegant dresses glided onto the dance-floor. More followed, and as the numbers swelled, the guys were not far behind.

They stayed with us through the next ninety minutes, dancing from the start all the way through to the end and screaming for more when we were done.

It was the perfect end to an excellent day. The sound was brilliant, the venue was lovely and the crowd were amazing.
Posted by tatali0n