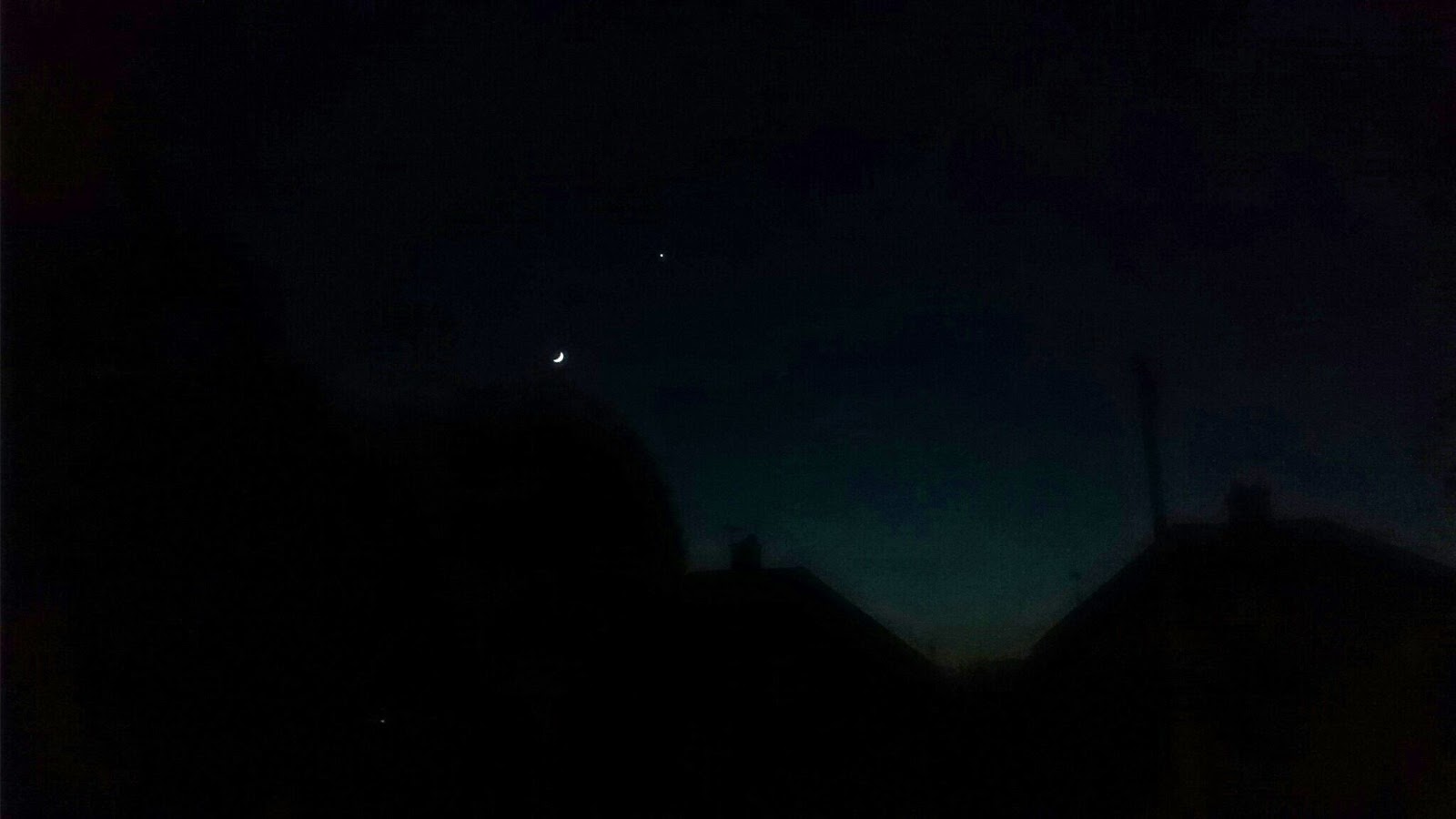 I was leaving the house just a little after 2100 last Tuesday evening to go meet Nikki as she finished work, and was struck by how gorgeous the bright sliver of moon looked over the houses opposite, with a bright star standing satellite to her, as if on guard.

I say "star", I'm guessing it was a planet; Jupiter perhaps? Didn't think to check on Google at the time, and my astronomy is vestigial at best. I recognise a fair few constellations in both hemispheres and the stars that make them up, but can rarely keep track of the planets.

It was a pretty sight though, and after standing there gawping at it for a few minutes, I took a snap on my phone. The first few were predictably over exposed, so I set the in-phone camera to "beach" setting and tried again. On the mobile's screen, the results didn't look at all good, just black, under exposed night sky.

However, just caught a glance of it on my PC screen this morning, and actually, I'm quite pleased with the results. Continually impressed by how well this little phone's camera copes with night-time snaps.

Have a gig a little later on. A relatively long drive down to Yeovil for a dinner dance, so posh frocks and best behaviour all round. Hopefully sailing tomorrow. The forecast has moderated; a gusty F4 from the north in the morning, but fading as the tide turns into the afternoon.
Posted by tatali0n