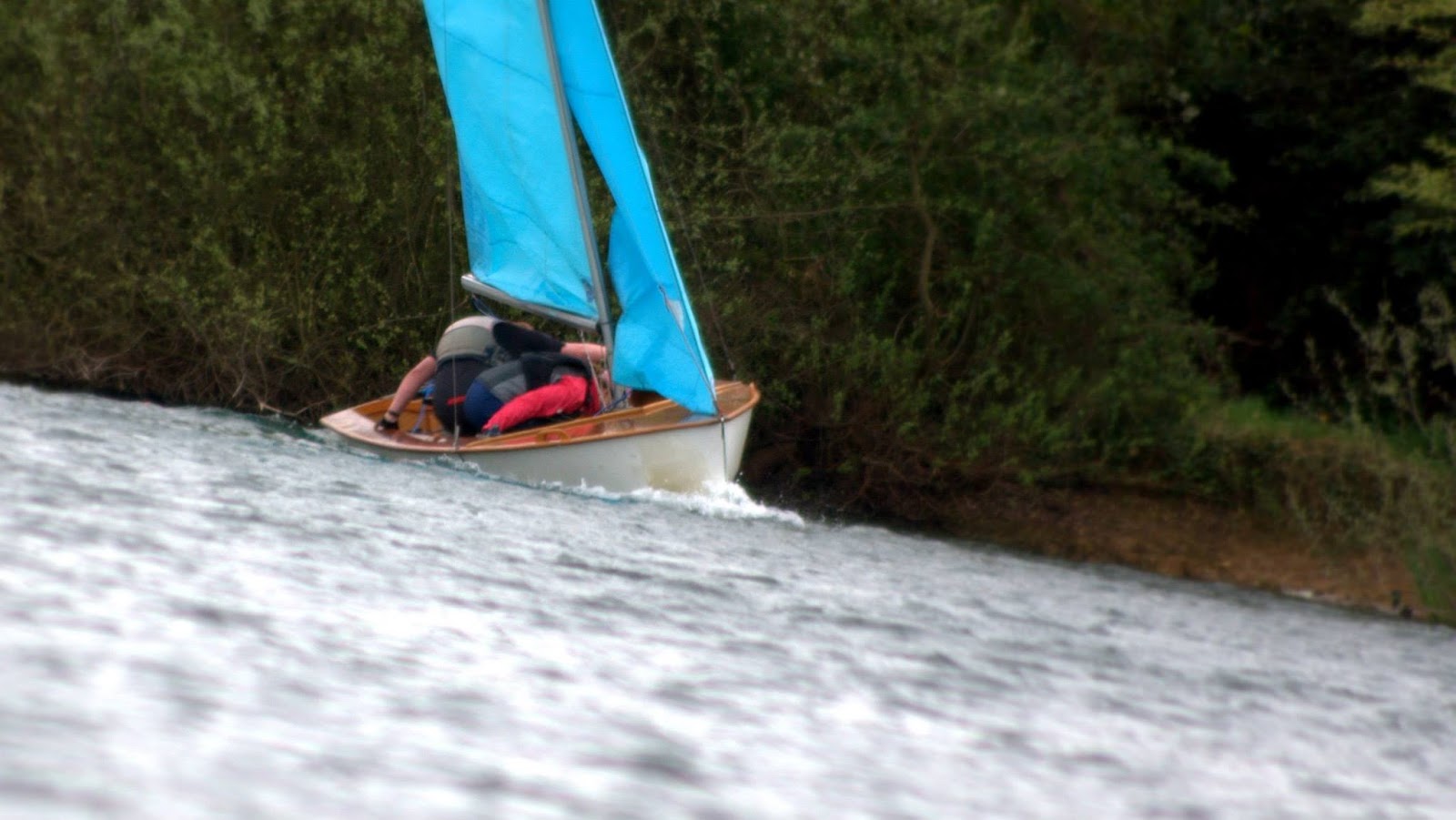 It was Ben's last weekend at home before heading back to Uni, and it's been so long since Hels has been in a boat I was beginning to experience withdrawal symptoms on her behalf. So, with three sailors but only one serviceable dinghy between them, somebody had to take a fall for the team. 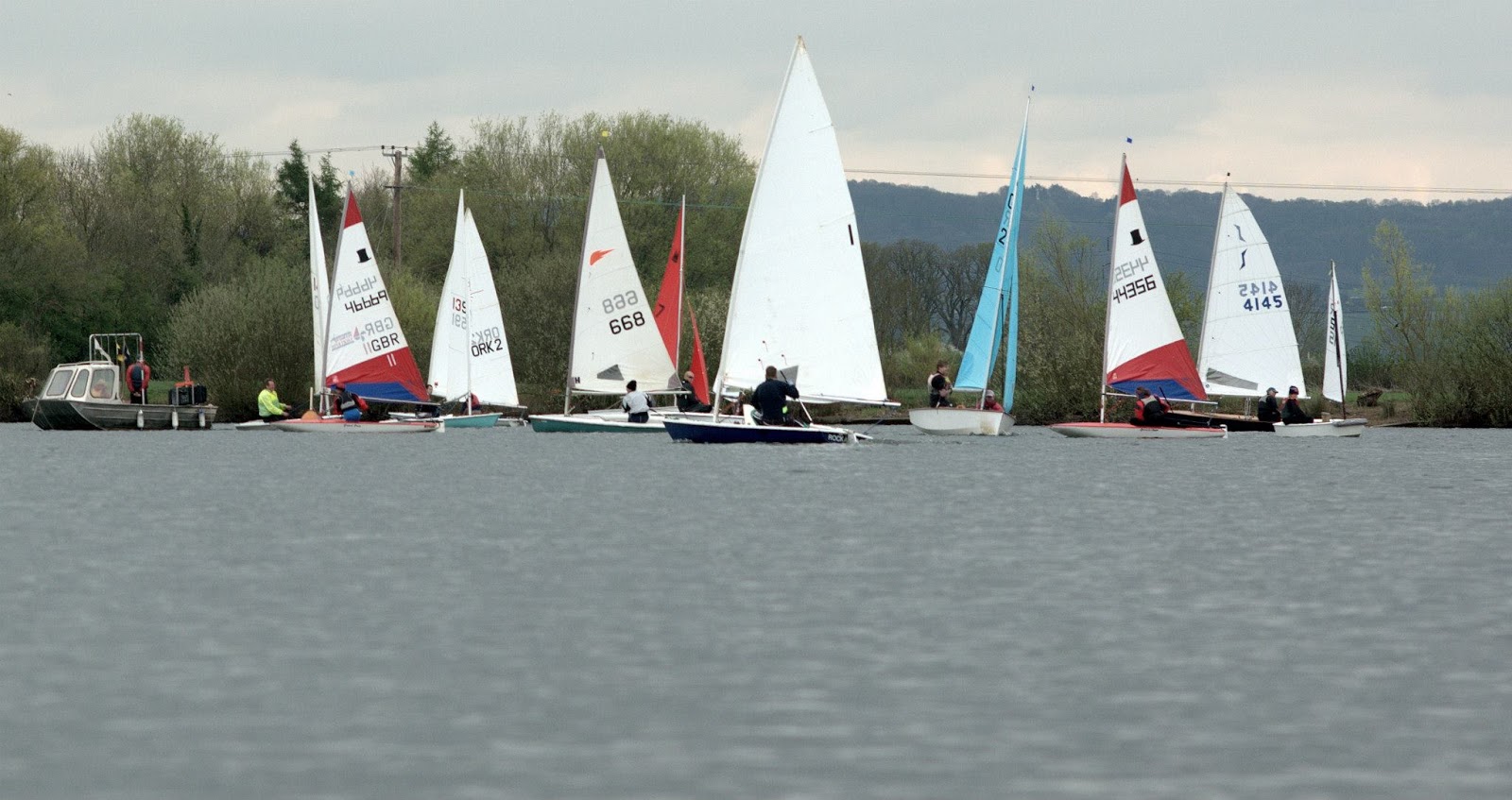 It wasn't such a hard deal though. It was a good Enterprise wind; a low end F3 out of the north east, a bit shifty, fine for picking your way through with the Ent but not enough in it to get either the Lasers or the Solos up and planing, setting them up as an easy catch if you sailed well. And Ben and Hels sailed well indeed. I'm a poor spectator, and would always much rather have been out on the water, but their clear enthusiasm and enjoyment of the day was infectious, and as such, some consolation. 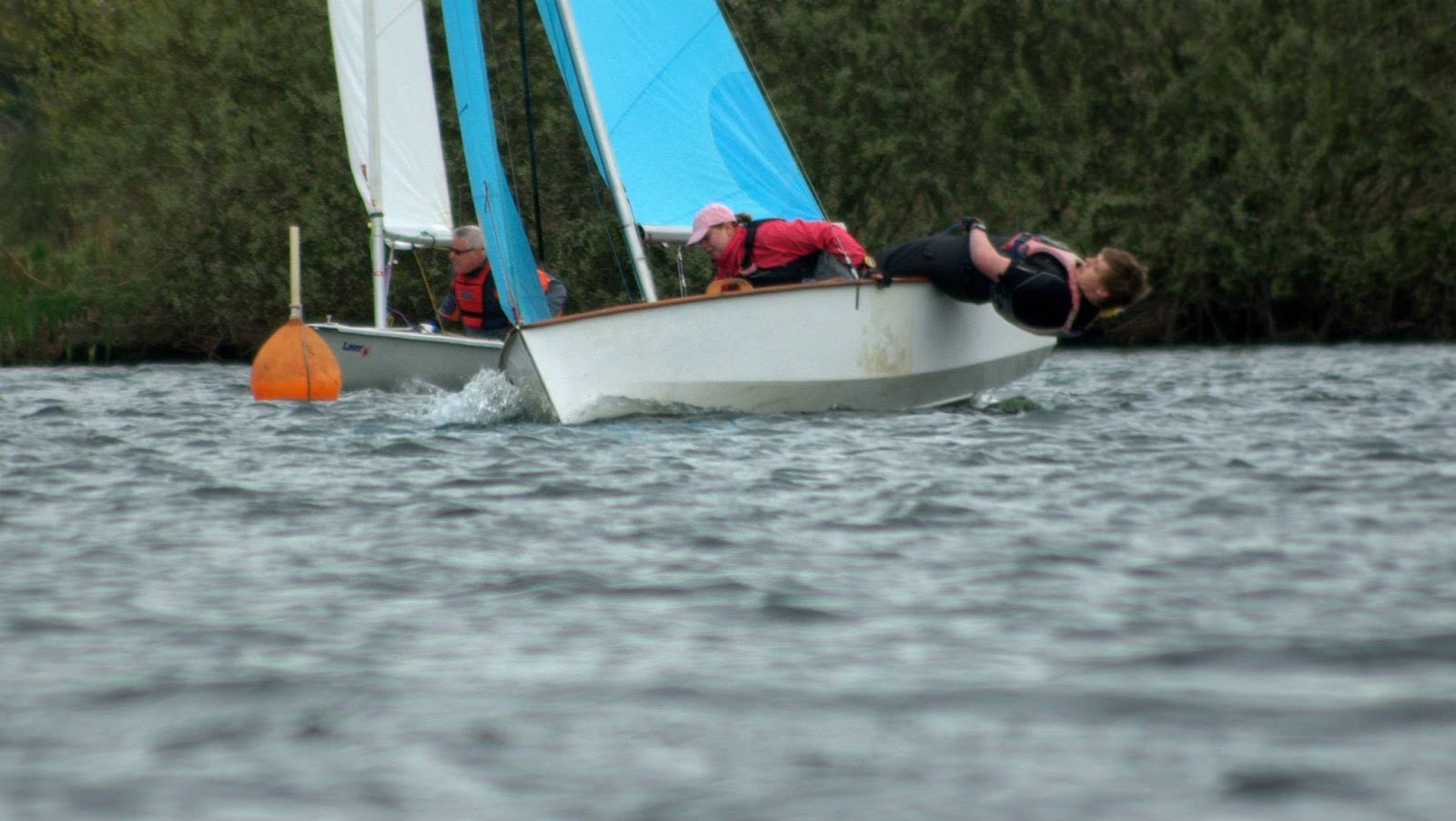 I also enjoy taking pictures more than I'd care to admit.

I was going to fix Buffy's boat cover, but left my sailing kit aboard Calstar down in Portishead. I did have my camera though, and whilst it was hardly a thrilling, spray-fumed, boat breaking day, there were enough boats pressed into the small lake to make the view interesting from where I was led flat on the jetty, looking down the beat to the start line at the far end of the lake, through the long lens of my Pentax. 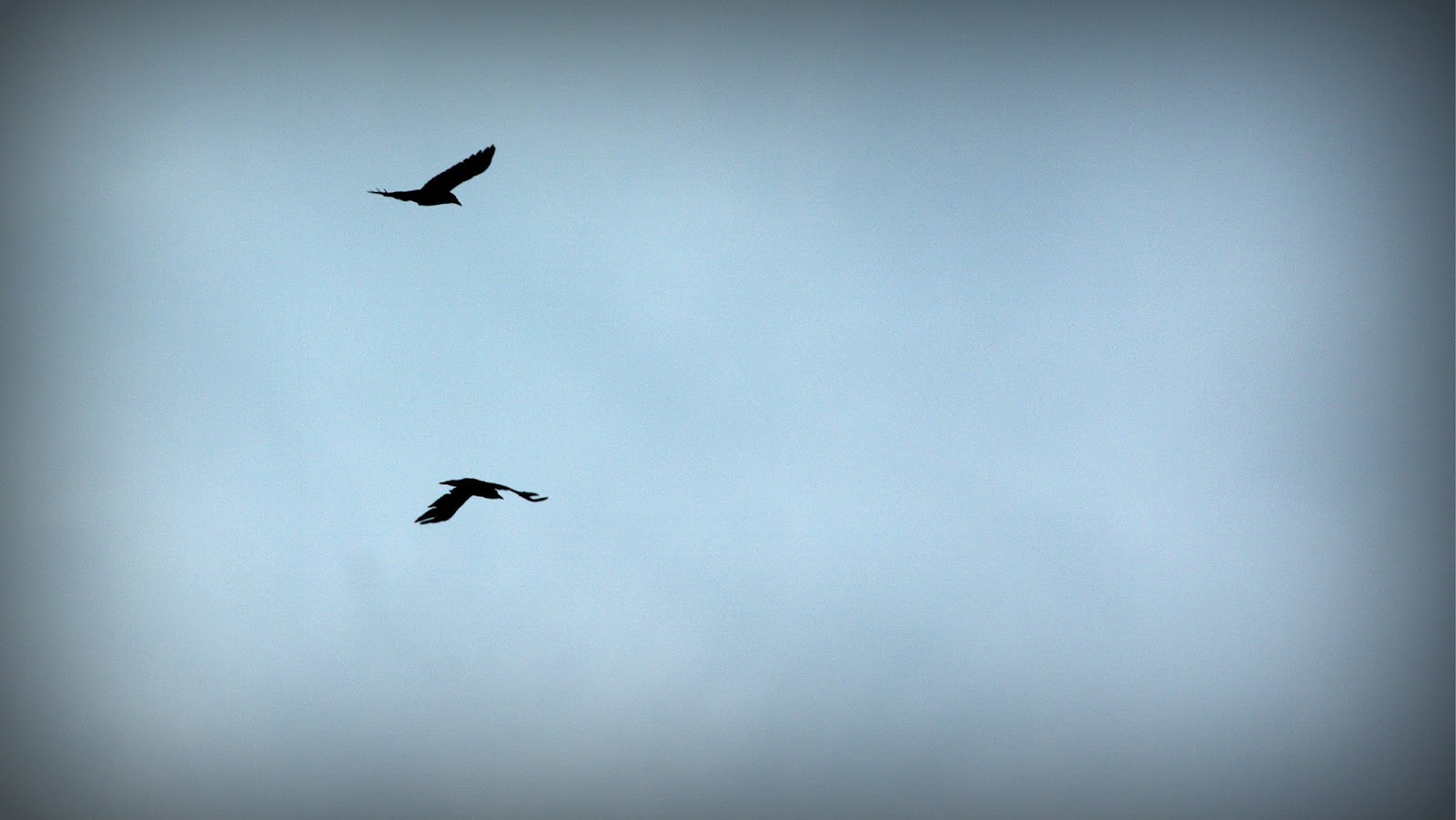 Once the view got repetitive, and my neck couldn't take any more of the angle I was lying at, Matt and I (Matt being Helen's husband) took a walk around the lake with their whippet, Frankie. Interestingly, Frankie who is about the same age as our Jack, is the reason Jack is called Jack, and isn't a Frankie himself. Though it was for no more interesting a cause than we spend a fair bit of time together and the idea of two Frankies seemed to be asking for trouble. So when we took Jack in from the Rescue as a six week old little bundle of fluff, he was swiftly rechristened. 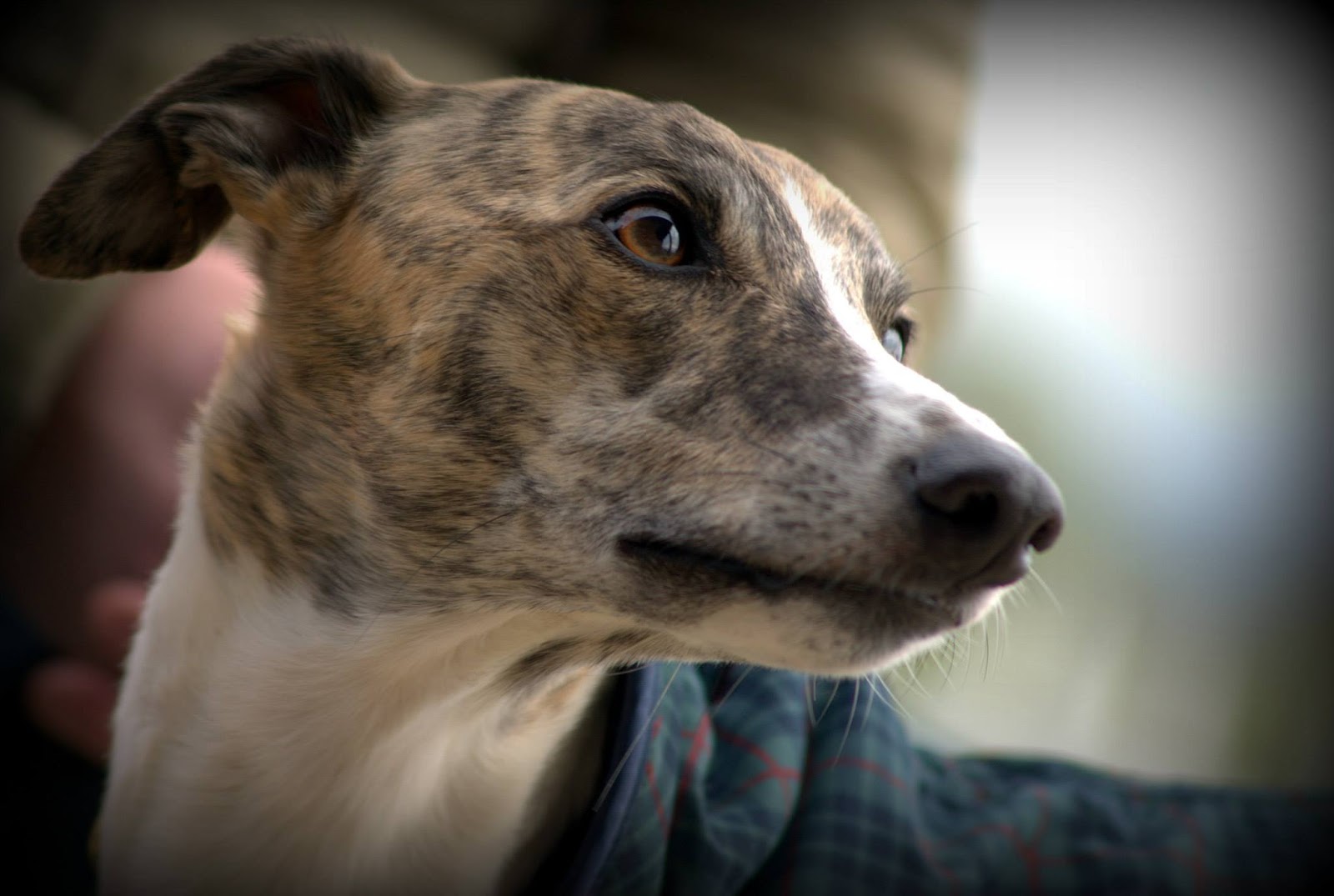 A good thing, really. Jack suits him much better.

Having circumnavigated the lake, we hung around a bit until Ben and Hels relaunched for the second race, then retired to the nearby pub, where we relaxed with a pint of ale, a plate of chips, and a fire crackling in the open fireplace of the Three Horseshoes' small bar-room. It made the hour pass very swiftly, and timing it to a tee, we ambled back contentedly to the lake just in time to help Ben and Hels land and put the boat away snug in her berth. 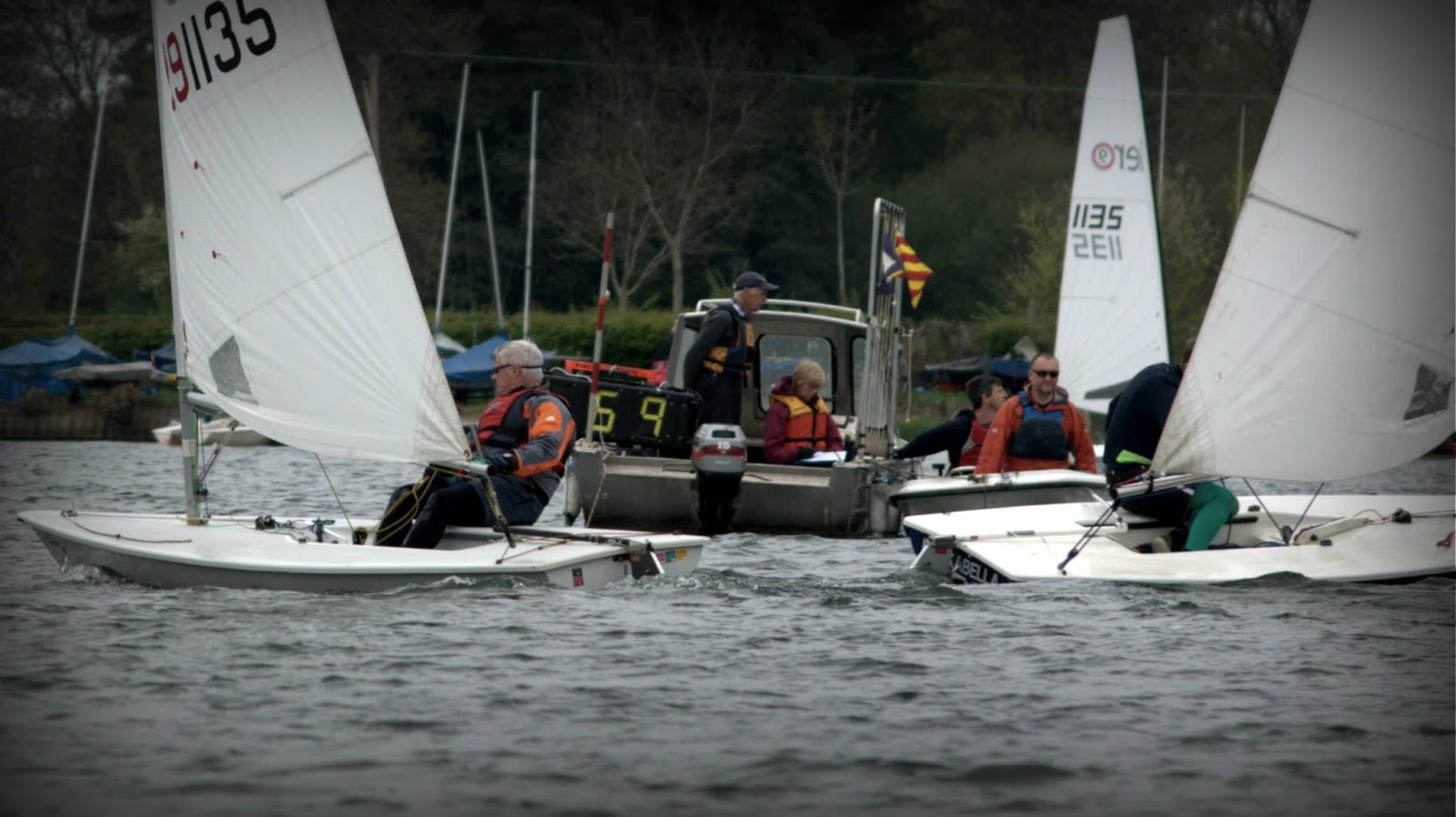 They didn't do bad. A fourth and second place in the two respective races. They seemed quite pleased with themselves. 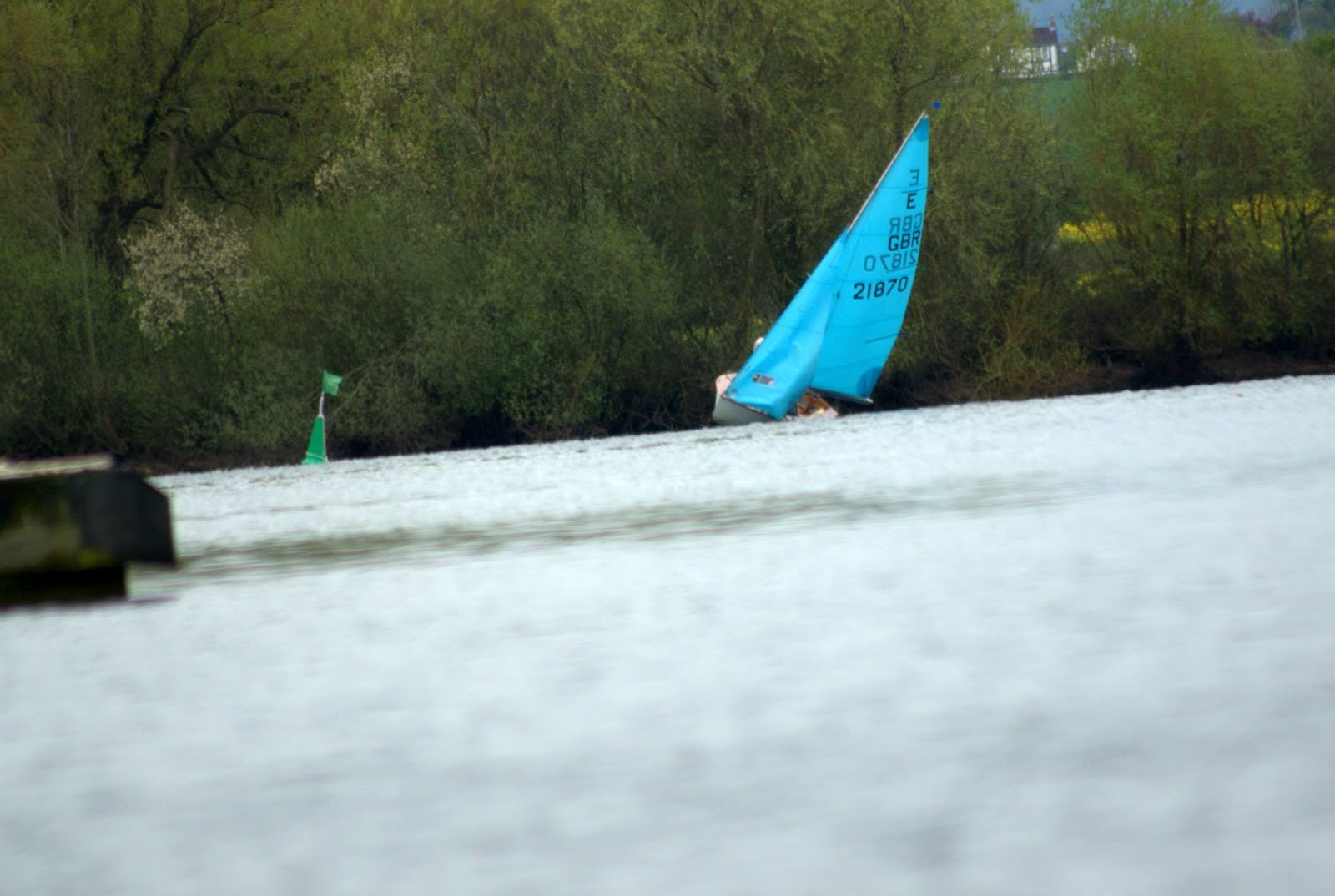 I've got my fingers crossed for the weather next week. On the Saturday, I've got a gig with a probable early sound-check, so I won't be able to race with Portishead as I'll need to be on the road by 2pm to make it in time. Sunday, though, the day is open. No racing organised, but it's a neap tide, which means high water just a little after noon in these parts. I think we're going to take Calstar out just for a potter and an explore. Maybe go out around Denny Island, and then up to St Pierre Pill beyond the bridge perhaps? 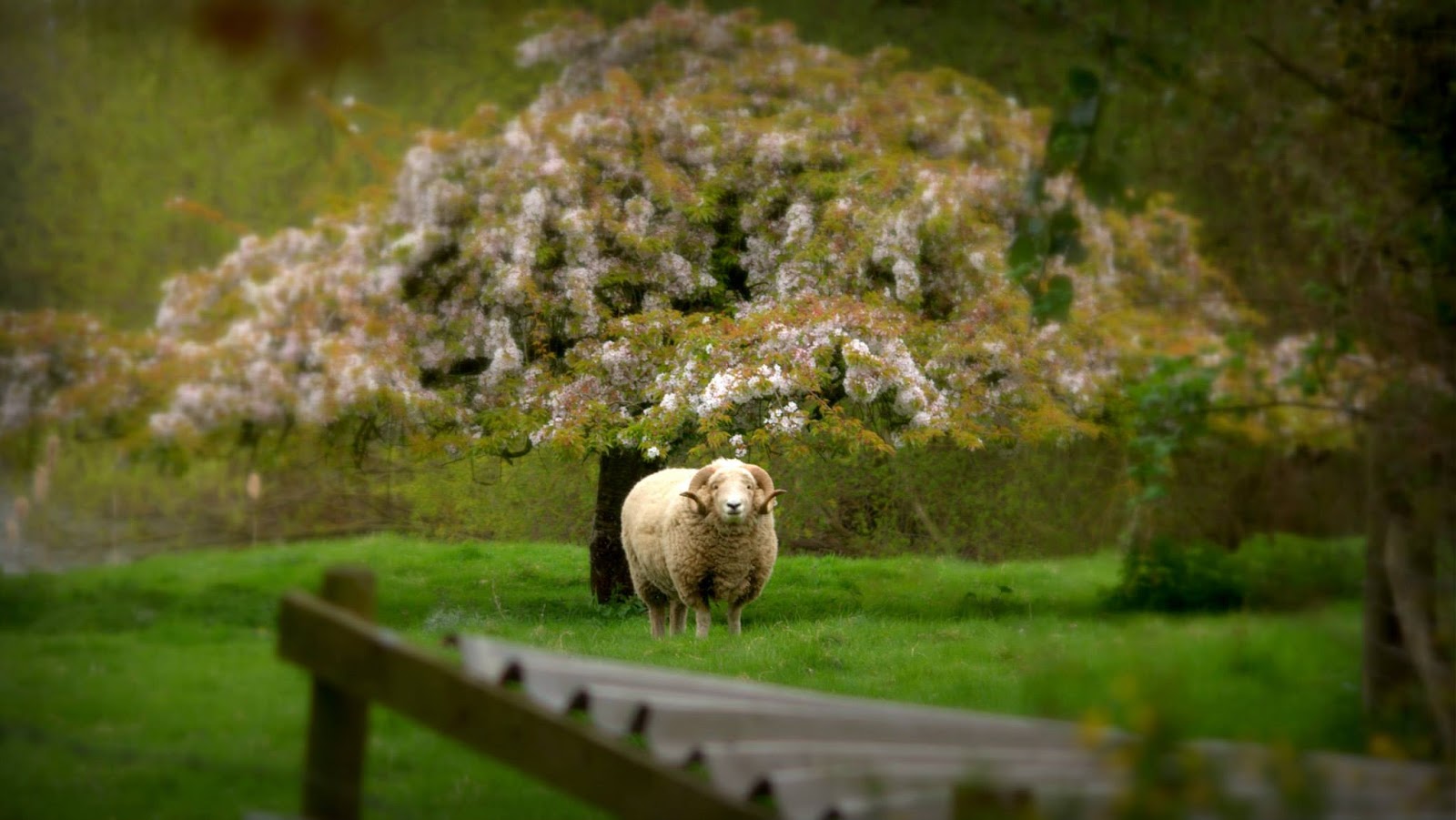 Or just go out and practice our boat handling off Portishead, with no clear destination in mind. Sailing for the pure and simple sake of sailing. I think I quite like that idea.