Of dogs, fish and boats

I was not wrong. They are still racing every Sunday at Frampton. So I finally got back out on the water on the last Sunday of January and with Amanda crewing for me spent an hour racing on the lake. With eight other boats on the water that morning, it was a surprisingly popular place to be. 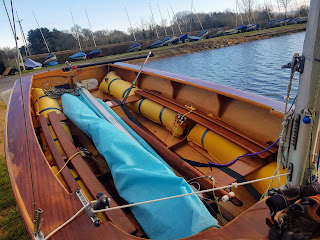 The conditions were perfect for blowing the cobwebs off. Not cold at all, and not so vicious as to be unduly punishing on the crew or the boat, but vigorous enough to get us up on the plane on some of the luckier reaches and remind me why I so love face-fulls of icy cold spray coming at me over the bows.

We won't worry about where we finished in the race. It's not important.

Actually, we did quite rubbish really, BUT we honestly both had a great time out on the water, and I can with equal honesty say the fact that we didn't do so well really didn't matter. It was great just to get back out there again. 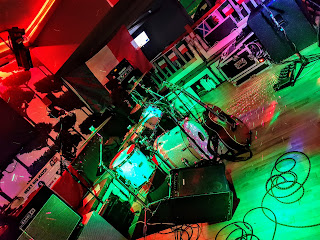 Not so buoyant this weekend just gone though. Gigs book-ended Friday and Saturday so Saturday daytime was spent at home with the animals. 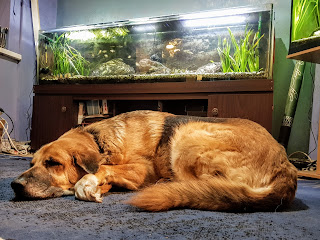 One of the not so pleasurable responsibilities of keeping fish is the need for routine "water changes". It doesn't, fortunately, involve changing the entire tank-full, but even a 10% change still involves carting numerous 10 litre buckets of treated water from the kitchen to the front-room and back. 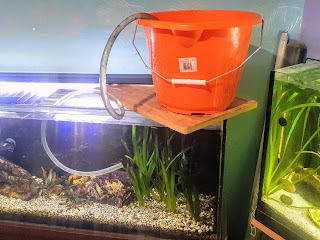 Next time I buy a house, I'm going to insist that my den is next door to the kitchen so that a) I don't have to walk so far to the fridge to grab a beer and b) I can hook the damned fish-tanks up to the tap.

Except next time I buy a house, I'm pretty certain it's going to be the type that floats. With 30 degrees of heel on occasion, and can keep up an average of 5 or 6 knots through the water on a good day. The fish can then live in the garden. It'll be a big garden.

I haven't fully discussed these plans with my wife yet mind. Not in detail, anyway. But I'm working on it.

And it's good to have plans. 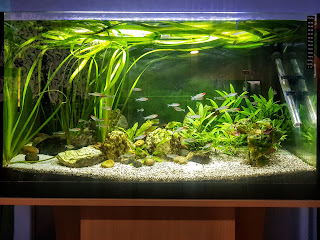 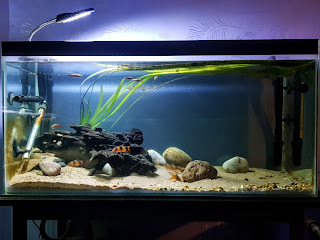 The chemistry of it all leaves me a bit cold, truth be told, but I think this natural cycle that gets recreated in the filter is pretty incredible.

So you do regular "partial" water changes to dilute and control the level of nitrate. And, as a by product, also reintroduce trace minerals with the fresh water that otherwise get depleted by the plants in the closed system of the aquarium. 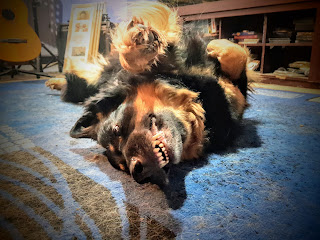 The weather on Saturday was grim, cold and wet, so a good day to spend indoors.

Sunday was bright and rather blowy (20 knots plus)  Dad and I headed down to Cardiff to check on Calstar. I toyed with the idea of taking her out for a blast around the bay but as well as the day being bright, the north-easterly wind was also damned cold, so I confess I let Dad's lack of obvious enthusiasm for the idea dissuade me from insisting we sail.

I must be getting old. Was a time when neither a little bit of cold weather nor the hang-over from a late night and gig of the night before would've had a hope of stopping me from sailing. 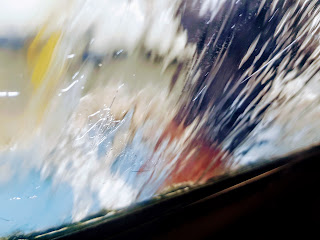 But instead, I left Dad to power-wash the topsides down and I took the whisker pole down below where I settled down in the company of the fan heater with a mug of coffee and a bag of doughnuts from the supermarket next door to the marina, and whipped a 3mm bridle to each end of the pole with a small stainless steel ring in the middle, so that when we use it again I can suspend the pole from a topping lift. 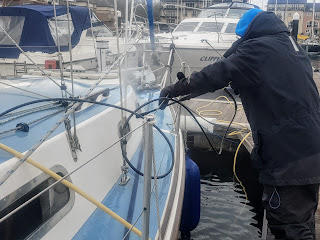 It was never a problem with the old headsail, which had a much higher tack. But with the new, fuller genoa, in light airs the lower tack position caused the weight of the sail to collapse the leech when I tried to pole it on a goose-wing.

Of course, the whisker pole is relatively light weight compared to an actual spinnaker pole, so by attaching it by a bridle to an uplift, I might actually end up bending it. 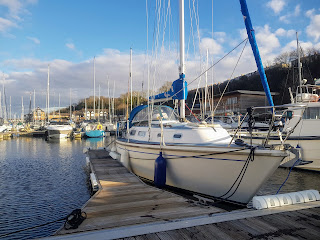 I guess we shall see.