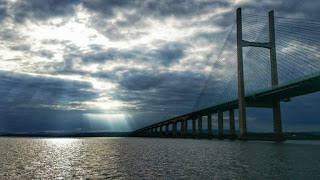 When we first took ownership of Calstar, almost three years ago, one of the first things I did was type the subject of this post into Google. As always, Google returned an assortment of gems, but the one I really loved was an annex to the Watchet Boat Owners Association webpage set up and run by a chap called Bob Hitchings. Bob sails a Sadler 26, based (predictably, given his obvious association to the website) out of Watchet. The annex detailed a collection of plans for ten of his favourate passages around and about our mutual sailing area, the Bristol Channel.

Now don't get me wrong, I draw my own plans, my own conclusions, and take my own risks.

However, reading up on what amounted to somebody else's experiences in a similar vessel to ours in the same very sailing area was an inspiration at a time when I was still very new to all this. It gave me something to measure my own plans and expectations against, and gave me ideas for the sort of trips that were within the art of the possible and reasonable to aim for with our own boat. Although Bob's pages were far from my only inspiration or source of wisdom or advice for sailing around here, they did provide a fantastic bedrock on which we've built the last three years of cruising we've so much enjoyed with Calstar. And we've now sailed all but one of the ten passages he describes. 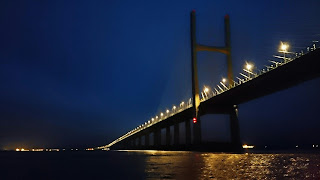 At the beginning of this year I noticed the Passage Planning pages had been taken down, so emailed Bob, only to thank him for posting them in the first place, to express my appreciation and lament their loss. You meet some lovely people on the Internet, and Bob emailed me back pretty promptly to reassure me that he planned at some point to restore the pages.

A summer has gone by, and every once in a while, usually as I'm pondering what next to do with our boat, I have to admit I've missed those pages and Bob's passage plans.

I had an email from him yesterday evening, to let me know the pages had now been restored. I'm absolutely delighted:

He's also added a link from the Portishead to Sharpness/Gloucester passage to a PBO article he had published in 2013 describing a passage from Watchet up to Gloucester. A trip I've made a couple of times myself now, albeit from Portishead and Cardiff rather than Watchet, which is yet another tide further down the channel. It's well worth a read, the stretch up from Portishead to Sharpness Dock is an absolutely fascinating bit of water.
Posted by tatali0n