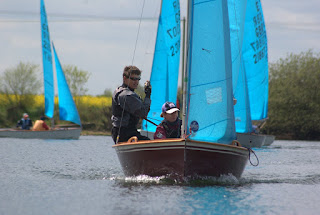 Geoff (of the Frampton Enterprise "Ghost") collared me at the Club whilst I was helping out with their open day on Saturday. He's without crew next Sunday and asked if I fancied a sail. Naturally I said yes, and as an aside hoped for a little bit of wind to play with on the day.

It was almost as if somebody had thrown a switch and shut everything off. Big, heavy high sat over the continent apparently, blocking all the lovely Atlantic weather out.

This morning, it being wet but windy outside the window, I had another look. Things are definitely looking up.

I'm almost certainly going to sell my own Enterprise "Buffy" at the end of the year and buy a Laser. The lady that has sailed with me for nearly every race over the last five years is hanging up her buoyancy aid to focus on other interests, and I really do fancy returning to the comparative freedom and independence of a single-hander again. 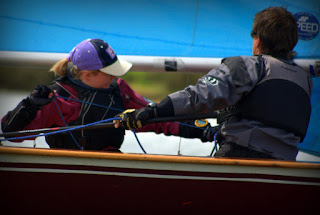 Ever since I first introduced her to the Club, took her out for her first sail and promptly knocked her out with the boom during an ill-advised gybe, Hels and I have had some fantastic adventures over the last half a decade of racing together. I'm going to miss sailing with her. 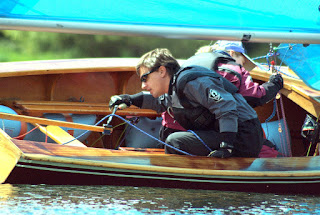 So if anybody wants to buy a "well-loved" Enterprise dinghy by all means feel free to make me an offer. To be fair, a lot of that has been very rough love, but she's held up well all things considered. She's not a pretty young thing anymore, but she's still quite capable of winning the odd race or two. 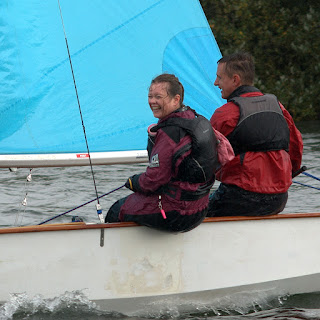 That said, I'm in no great rush. We still have a whole winter's worth of sailing ahead of us yet, including the Enterprise Open at Frampton in a couple of weeks time, so I'm planning to get through that and then replace her in the New Year. Not the best time to sell a boat, but what I lose on the selling I'll hopefully gain on the buying.

The photos accompanying this post are just an exercise in nostalgia on my part; various shots of the two of us racing the two Enterprises we've owned together over the last few years.
Posted by tatali0n