Steve Earley is a man I admire as both a sailor and a photographer. He sails a Pathfinder called "Spartina", a gorgeous little yawl that he built himself, and keeps a journal of his adventures in his blog, The Log of Spartina.

In one of his more recent entries, he wrote of a collection of photographs he recently had cause to look through that ". . . . when scrolling through them . . . . I could remember the moments surrounding each of those images, some a decade old, often being able to recall what I was thinking about while taking the photograph." 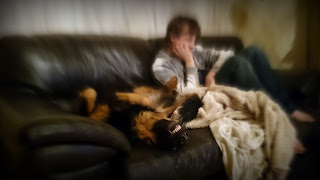 I wouldn't, in any way, compare my own photos to the clear artistry in almost every image Steve captures, but in this, at least, we are quite the same.

I'm privileged to enjoy a chaotic, kinetic, fast moving life full of rich and varied experiences, and equally rich and varied relationships. And all to often the narrative gets lost amidst the noise and fury of living in the moment.

Ask me what I was doing this time three days ago, and I have no idea.

Show me a photo I took on a beach in Weston in 2001, or a souk in Kuwait in 1989 or a dog and a boy on a sofa in Gloucester in 2016, and I'll tell you exactly what I was doing, what I was thinking, what I could see, taste, smell and how I felt as the moment was caught by the camera. 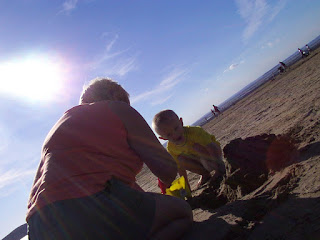 One thing that does seem to catch me though, more and more, is just how much time has passed since the photo was taken. It's as if the perspective of time passed is amplified by how clear those images still remain in my mind's eye.

Webb told me about your mention of Log of Spartina. Thanks very much! steve

A pleasure Steve, always enjoy following yours and Spartina's adventures.