I generally try to avoid discussing politics and religion on the Internet. It's a curious thing, but opinions that are easy to accept or at least tolerate from another in a face to face setting somehow polarise on the web and risk all too easy, often unintentional offence and pointless, argumentative escalation.

Sometimes I despair of our politics. I'd love to sail away and leave it all behind, trusting it to establish something at least stable enough that I could find somewhere to comfortably exist on its fringe, safely insulated on the outside looking in. But I can't. For now I'm both of this world and in it.

With one early, idealistic but ultimately misguided exception when I gave my first vote to the Liberals, I've always voted Labour. Without wishing to pass judgement on anybody that would, and I number many that have and will doubtless do so again amongst my friends, voting Tory just seems morally wrong on so many levels. Regardless of who they put forward, and every so often one comes along that seems human enough, voting for any of them would always feel like I was voting for Mr Burns out of the Simpsons.

After the last election, frustrated and disillusioned at the hash Milliband had made of it with so many golden chances squandered, I finally put my money where my mouth was and joined the Labour party. I simply wanted some say on who I got to vote for next, in 2020. Then the candidates were put forward. 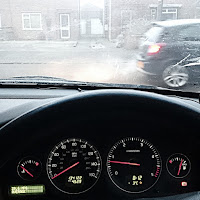 My initial instinct was that Kendall looked quite nice, maybe I'd vote for her. I stress, I was purely basing my first impressions off their pictures in the paper. Yes, I can be that superficial. Cooper and Burnham also looked like possibles. I had no idea who Corbyn was, and presented with the pictorial line-up, my eyes skipped disinterestedly over his face. I might even confess to a slight, initial distaste.

One of the reasons for my original, first vote going to the Liberals were memories of Scargill, an angry Welshman that was the distant, hostile image of Labour throughout the latter years of my childhood. Voting for him seemed entirely unimaginable. And when the leadership candidates were first put forward, I instinctively tarred Corbyn with the same brush.

Then I actually started to listen to, and read, what they were saying.

So I voted for Corbyn.

There were and remain many points where my views differ, but the bottom line is that I trust his judgement and his integrity, and I trust and respect his arguments even where we disagree. Besides, there are many points on past politics where my own views have been simply proven wrong by time and experience. I am vaguely, or in some cases quite particularly, disgusted with the attitude of many of the "New Labour" old guard, and the Parlimentary Labour Party in general. Their evident contempt of their leader translates directly as contempt for me.

I'm quite set on how I'm going to vote in 2020, but in many ways Labour are now in their last chance saloon as far as my vote is concerned. If they screw this up for us, I'm done with them. 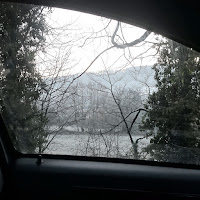 Frankie Boyle, writing the in the Guardian this morning, amused me as always. I love his cynical, jaded take on all matters political.


So sometimes I despair of our politics. On the other hand, on the drive into the office this morning, the BBC's Radio 4 regaled me with Sarah Palin's ringing, painfully enthusiastic "Hockey Mom" endorsement of Mr Trump's candidacy: "Are you ready to make America great again? Are you ready to stump for Trump?" and, of course, "Let's kick ISIS arse!"

There is a lot we get wrong with our politics over here. But it's always nice to have something to remind us of how we could get it so much worse.

That's it, my rant done. And it should do me for another twelve months or so. Maybe.


It was another cold one today. Clear skies last night, icy fog this morning, sapphire blue skies this afternoon. I like this kind of winter weather. 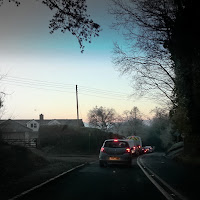 The photos, out of context with the rest of this entire post, were taken during various pauses between getting myself out of bed, over the hill and into the office this morning.

It's expected to warm back up again for the weekend. And turn wet. Don't know if we're sailing Calstar or not, but if we do, it's spring tides, so it'll be a down-channel run, out towards although perhaps not all the way to Cardiff and back.
Posted by tatali0n