On something of a roll, I managed not to oversleep last Sunday, made it down the motorway and was by the lockside at Portishead Marina by 7.30am to meet Chris and Tess. They had invited me out to race with them aboard their yacht, a lovely Moody 31 called "Misty Lady".

Apt, as it turned out. I'd spotted the forecast was for very light, almost drifting conditions. I hadn't paid attention to the visibility. It was dank and murky as I left home, but still dark. As I drove south, the mist thickened, and by the time I was at the quayside, visibility was down to a couple of hundred yards out in the channel. Arriving for 7am gave me time to find somewhere to park and a half hour to wander about before meeting Chris and Tess. I explored the very quiet waterfront, ever so picturesque in the gloaming dawn murk, and watched the lights of a solitary cargo ship making her way up the Kings Road towards Royal Portbury Docks.

Given the conditions, I thought there was a respectable turnout for the Portishead Cruising Club racing fleet of a half a dozen boats, including ours. 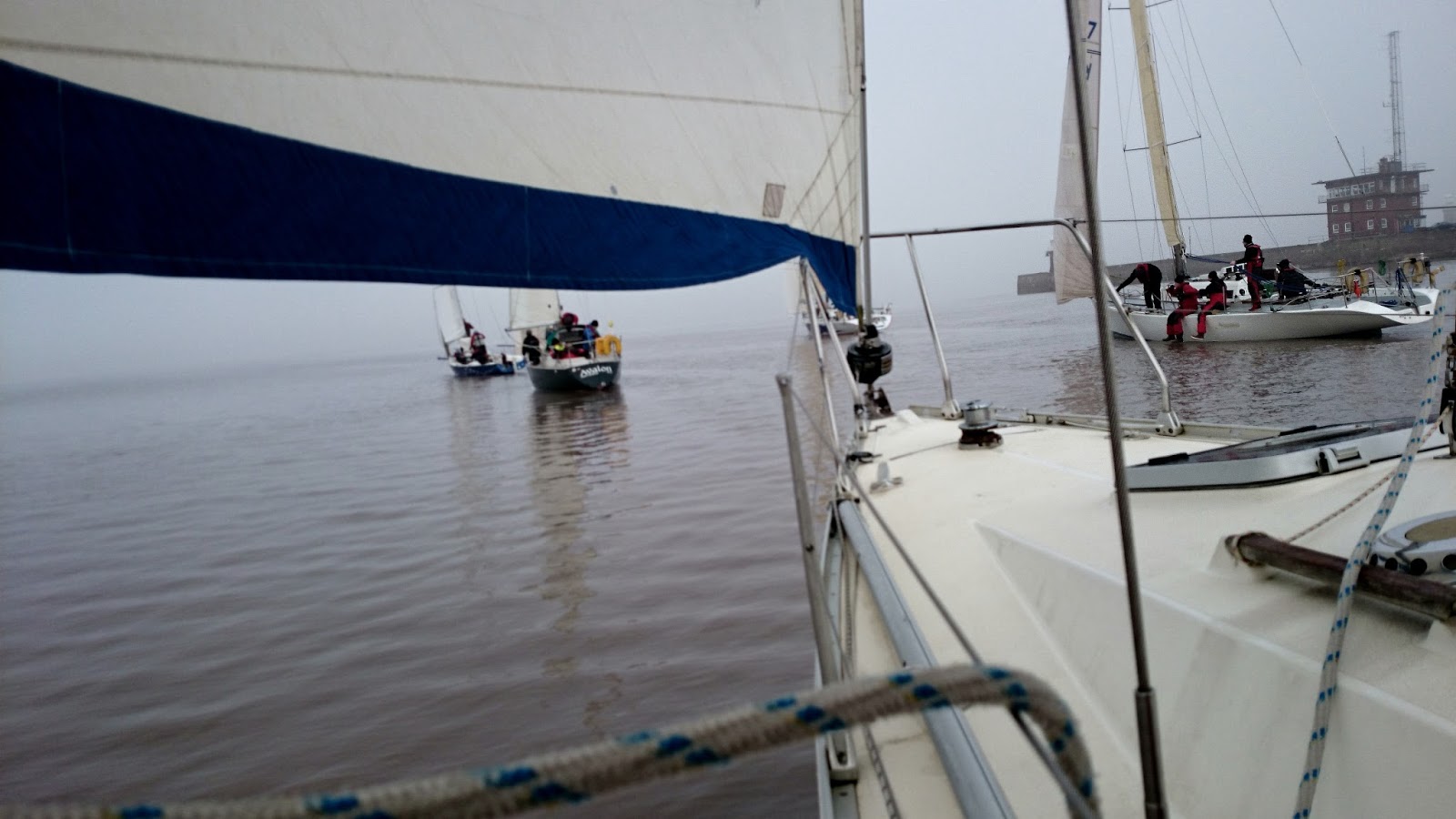 We locked out of Portishead, and motored up-channel to the start line in the mouth of the Avon. With the sails hoisted and the engine stilled, what little light breeze we had was broken and disrupted by the wall of the Avonmouth docks on the north bank of the river. Conspiring with this, the flood tide kept us effectively pinned into the river mouth with the rest of the fleet, making for a slow, inglorious crawl of a start for everybody. 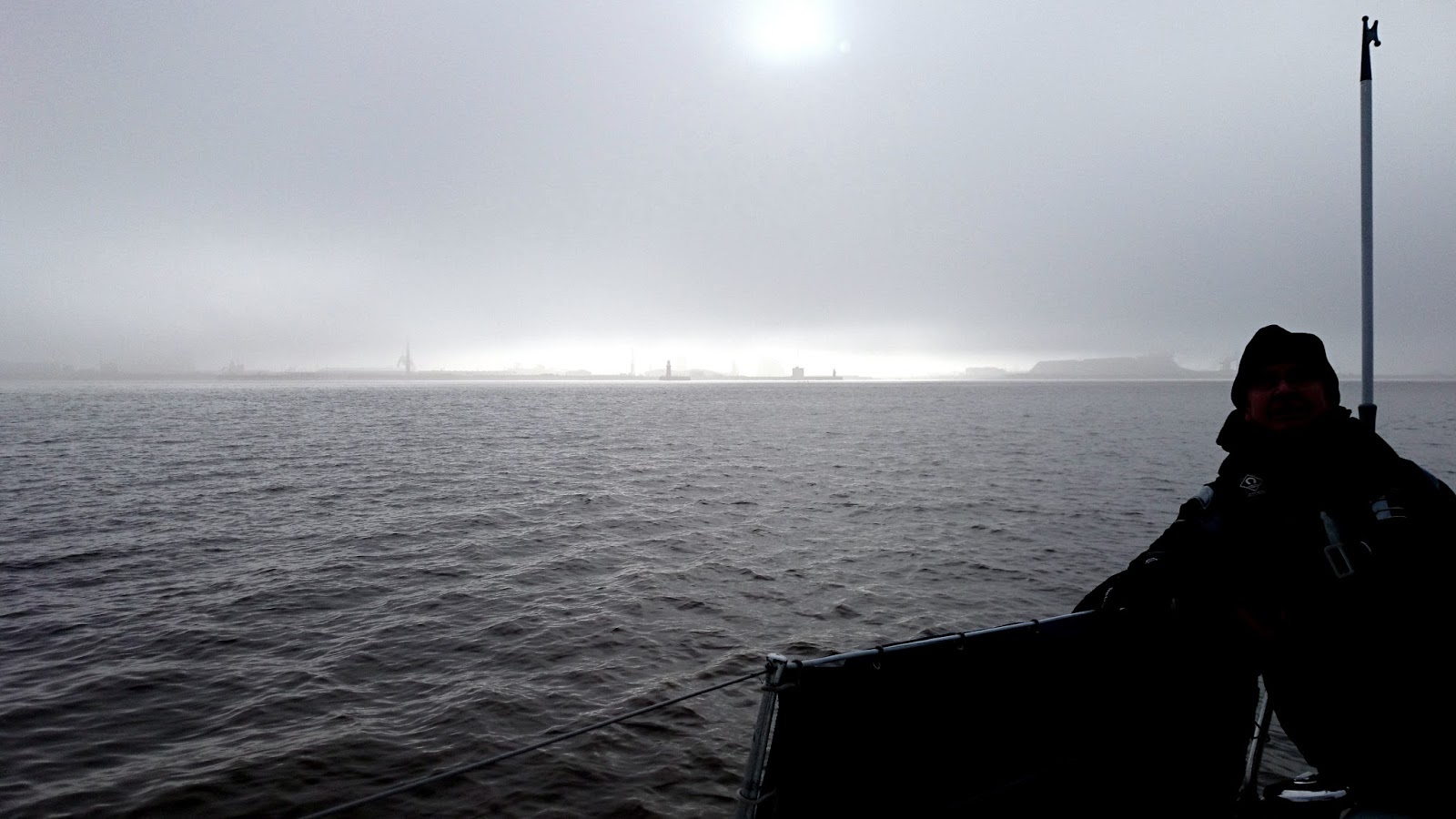 Once out past the spit, we bore away to port to keep close into the shelter of the bank in an effort to win back enough against the tide to make the first mark. Briefly, ever so briefly, the wind filled in for a moment, then died once more. The mist drifted in turgid ropes across the water, we drifted with it. As the fleet crawled on, the front-runners began to valiantly pull away as, with enough height against the tide now won, we hardened up and broke out from the disruptive grip of Avonmouth.

Now it could be said that this was an entirely dull affair. Tess was almost apologetic; that they'd invited me out to show me the sights and landmarks, and we found ourselves blinded by the thickening murk and becalmed by the listless air.

But I loved every moment of it. We were afloat. We were sailing. If the weather gods were not going to deliver me wind, then the fog was the very best next thing to entertain me. I love the atmosphere the stuff creates, the flattening light and deceptive shadows, the challenge of disorientation. It's a worry if it's my boat and I'm in strange water, but Tess and Chris were eminently competent and in home waters they knew well.

We made the first mark, and progressed out into the channel, but an hour and a half in, with the tide threatening to turn against us before me made the second, we retired.

As the tide turned, we motored up-channel to the second mark anyway, behind the still racing fleet, and pulled the mark up so that Chris could inspect the chains and shackles attaching it to its ground tackle, then headed back to Portishead. The mist thickened into a turgid fog, visibility down to a couple of dozen yards at best. Tess kept the helm, Chris switched the radar on and kept his eye on that. We edged into Portishead beneath the breakwater with the rest of the fleet emerging out of the soup around us. The air was so opaque that we couldn't make out the lights of the lock and had to rely on the VHF for clearance to enter. 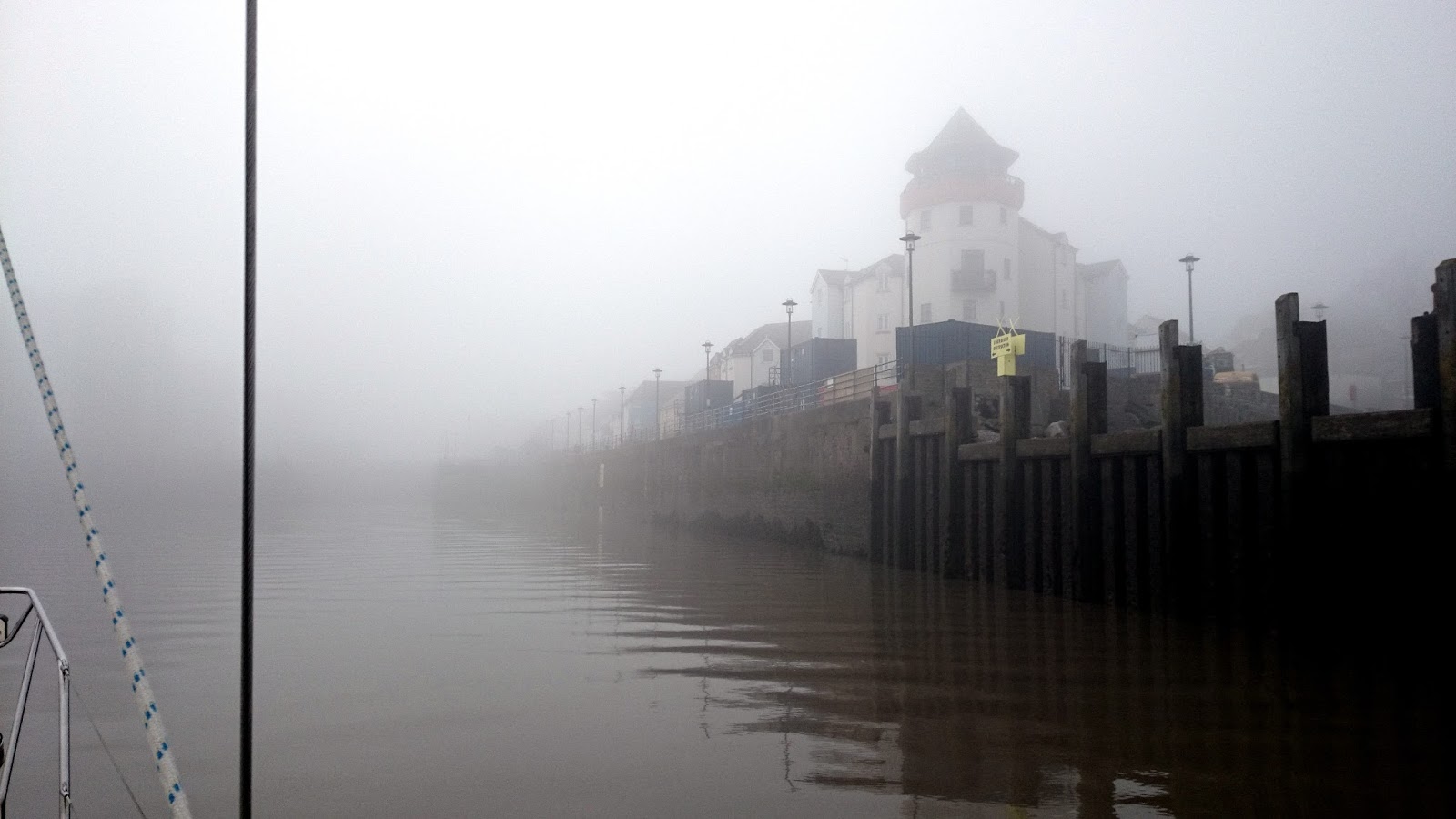 The lock-keeper was clearly a man of sartorial wit:

"This is Portishead Marina, don't you mean Foggy Lady? Over." 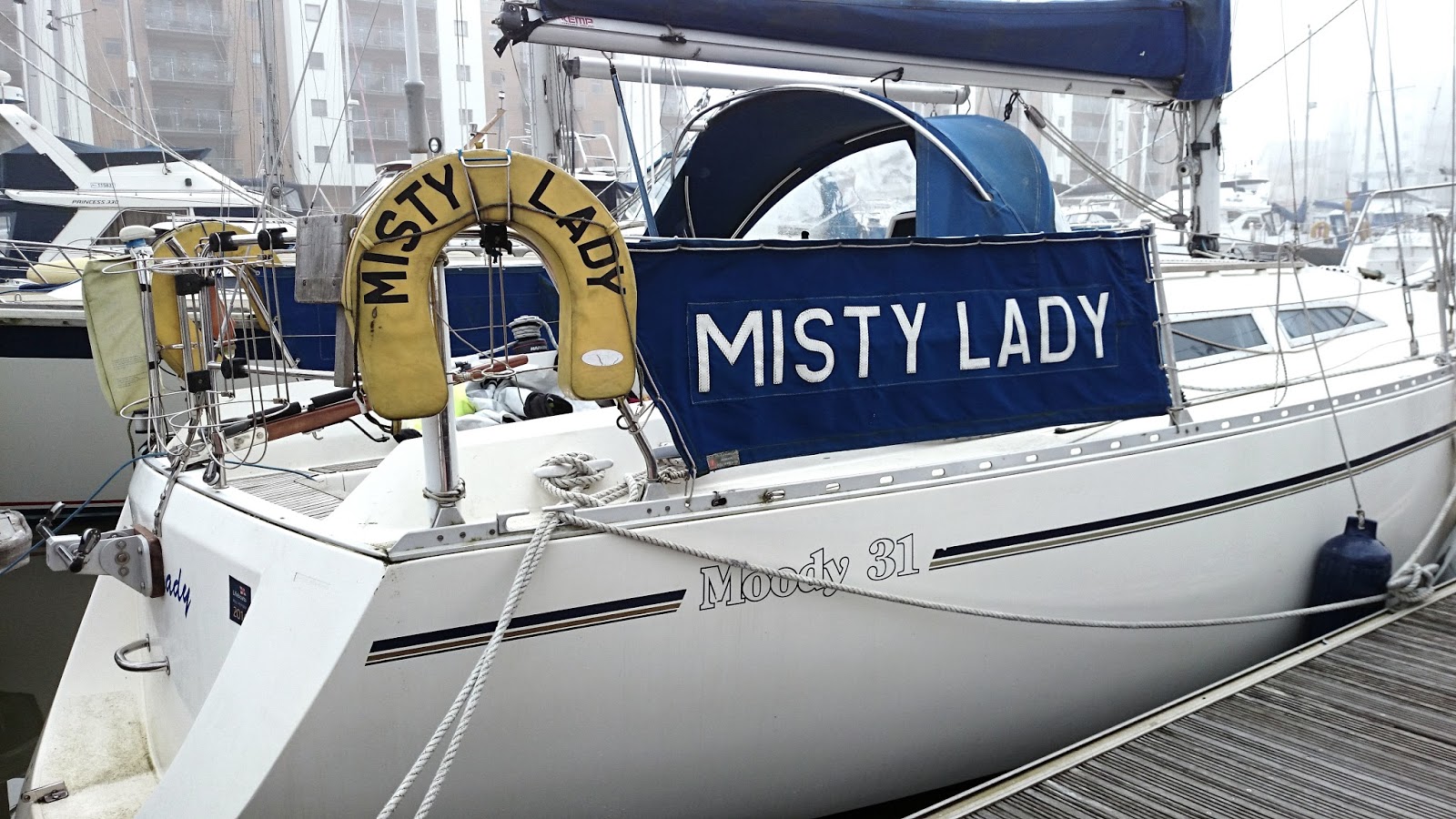 Once locked in, with Foggy Lady duly returned to her berth and everything tidied away, we retired to the pub for a well earned pint.

Portishead is a great place to sail. Really can't wait to bring Calstar up here so we can set about exploring it ourselves. I'm very grateful to Chris and Tess for such a lovely morning out in the Bristol Channel, and to the rest of the racing fleet of Portishead Cruising Club for such a cheerful welcome.