of two gigs, a cold, a drift and an overrun

Friday 15th & Saturday 16th: two gigs. Feeling distinctly under the weather, so skipped karate Saturday morning. The worry with a cold isn't the discomfort or fatigue, just that if it goes to my chest and develops into a cough, it strips out my voice. An hour of heavy exercise always seems to encourage that, even if I'll otherwise feel better for it afterwards, so I stayed home Saturday morning instead and lazed around the house until it was time to head down to Bristol for the second gig.

Sunday 17th: sailing. Two races, crewing for Barry in his Albacore. It was an absolute drift when I arrived. The lake was still mirror smooth when we launched. And then, as if by magic, the wind filled in. Not by much, but enough to keep us moving. 24 boats on the line for the first race, and we botched the start, getting caught over and having to go back around the Committee Boat. We were saved by an early tack onto port towards an empty right hand side of the course and clean air, and clawed our way back through the fleet to finish a credible 4th.

Only 20 boats for the second race, but we got a much better start, leading the fleet around the windward mark, and extending our lead to finish 1st, beating the second boat, another Albacore, by 7 seconds. That was our best result so far, and might be the last time I sail with Barry for a while as I'm racing at Frampton next Sunday (or will be away with Dad and Calstar) and the Sunday after am travelling down to Lyme Regis with Amanda to look at an Albacore we're thinking of buying for ourselves.

I got home Sunday afternoon to find our daughter Tash had decided to pay us a visit. Nik had a short shift at the shop that evening, so it fell to me to cook supper for us all. The only complaint was that I should've cooked more. Apparently it's not enough to simply double up when the recipe is for two and you've got to feed four. Appropriate portion sizes are not my family's strong point. 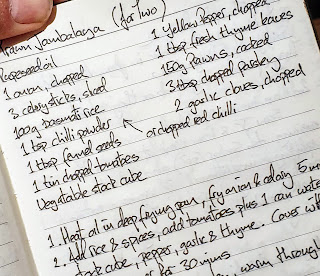 Tuesday 19th: as of now, at home waiting for the fitter to arrive to start on our bathroom. His last job has over-run and so we've so far lost a day and a half. He said this morning he'd be here for around lunch time. Which is about now. Of the dogs, Boo (the blond, slightly anxious fur-child) was dropped off at my in-laws this morning; they're dog-sitting him this week and next and, surprisingly, seemed utterly delighted when I dropped him off. The other two are with me and I've promised them a walk, but we can't go till the fitter has got here and we've settled him in.

Lilly and Jack are not impressed. 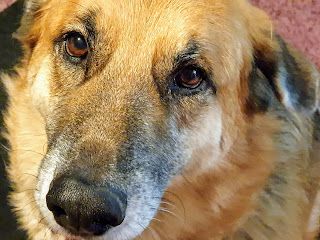 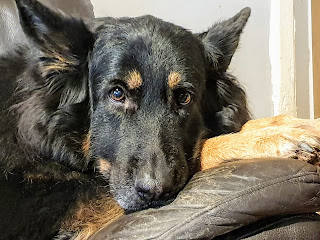 tatali0n
Plays in a band, sails dinghies, practices karate, addicted to computer games and tests software to pay the mortgage.