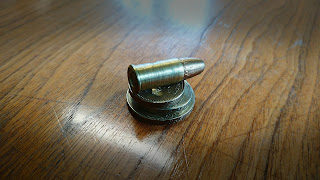 I've bought myself a Raymarine ST1000 Tiller Pilot for my birthday. It's going to require a change of power socket, but I'm hoping it'll otherwise just fit where the old Autohelm 1000 was originally seated. Later this year we're going to get a windvane. I'm hoping we can wire it into the Tiller Pilot so it'll be able to hold a course to the apparent wind, which strikes me as a rather neat thing for an auto-helm to be able to do.

I'm not a particular expert on big boat instrumentation or how it all links in together, but I believe it would also be possible to wire it up to a wireless transmitter of some sort so that I could actually control the thing from the GPS on my Garmin watch. Which whilst that does sound like fun, seems like something of an overkill for a humble Westerly Griffon. I'm excited enought that the new toy had an LCD to tell me what course it thinks it's holding and an auto-tack function (the old Autohelm pre-dated both these features)

Off over to Dad's tonight for supper. Nikk's not 100% at the moment, so it's unreasonable to expect her to walk home with me afterwards. At least the need to drive home after supper should stop me getting ridiculously drunk this evening, a temptation that, it being a Friday night and my birthday, might otherwise have proven too hard to resist.

The adult sail training starts at Frampton tomorrow, and I've promised to help out with instructing, so that will absorb my next five weeks worth of Saturdays. I'm actually quite looking forward to it. I have Saturday night off, so will probably vegetate in front of Netflix with a bottle of wine. Though I do vaguely remember promising myself a bottle of Laphroaig for my birthday, the wallet is a little bruised from laying out for the Tiller Pilot, so I'm currently undecided. Undecided as to whether to deliver on the promise anyway, or wait until next weekend's gig can pay for it. 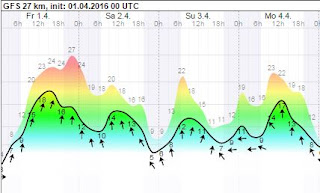 We have a lock booked for 1400 on Sunday. Neap tide, high water Portishead is 10.7m at 1633, so we'll aim to sail up under the bridges and back. Now Daylight Saving has kicked the clocks forward an hour, we should be back well before dark. The weather looks promising, with a light southerly breeze forecast, albeit fading into the evening. We may have a guest with us. I'm really quite looking forward to it.

The photo is my lunch money. No particular reason, other than I'm growing hungry as lunchtime nears. The bullet, which is unconnected with lunch, was a gift from Dad. He found a couple of them, unexplained, amongst some of Mum's old things; they would've originally belonged to Granddad, who fought in the War and remained in the army as an MP for some years afterwards, stationed in Malaya and then later Germany. Dad drilled out the gunpowder and firing pin (apparently he looked up how to do it safely on Google) and gave one of the bullets to me as a keepsake and the other to my brother.

I'm really not a fan of killing things unless I intend to eat them, so by extension, guns and bullets have little philosophical appeal to me, though there is a certain visceral allure that I can't, in all honesty, deny. But I'm quite fond of this little link with the past, and a reminder as to how different it was for my grandparents than things are for us now.
Posted by tatali0n