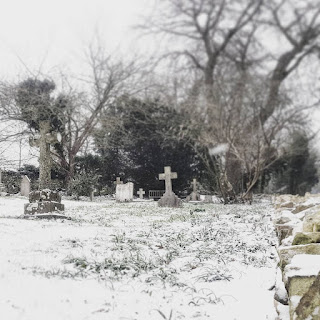 One of the first notes in the prelude to spring is the blossoming of the snowdrops. On the road into work, I climb over a single hill before descending into the Stroud valleys and then on to our office. On the top of this hill is the village of Edge, and nestled in to a fork in the road is the village church.

Pretty enough a building of its own accord, but in the dying stages of winter every year the grounds of its surrounding churchyard are wreathed with a thick, luscious carpet of these flowers. I see them as I drive past, and every year they make me smile because they're the first whisper that winter is finally coming to a close. Every year I promise myself I'll stop on the way into work for a couple of minutes and take a photo. There's never enough light left at this time of year on the way home.

And every year I invariably fail to do so. 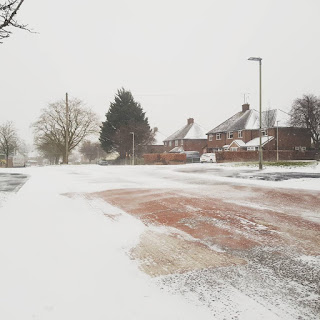 This year was no exception, except this year the promise of the snowdrops seemed to have been cut brutally short. One moment the churchyard was wreathed with their fresh white gleam, and then we had a late, hard snow.

More snow around these parts than I think we've had since the 80's.

Driving home early from work last Thursday afternoon to avoid getting trapped in it, I saw the churchyard and pulled over to the side of the road. The snowdrops were smothered in thick snow; smothered, frozen and quite gone. I took the photo I'd been promising myself anyway, wryly reflecting that I'd missed my moment yet again. 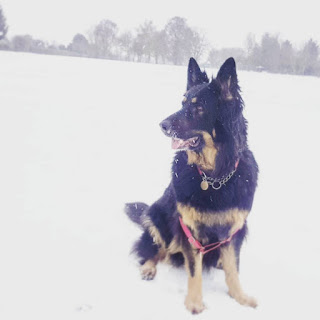 The dogs enjoyed the snow. I worked from home on Friday and was a bit fed up of it all by the time we got to the weekend, and so was quite relieved that by Sunday the cold snap was passed. Most of the snow was gone and the temperature was nursing its way back towards double figures. And, as I'm sure you can imagine, I was equally relieved to find that by Sunday the lake was clear enough to race on.

Although it is the first time I've ever had to dodge icebergs whilst sailing at Frampton, albeit none of them would've been too big to have floated in a washing-up bowl.

The weekend over, I was driving back into work on Monday morning. and as usual climbed the hill to drive through the village of Edge. The snow was gone, except for a dirty scattering of stubborn drifts still swathed across various hillside paddocks and fields.

But the snowdrops had returned. I finally got that photo. 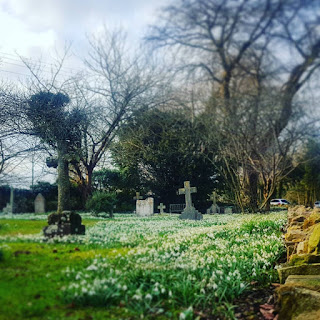