For the joy of it 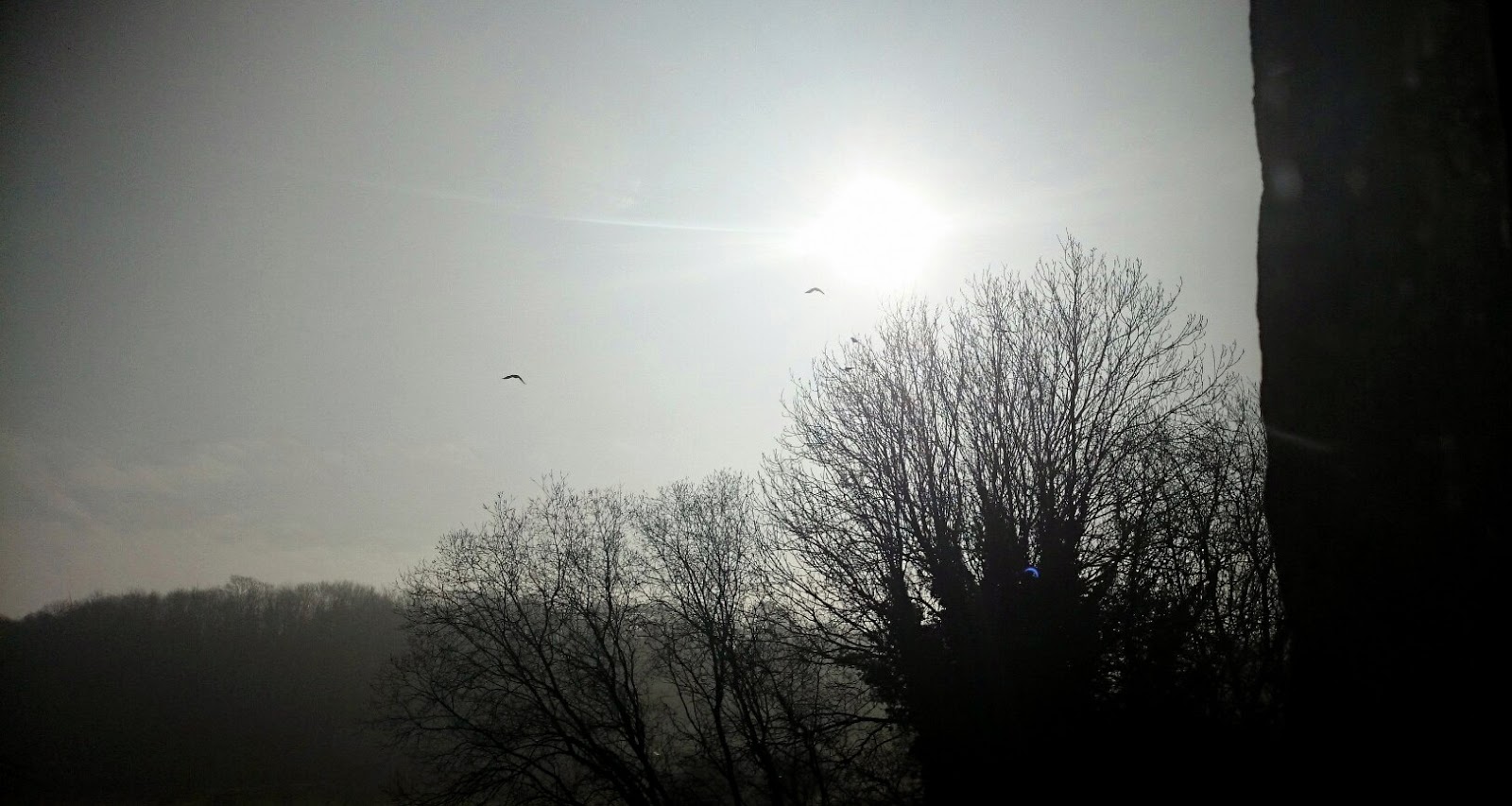 Friday evening, I cooked supper for my wife and youngest son. I love cooking, but only on my terms, and only because it is never a routine. The kitchen is my wife's domain. She made her indisputable claim on it very early in our relationship, has held on to the territory ever since, and has not been beyond threat of using violence to defend it. However, every once in a while I mount the occasional raid, and take a certain amount of pleasure from the artistry, adventure and accomplishment to be found there. So always very much a hit (wash-up) and run affair, I sometimes cook supper for her and whichever of the children happen to be home at the time, which these days is typically limited to young Sam.

Although I'm far from accomplished as a cook, it usually works out all right. I've only once, that I can recall, had to resort to ordering a takeaway by way of apology and contingency for an adventure gone amiss. The miss was less about a deficiency in my culinary skill than about a disparity in my own reckoning of what amounted to a reasonable amount of chilli in a dish as set against the reckoning of any normally balanced individual. And I am assured that my wife is a normally balanced individual, despite having now willingly put up with me for more than a couple of decades.

Saturday was spent walking the dogs with Nikki. A delight for me as I'm normally left to walk the dogs alone. And having the full day to do it, they were long, lazy walks and the weather was glorious.

Saturday was an early night. A very early night, as I had planned a ridiculously early start on Sunday. Consequently, I hardly slept at all. I should know better than to break routine, I should have just gone to bed at the normal time. Though that would have given me three hours of sleep against the four or five hours of kicking, tossing and turning that I opted for instead. 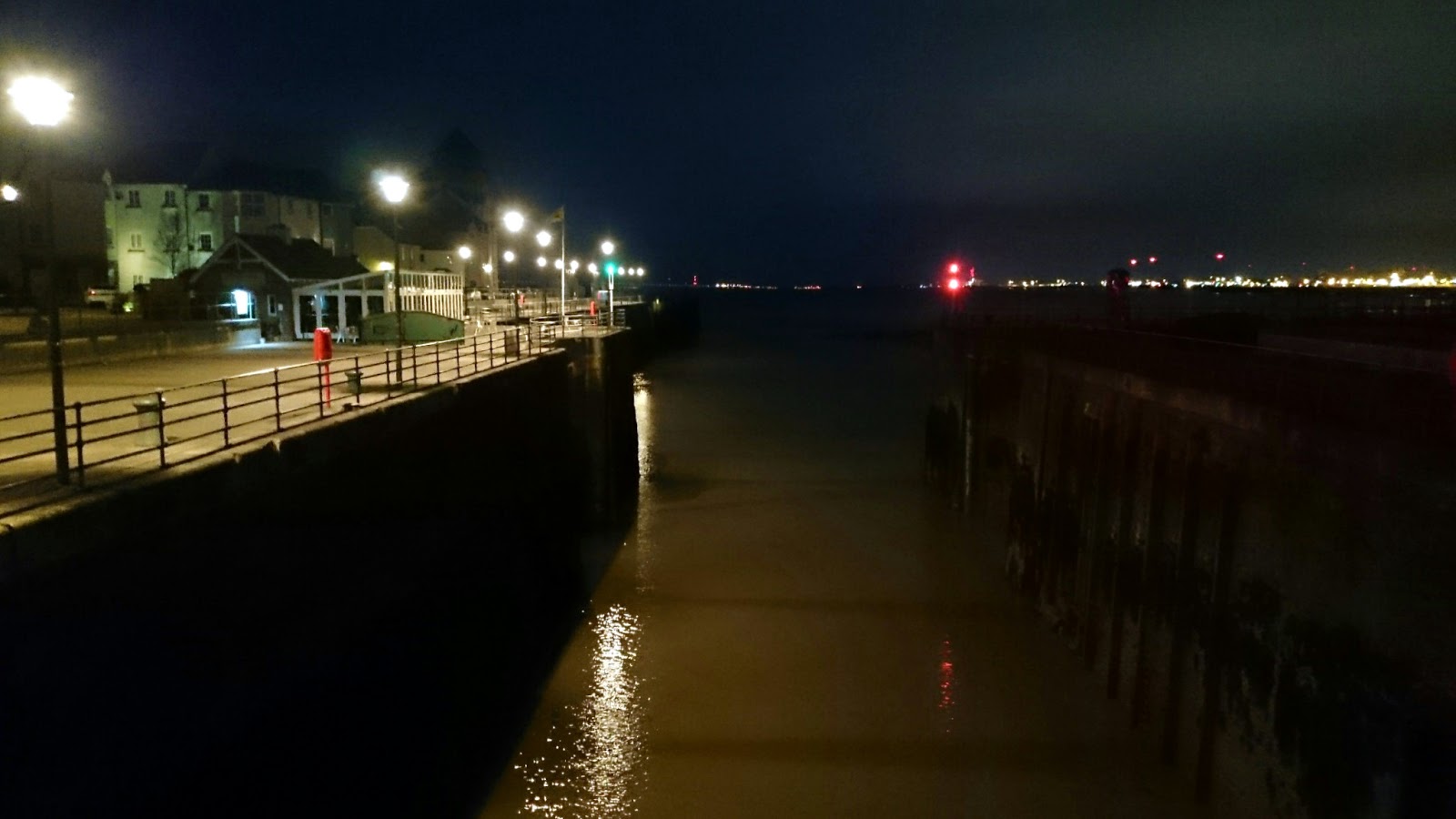 In any case, the turbulent night was over soon enough, as the alarm dragged me out of bed at 0345hrs, and I was aboard Calstar in Portishead Marina by 0530, having picked up Dad on the way down.

High water was expected for 0830, and at 14.5m it was going to be a big one. The forecast was for a light north easterly, dropping as the morning wore on, cloudy to begin with, clearing later. 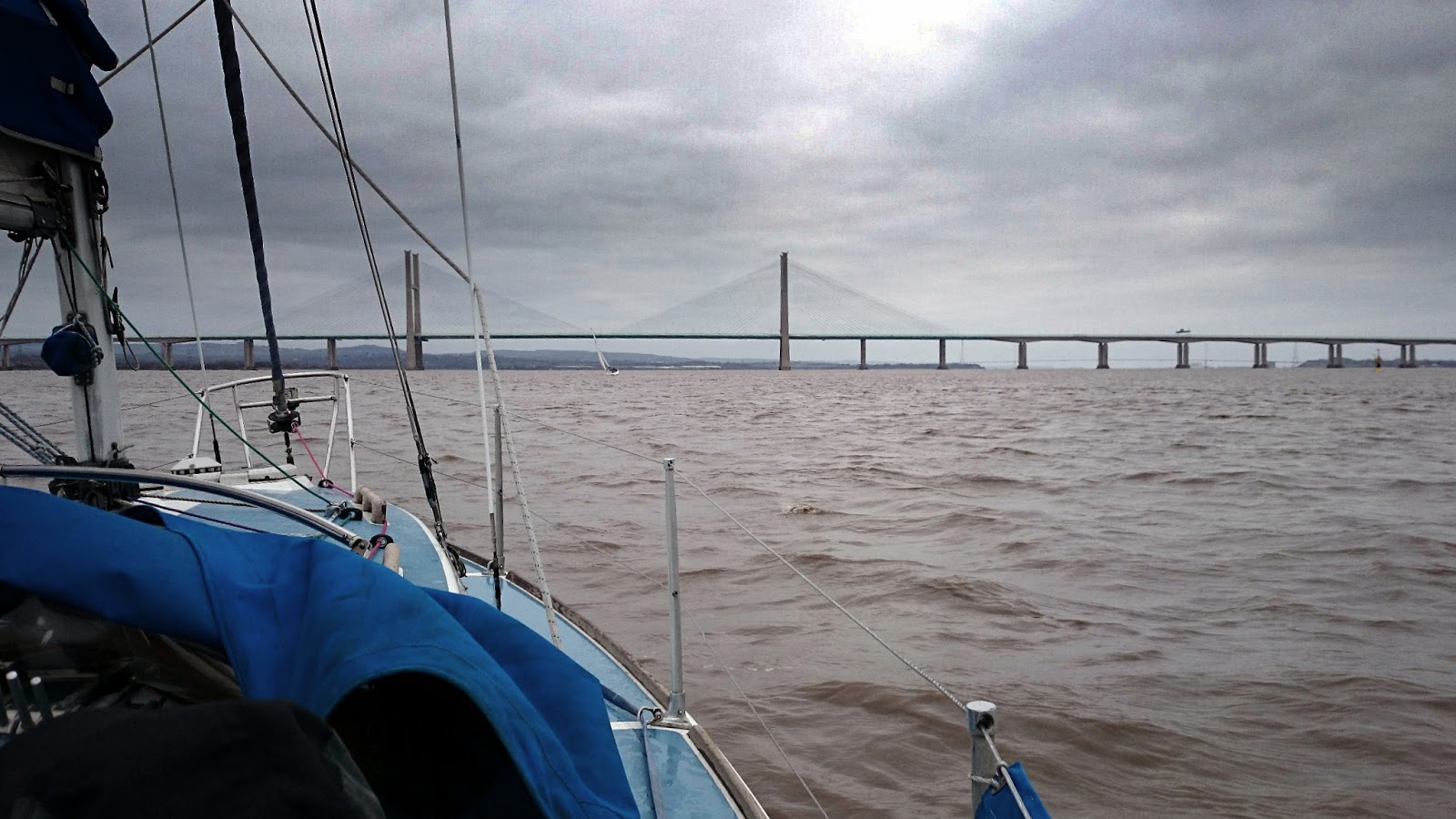 We'd volunteered to take out a guest, a magazine journalist and photographer called Bob Aylott (fingerprint.gallery), who wanted some pictures of the Portishead Cruising Club yachts sailing in and around the Shoots, which is a narrow throat of water up channel towards the New Severn Crossing. He'd originally intended to find somewhere on the shore to take photos, but watching the forecast through the week by Wednesday I figured we'd not be loosing out on much if we offered our services as a photo boat.

Keeping with the above mentioned theme of what brings you joy, whilst I'd never presume to consider myself a "real" photographer, I do like taking photos, so the opportunity to watch a profesional work close at hand was a welcome treat for me, even if it meant spending most of the morning under power rather than sailing. Anyway, the forecast didn't at any point suggest I was going to miss much in terms of wind to sail with.

As we locked out, I realised I'd got the forecast wrong. The uncharacteristic north easterly laid itself against the heavy set of the flooding spring tide, and so once out past the breakwater we found ourselves in the teeth of a bracing F3 and a lively, enthusiastic sea to play with. On advice from the lead boat, Misty Lady, I hauled up the main and motor-sailed to keep up with the fleet, but kept the genoa furled to allow Bob maximum visibility for his lens.

Calstar kept up beautifully, averaging about 5kts though the water without really labouring the engine, pushing ahead of the fleet when needed or dropping back to give whatever position or angle Bob wanted for his shot. We gathered the fleet together and led them through the Shoots beneath the new bridge, then beat on up-channel over the next hour or so to pass Chapel Rock abeam to port and then slip beneath the old Severn Crossing. Throughout the morning the sky occasionally brightened, but the sun never quite managed to break through.

A little before 0900 we were beyond the Old Crossing, over the delightfully named Slimeroad Sands, a little upstream from Beachley in line with the leading lights that would, if we wished, guide us up the Slime Road. The tide turned, softening the wind as it did. It's like the throwing of a switch in these parts, with no real slack water to mention between the flood and the ebb. We led the fleet back down beneath the old bridge to set it as a backdrop for a final group shot, then Bob declared he'd got all the photos he'd hoped for and more. With his blessing and thanks, I stilled the engine and unfurled the genoa.

The next hour was spent in blissful tranquilly, sailing back down between the bridges in the company of the other PCC boats, goose-winged on a gentle run across flat water, except where the waters churned up around the bridges. The apparent wind, deadened by the set of the tide, hardly touched a F2, certainly no more. 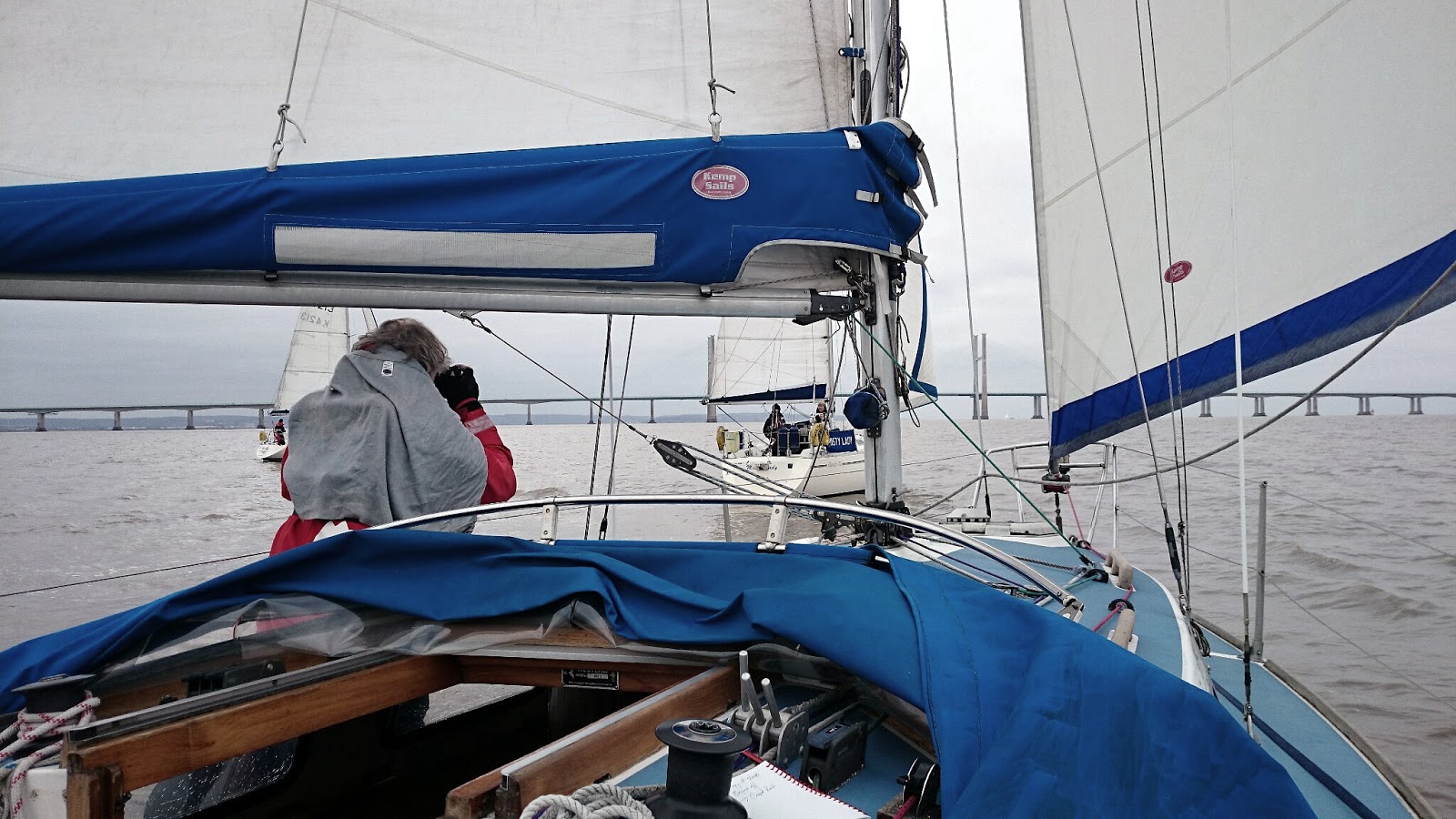 I'm really looking forward to reading the fruits of Bob's labours when the article gets published.

Dad is retaking the RYA Dayskipper Theory again; suffice to say he didn't get on with the delivery of the last course at Frampton, and so despite working through the full forty hours of it as it ran across the sixteen weeks of the winter, in the final exam he decided he'd had enough and elected not to complete it. Frustrating, and has left me feeling somewhat disillusioned with the whole RYA process of instruction, exam and certification, but there you go.

I figured we'd draw a line under the whole thing and move on. Now we have our own boat, the information and technique may be important, but there are plenty of other sources for that, and the actual certification is mostly an irrelevance now. However, Dad's not especially fond of quitting, and never has been. He's found a commercial outfit in Portishead that comes recommended, and runs the Day Skipper course over a couple of weekends. He's signed himself up for it and starts this Friday. It will be interesting to see how that goes.

The rub is that he'll be in class this Sunday, so won't be able to race with me on Sunday afternoon.

Which wasn't a hug problem, as Ben is back this weekend. However, I've been watching the forecast, and WindGuru is suggesting it's going to be a F6, potentially gusting to 9.

Now I know the reefing works, and I know from the trip back from Cardiff that Calstar handles a real treat when beating into the teeth of a F5, and at least the wind shifts back into the west for the weekend. However, 38kt gusts are potentially body and boat breaking, and whilst it seems inevitable we'll break stuff at some point, it seems rude to risk the first breakages when Dad's not even going to be on board. 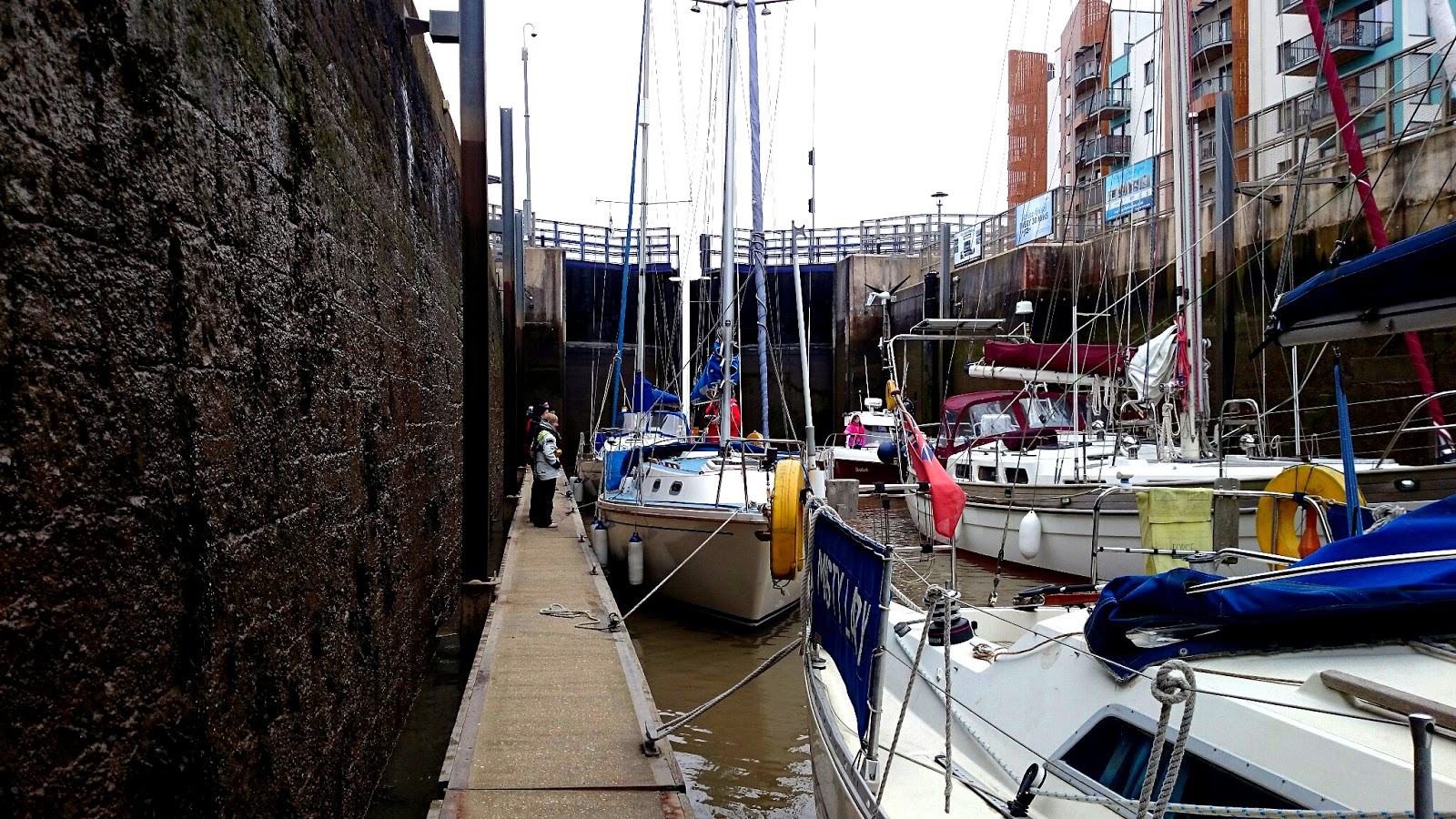 I'm hoping the forecast will moderate and the weather arrive later or not at all. But if it stays like it is, then I think we'll sit this one out and watch from the shore again.

I'm beginning to think racing with PCC is a little jinxed.
Posted by tatali0n