Just watched a short clip on the BBC about Barrel Jellyfish:

Conclusions I draw from the article:

a) there is no limit to what man can do with cable ties and
b) did they really need to tag the jellyfish to prove they could swim?

But mostly, watching the Jellyfish ghost through the water reminded me of last summer in Cornwall. It's possible I've previously posted these two photos up here. They were taken with my camera-phone in St Austell's Bay just outside Polkeris last July. 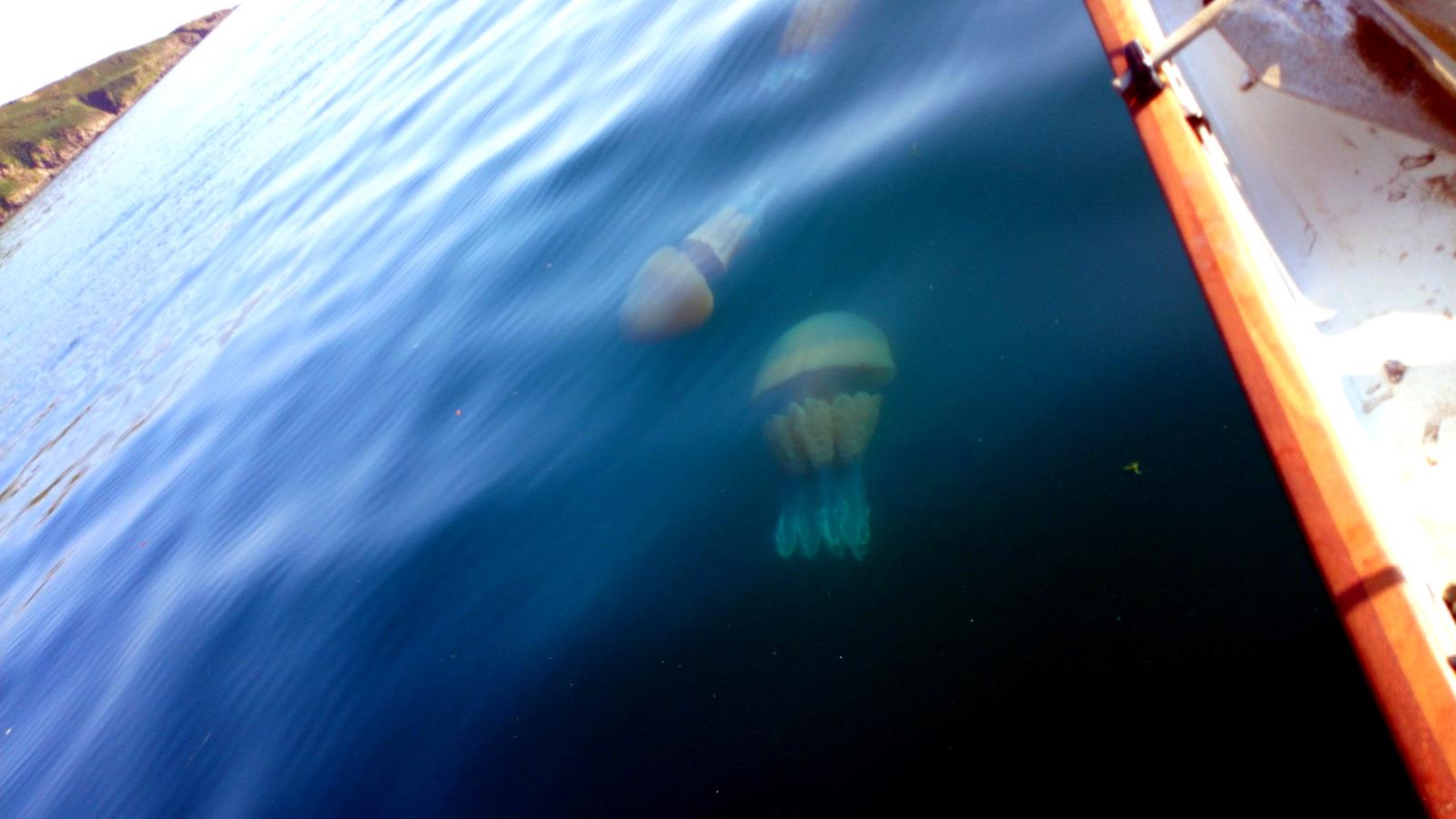 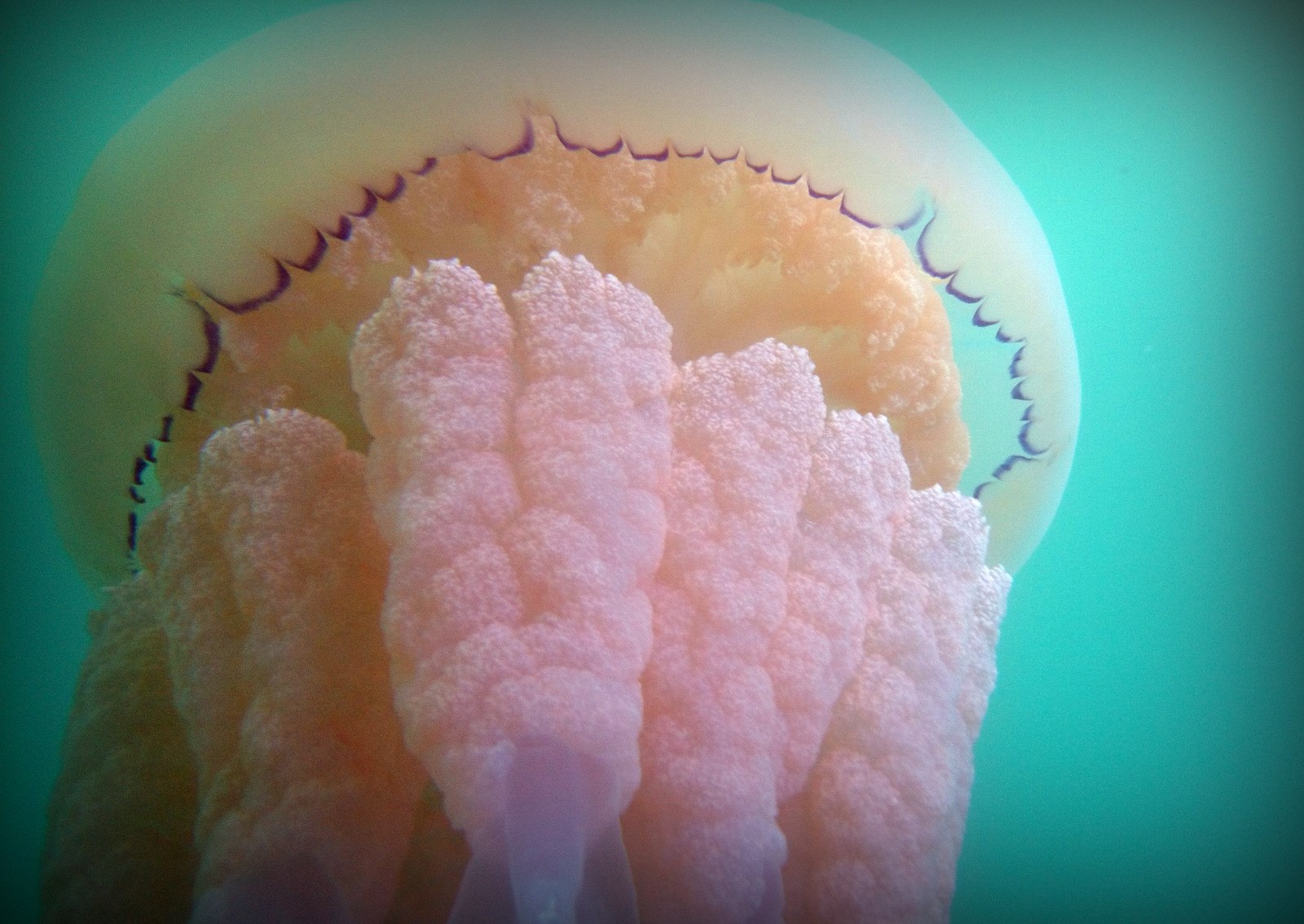 Majestic, otherworldly creatures. I'm told these particular types don't sting, but I was happier watching from the refuge of Ondine than I would have been swimming with them.
Posted by tatali0n