Matt, my very good friend and husband of Hels, my indomitable crew, was on safety boat duty today, so I leant him my camera (and credit for the photos here therefore rests with him). The forecast was looking frisky, so I thought there might be some interesting pictures to grab.

In the event, the wind came in less than I'd expected, which was just as well, as I'd effectively promoted the safety boat cox to camera-man.

The race proved the hardest of the series so far, if you discount my crew feinting on me at the start of the second race last week, and my need to subsequently retire, sailing the swamped boat back single handed through a squall to deliver her safe to shore.

But that was a different kind of hard. 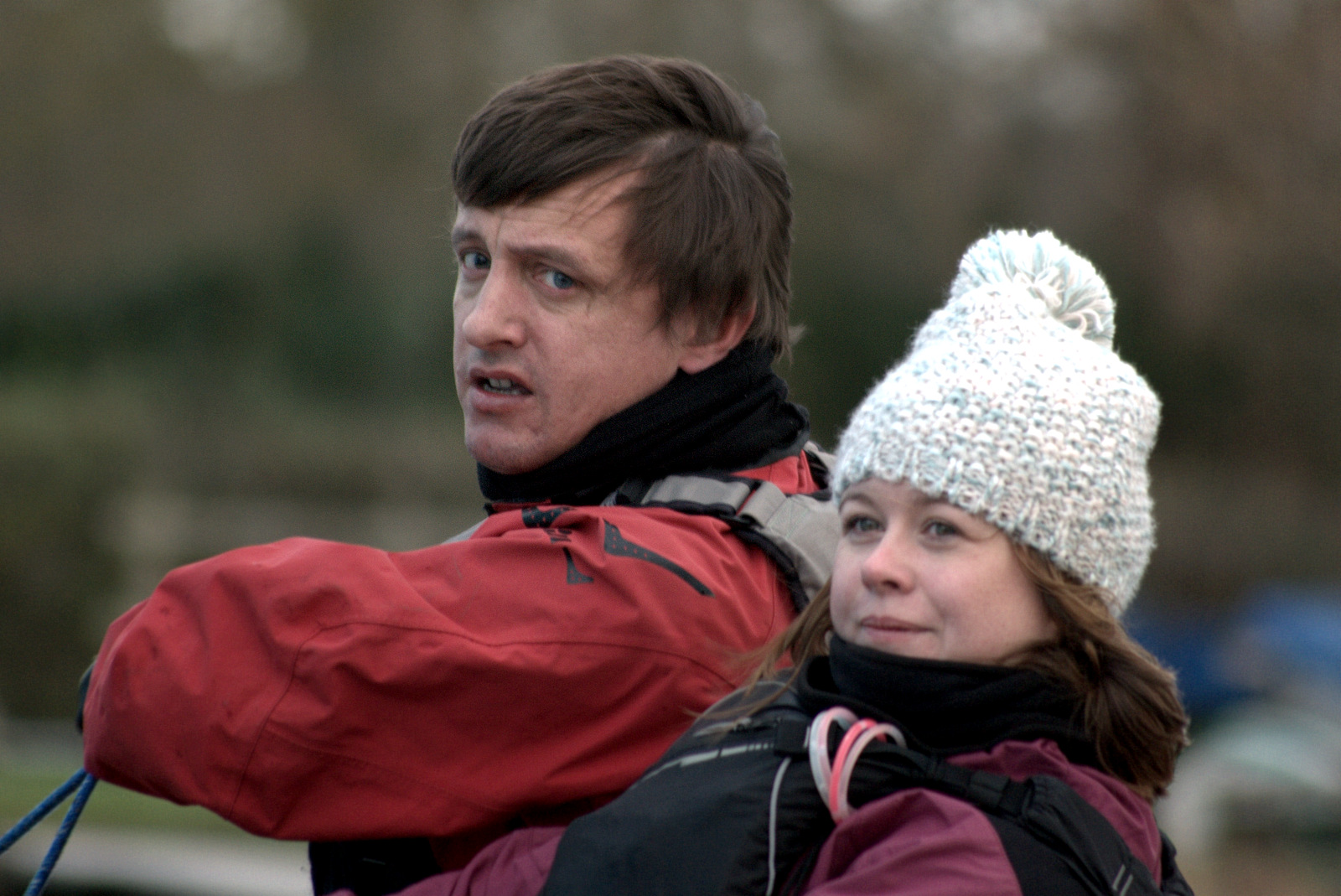 And she came back looking more than fine again this week, so I clearly didn't handle the situation that badly.

This week, the hard was all weather. Pressure enough to get the lasers planing, not enough to get us up on the plane except for once or twice, but great air for Solos, with their fully battened sails, and there were loads of them to climb through.

It took a good while to catch them up, and longer to weave our way through them. They had us every time on pure boat-speed downwind, but upwind we slowly abraded their weather advantage and snuck through.

For once, our only collision of the day wasn't my fault and had one of the lasers doing turns. Not enough of a delay to catch him, and Jon still beat us by a single place. And well deserved for him, I reckon.

About half way through I'd pretty much resigned myself to a middle of the fleet finish. The wall of Solos seemed insurmountable. But that's the lovely thing about a pursuit race. By design, the format brings everybody together at the end of the hour, so it looks insurmountable, but if you keep climbing, the end is always skin of the teeth, boat on boat climactic entertainment.

In the end, we finished a respectable 5th place out of 17 boats.

The down side of that is that overall, added to the efforts of previous weeks, it lifts us out of the relaxed obscurity of unqualified for the series and into 1st place with one race left to go. Of course, I've got to hold it for that last race. Which, whilst I'm not normally so well positioned, traditionally I always fail to do.

I've never won a sailing series yet. I did once manage to throw away a 2nd place overall by successfully pinning out my only two challengers through the entire final race, only to loose concentration and miss the finish line on the last leg of the last lap. They took 2nd and 3rd respectively, then were kind enough to yell at me to turn around and come back and finish.

[EDIT: realistically, looking at the boats that have yet to qualify, but could do if they race the final on Sunday, combined with the forecast wind, which is promising to be Laser country, I'm in with a chance at a 3rd overall, if we sail well] 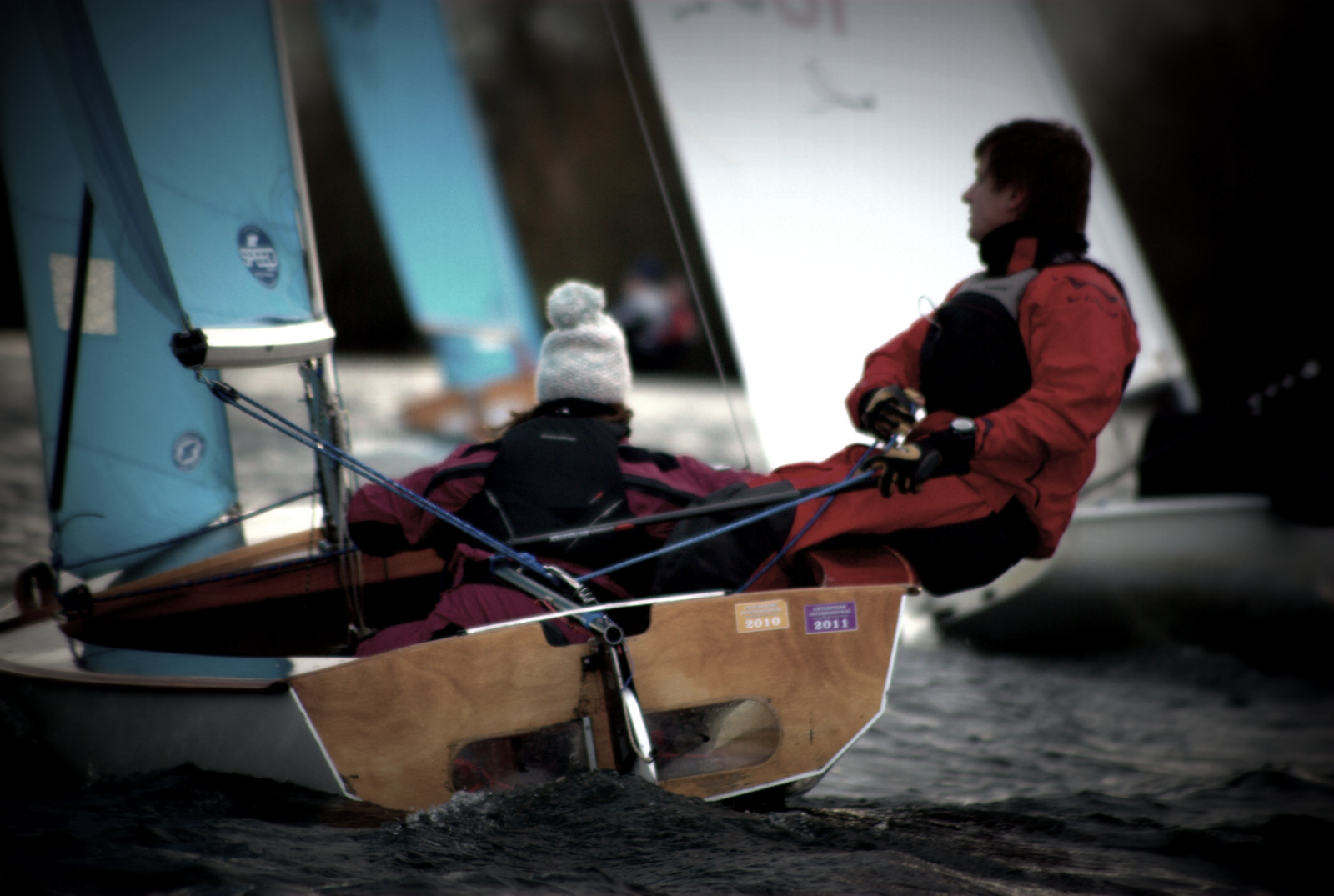 So I shall enjoy the moment of being on top for now. I shall race next week, and I shall try to hold my own, but I shall not take it too seriously, and whatever the result, I shall then head off to enjoy my last gig of the year at the Lion, next Sunday evening.

One last thought. Given that this is one of the many things I love most in the world (and yes, I picked the words of that phrase with both care and honesty), the camera apparently says that if I love it that much, I should smile more when I'm racing: 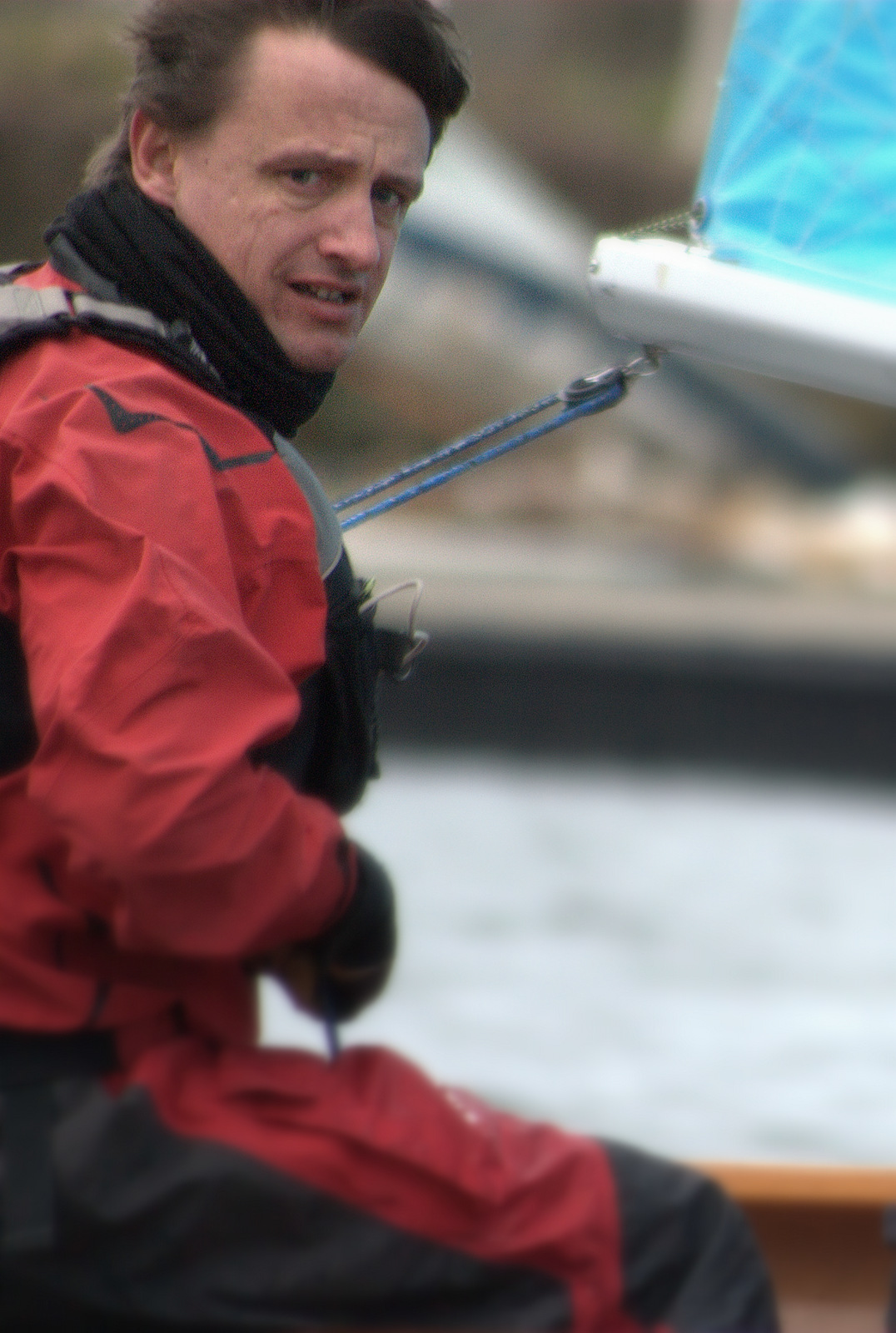