And by that I mean the wind, of course, not Ben. 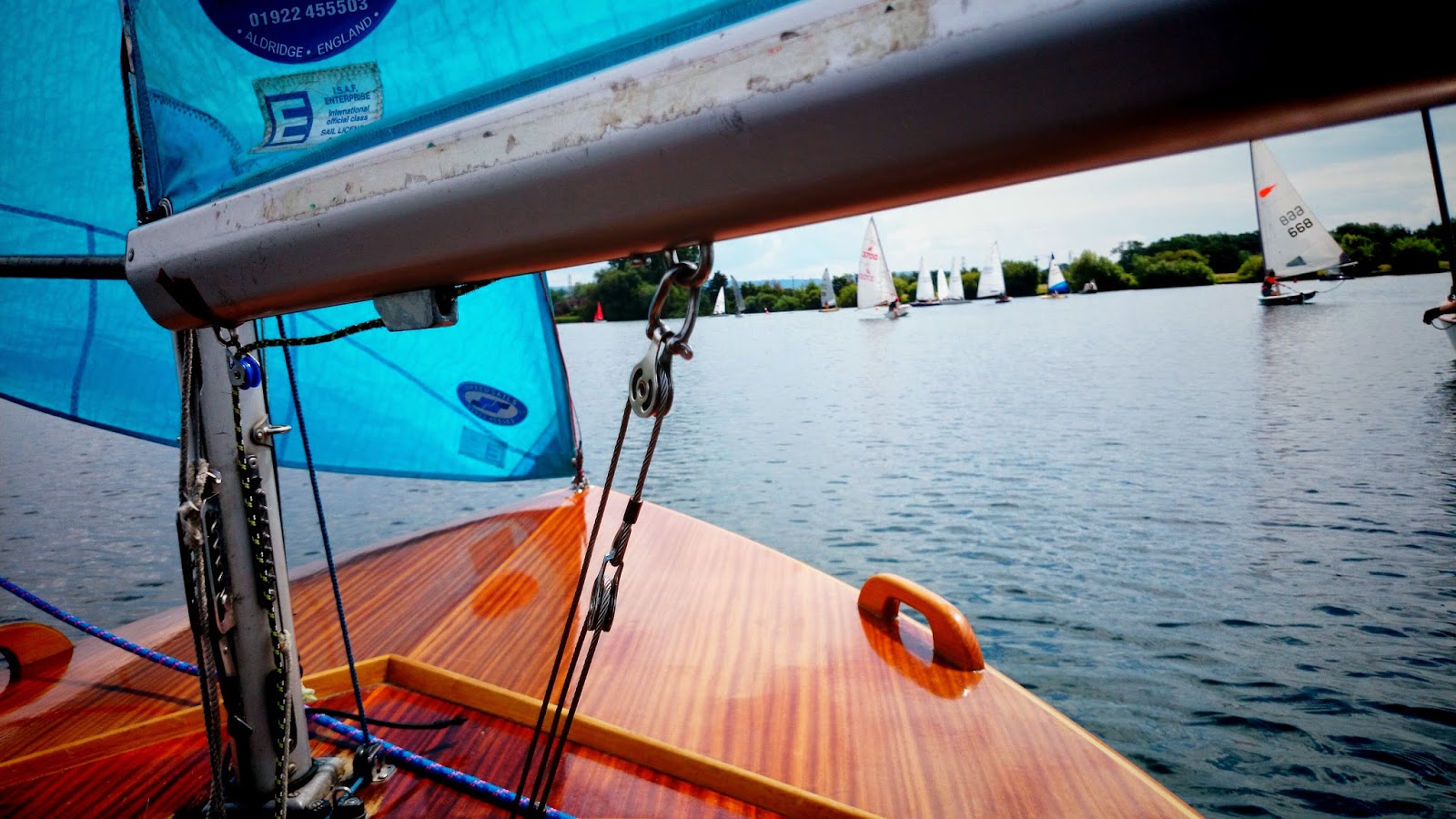 Crewed for him yesterday. He turned a horrific start-line where the wind had backed almost 90 degrees to create beam-reaching, multiple boat carnage, into a mechanism of genius. We left one of the other two Enterprises on the line doing penalty turns in our wake, although it did take a call of "Protest" to persuade them the turns were owed, and made it third around the windward mark. Things got a bit shaky mid way, but he held it all together overall and pulled away from the fleet again to finish well.

The second race had less of a dramatic start, and not so well set-up, but an early tack onto port got us clear of the pack and into clean air, again putting us into the top three or four around windward and setting us up for another good result.

I've really enjoyed crewing for him the last couple of days. Going to be the last for a couple of weeks. This coming weekend Ben's away, I'm instructing all day Saturday, gigging Saturday night, then have my grading on Sunday. The following Sunday I'm away to Fairford to watch aeroplanes, so won't be racing again until the 20th, at which point Hels should be back having finished her house move, so we're going to have to beg or borrow another boat from somewhere. 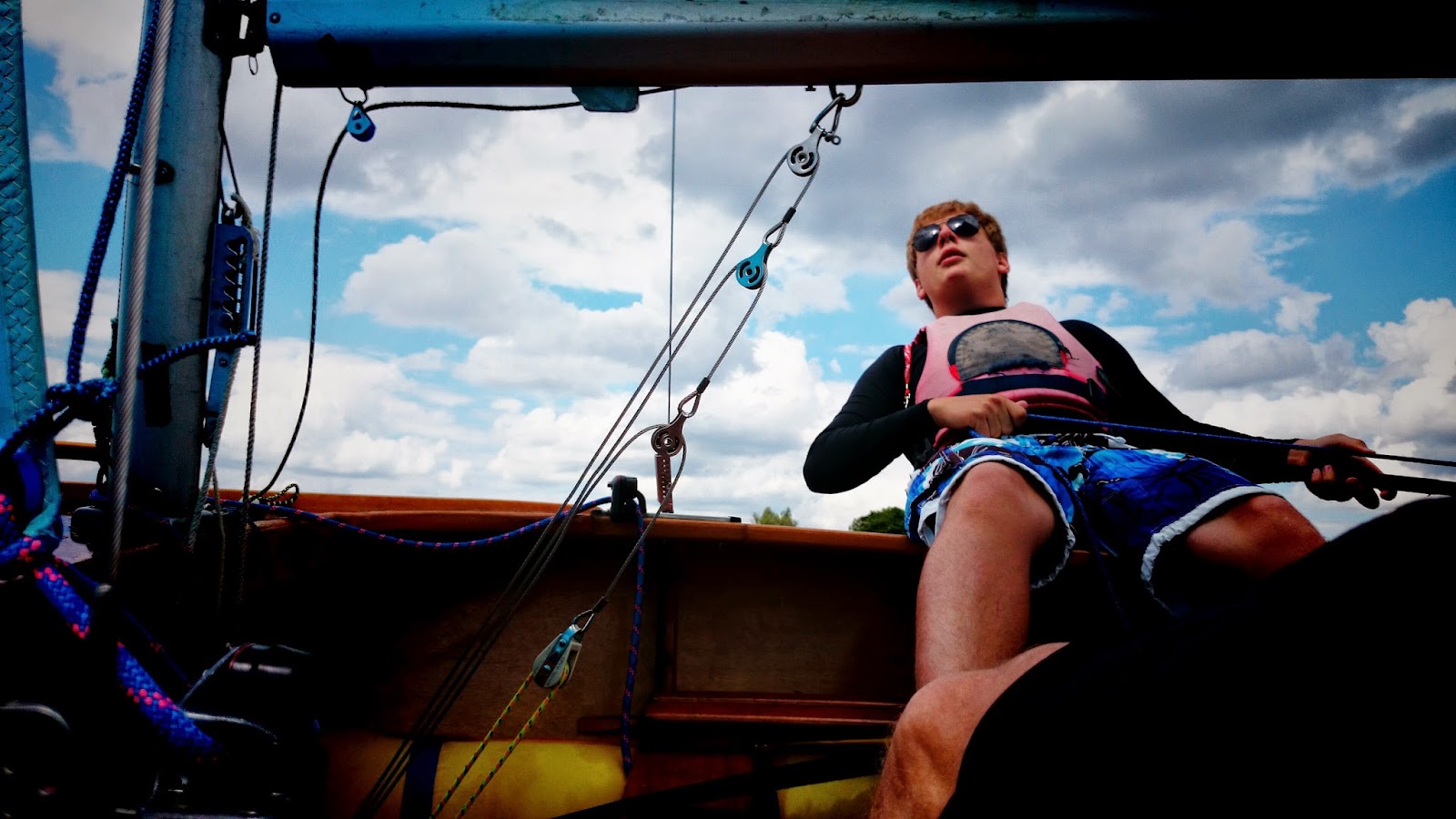 The weekend after that, I'm away to Fowey with Dad and Ondine.

That's pretty much the next month planned, sealed and delivered. Slightly alarmed at the apparent dearth of racing lined up, though my diary is utterly self-inflicted so I've none to blame but myself. 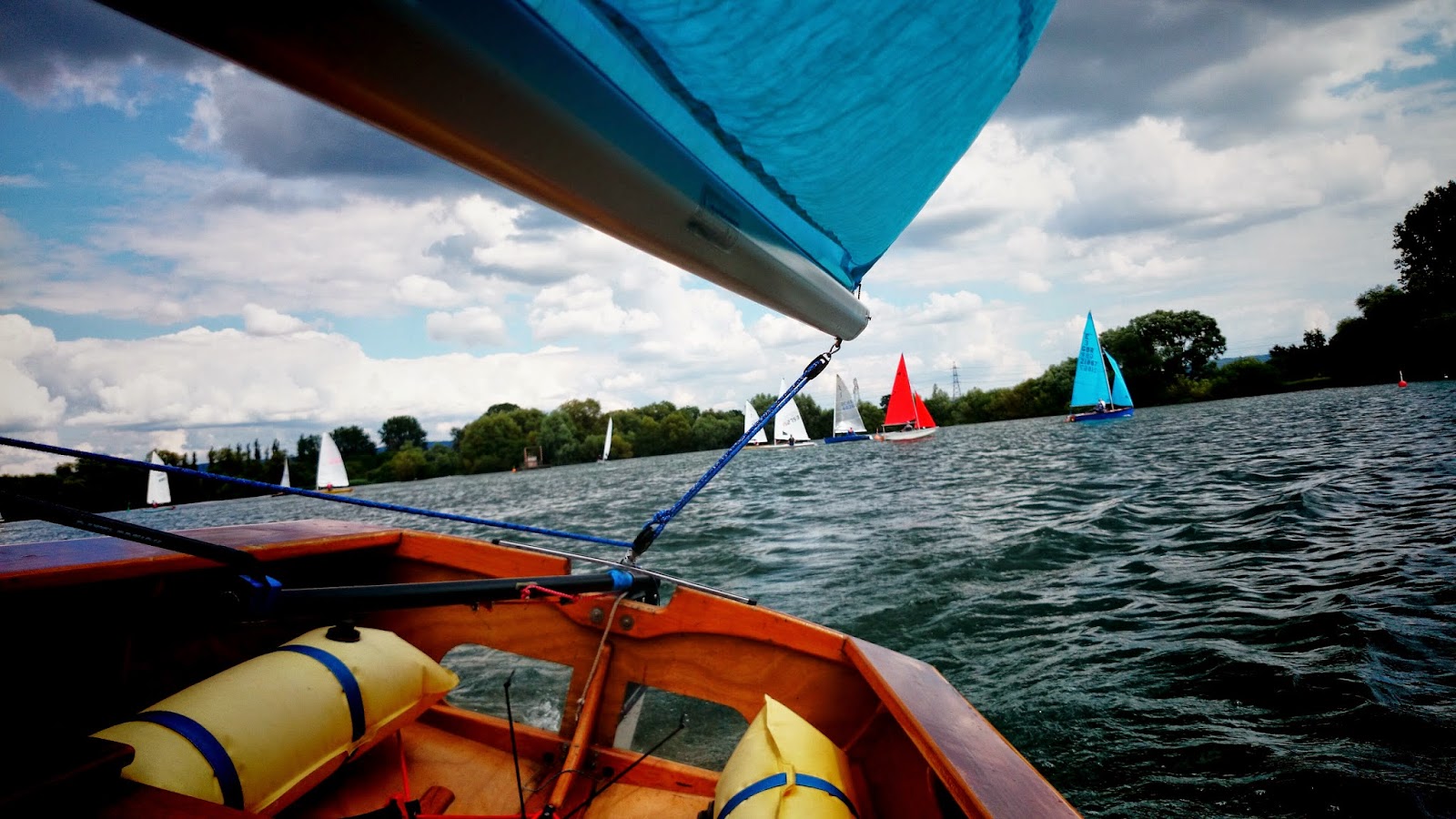 Wonder if Nik would notice if Ben and I started sneaking down the Club on the way home from work for the Wednesday evening racing?

[a thought occurred, just looking at the photos included above: dinghies, unlike keelboats, generally sail fastest flat. Ben is usually very good at sailing the boat flat, and any heel in the above shots should be firmly blamed on the inconsideration of the crew positioning himself to take an inopportune photo, rather than the helm being unable to manage his boat]