This weekend was non-stop. Not all bad, as most of the non-stop was on the water.

Don't actually remember Friday, but Saturday morning I got to the Club early to help Dad out with Sailability; the preceding photos were posted from there, whilst we were still out on the water, lovely thing, technology.

Dad wryly noted that you can always tell when we've overloaded Ondine with crew, because the water comes in through the scuppers. But they were a lovely crew, the morning was bright sun and gentle wind, so Ondine was more than up to the load.

We also managed to get a tent to fit aboard her, so accommodation for next weekend is now sorted.

The Club had an Open Day on the Saturday, so after Sailability, I spent the rest of the day helping out in the Club boats, taking visitors out on the water and introducing them to sailing. Always fun and endlessly rewarding, but exhausting. That evening, on getting home, Nikki and I went out to play skittles. Never played skittles before in my life, or had the inclination to do so, but it was a fundraising event for a couple of friends from karate who have been selected to fight in the FEKO European Championships.

Whilst I did look forward to the evening's company, I didn't expect to enjoy the game quite as much as I did.

Sunday, of course, was racing. Glorious weather, warm sunshine and a gusty, shifty north-westerly F4. Hels had been out all morning helping with the race training mob, so managed the first race but then was struck down with a crippling headache and nausea. A touch of heat stroke and dehydration, I suspect.

She manfully managed to finish the first race with me, then I left her in the care of her husband and some of the ladies ashore and, fortunately, found a replacement crew for the remaining two races, so all was not lost.

I'm being somewhat tongue-in-cheek. I'm not that heartless. Hels was okay, in good hands, and would have been mortified had I not continued to race. It hurt to go on without here, but a man's gotta do what a man's gotta do.

And now I'm being flippant, so I'll stop.

Once the sailing was done, I then had just under a couple of hours on the road, delivering a sack of dog food to some of our rescue dogs currently in kennels out towards Swindon. Spent a while with them whilst I was there, as I hadn't actually met them before.

Luna and Stan. Lovely creatures. A little worn and battered by life so far, but they're going to be fine.

Four very busy days at the office now, then I bunk off Friday to head down to Fowey with Dad for a long weekend. Vaguely anxious as to how Nik will cope with the dogs without me, though I continually underestimate her, and I'm sure she'll be fine. Vaguely anxious how Dad will cope with living outdoors for four days if the weather turns inclement. But I continually underestimate him, and we can always find a pub for shelter. I'm sure we'll be fine.

From our last trip to Fowey, back in 2011, we'll be launching from here and staying on this pontoon overnight for three nights: 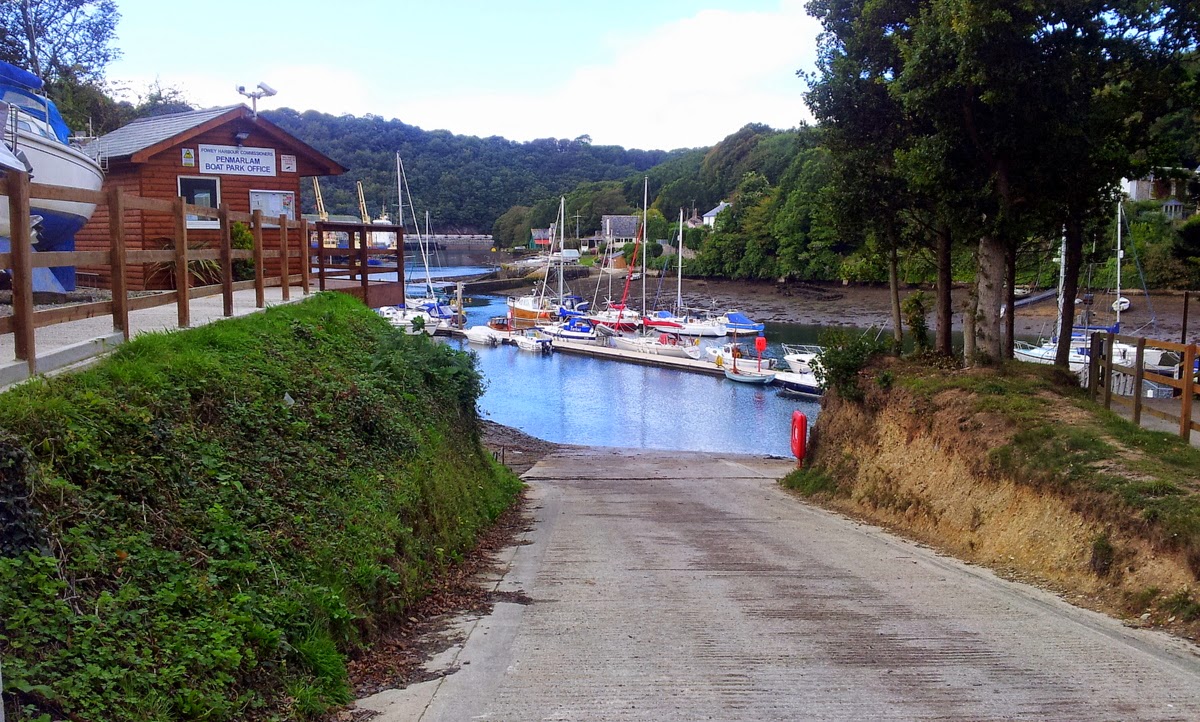 Hopefully the weather will be a little brighter than it was back in 2011: 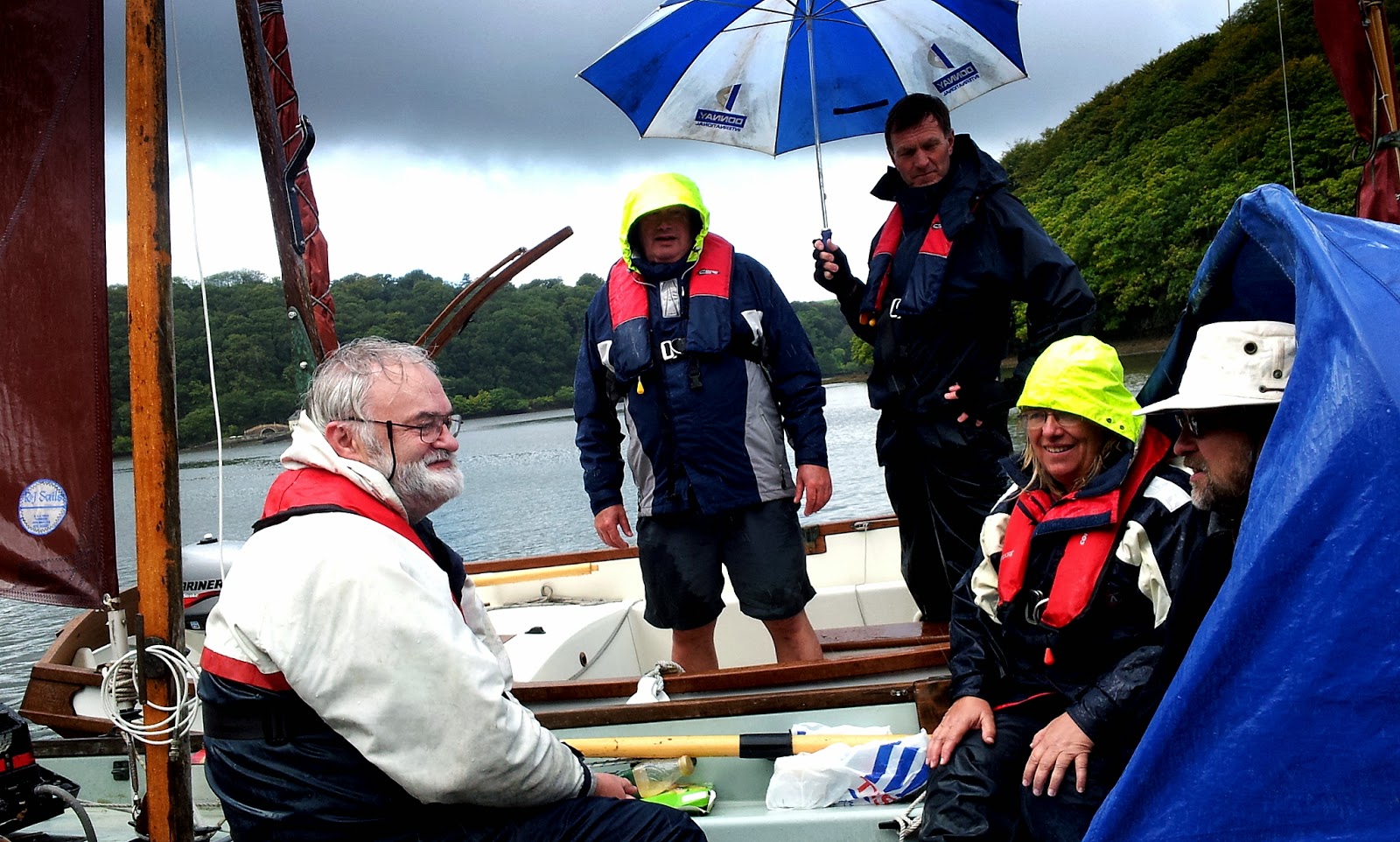 But who really cares about the weather when you can finish each day with a view like this: 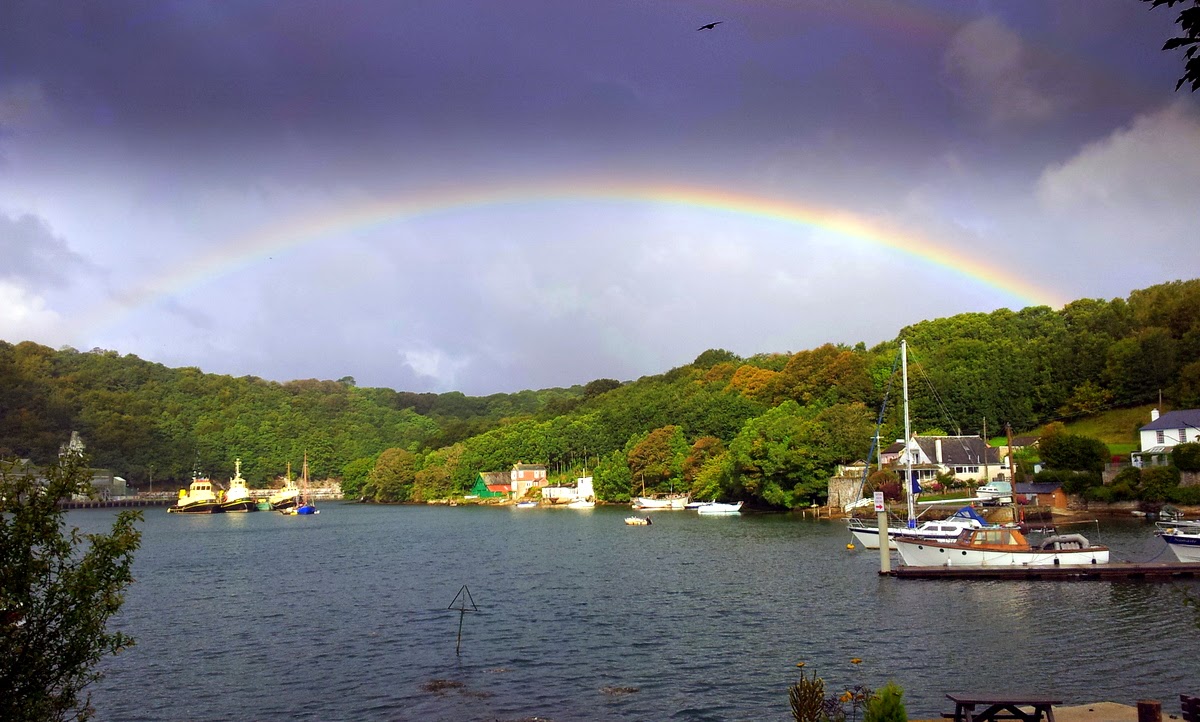