Almost to the weekend 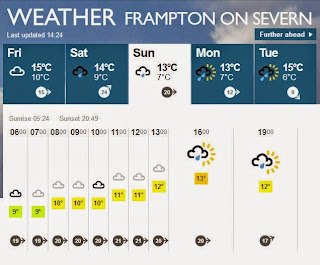 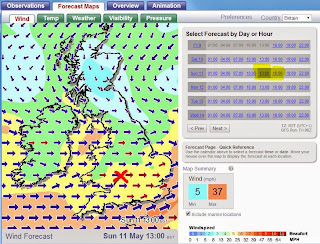 Two races planned, first starts at 2pm. Can't wait. Hels, my usual
crew, is back with me if all goes to plan. We've not sailed together in
an age; I'm out of practice with the blustery stuff and she's going to
be out of practice generally. Must be very careful not to break her, but
it should otherwise be fun.

Need to replace the burgee at the top of the mast that we lost in the
mud during the heavy weather at the beginning of this year. Probably
just as well I haven't replaced it yet. Will leave it till after the
weekend now, I think. I'm expecting a capsize or two. Though they're
becoming much more infrequent these days.

Agreed with Dad that I'd help him out with Sailability tomorrow morning,
then once we were done, we could look at fitting a tent to the
Drascombe. We're away to Fowey for four days at the end of the month,
and intend to sleep on the boat, so a boat tent is pretty critical.

Can't wait. A little apprehensive about essentially living in an open
boat for four days this early in the year. If it's a wet weekend, life
could turn pretty miserable. On the other hand, I picked up a slight
sunburn sailing last Sunday, so it could equally be quite glorious.

Sailability of course conflicts with the two hours of training at karate
I was supposed to be doing tomorrow. It's fairly important, actually I
think probably critical, if I'm to have any hope of making the grading
in July. Much as I'd really like to, it's looking less and less likely.
I've only got myself to blame, too many other commitments this time of year.

It's been two years since my last grading. I guess another year of
practice won't hurt.

And with a gig tomorrow evening, the weekend is shaping up to be
anything but dull.
Posted by tatali0n