And so it begins again 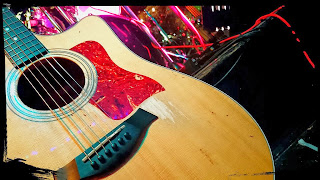 Our first gig of 2014 is tomorrow night, a lovely pub called The Railway Tavern in Fishponds, Bristol, one of the band's regular haunts and a fitting start to the new year.

The grip in my hand has recovered, I seem to have dodged the various bugs that have waylaid my wife and children over Christmas, so voice remains in fine fettle. Quite looking forward to it. Though will have to borrow dad's car to get the kit there! 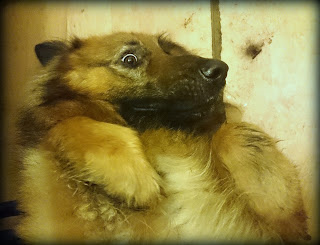 On the mutt front, Ty is settling down well. Quite chilled around the house now, though still a little wary of Jack. Jack is under the weather at the moment though, with a tummy bug (this is where I squeemishly draw the line and restate that the dogs are really my wife's hobby!) so isn't being such an abnoxious pain towards the new guy. 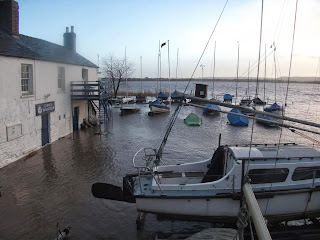 On the boat front, a weather-glutted spring tide of 11.4 meters at Sharpness has flooded out Lydney Yacht Club. I'm a little worried about the Fireball. A good friend is going to try to make it there to check her for me this afternoon. Going to have to make a concerted effort to shift her over to Frampton.

That said, a sailing club underwater is small chips compared to the problems flooding is causing many others around these parts at the moment.


Photos: My guitar, Ty anxiously wondering anxiously if he's going to get a belly rub, and Lydney Yacht Club this morning, the latter courtesy of friend and fellow club member Andy Simons
Posted by tatali0n