The Golden Lion and the end of an era 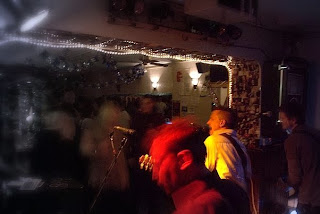 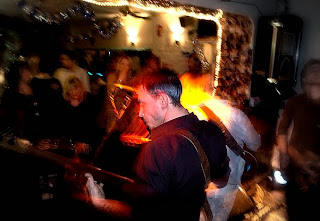 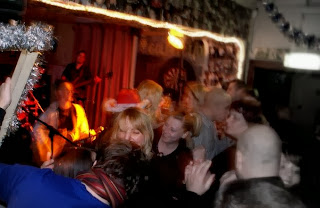 Friday 20th December is the Band's last gig of the year. We're having a
quiet Christmas: guitarist is newly wed and the drummer a new dad. The
venue is The Golden Lion in Fishponds, Bristol, and will be the 60th
time we've performed there since we first played the Lion in 2006.

The landlord Ben has been a great friend to the band throughout those
years. And many bands like us, I would imagine. Folks like Ben keep
local, live music alive and kicking with their massive and unquenchable
enthusiasm and support.

It's been a brilliant seven years, some fantastic gigs, and the annual
Booze Cruise organised each year by Ben is the stuff of legends.

But sadly, it looks like this gig is going to be our last at the Lion.
Ben has, in his words, been made an offer he can't refuse. Something to
do with "real tennis", which is not to be confused with its modern
descendent, lawn tennis. Real tennis players play with solid balls.

I don't know what's happening to the Lion once Ben departs in the new
year. We've heard all sorts of rumours the last few weeks. We're going
to miss it. For a grimy, spit and sawdust kind of place, the Golden
Lion, and the denizens that haunted it on a Friday evening or Sunday
afternoon, has a particularly special kind of charm.

It is quite the end of an era.

We'll just have to make the gig a good one.
Posted by tatali0n