The winter series this year at Frampton is fifteen races, the best eight to count, two races running each Sunday leading up to Christmas.

The first race each Sunday is a pursuit, where the slower boats start first and the faster boats have to catch them, and the second is a handicap, where we all start at the same time and your final time clocked is adjusted for the relative speed of your class of boat to level the playing field.

The last few weeks have been real drifters, leaving the Lasers dead in the water and giving the Solos a real hard time of it. Although my Enterprise is heavy by comparison, the jib gives a real advantage in these conditions, so if you trim everything just right, she glides along on the barest whisper of air.

A point we demonstrated last week with a first and a third, putting us into an overall lead in the series.

This Sunday was always going to prove hard going to hold on to it.

The weather came in a little lighter than forecast, about F3 from the southwest. The sort of non committal wind we always find really difficult to play well. Enough to bring the Lasers and Solos back to life, but not enough to get us up on the plane to run them down.

We had an indifferent start for the pursuit, and the other Ent beat us to the windward mark by a boat length. However, we turned that around soon enough and as they got entangled with the Lasers behind we  began to pick off the Solos.

In a pursuit, an Enterprise has just under an hour to catch the Solos and slower boats in the fleet ahead and stay in front of the Lasers and faster boats behind.

At about thirty minutes we found ourselves defending against the lead Lasers. Not ideal, but survivable.

We had a very stressed windward mark rounding with boats all over us but took them on starboard and managed to pick our space and sail high for the run that followed, to protect our clean air and guard against the overlap the Lasers were trying for.

All beautifully to plan.

About halfway down the run, fixating on the one remaining Laser doggedly trying to sneak beneath us, I was baffled when he suddenly gybed off.

Then horrified to realise we'd both confused our place in the lap and had been racing to the wrong mark.

We lost about a dozen places with that one mistake. We clawed a handful of them back over the next half hour, but not enough to save ourselves the race.

The handicap following was indifferent. A not exactly disrespectful eighth place, but not good enough to count. I tend to measure our preformance in a handicap by how we place against the other boats in our class, and a few other sailors in other classes that I know can be quite hard for me to beat. And we beat them, so I know poor old Buffy was doing her best. We just weren't best enough.

There are three races in the series left to run, and for the moment we're still clinging on to the lead by a single point, despite the slipshod performance of the weekend.

There are four other boats that could easily still take it from us though, so over the next couple of weeks we could find ourselves well and truly tumbled. None of the four are unbeatable, but it's going to be a close run thing.

Our best bet is a couple more weekends of really light, ghosting weather. On the other hand, if I'm going to lose I'd rather do it in the teeth of a howling blow. Much more fun! 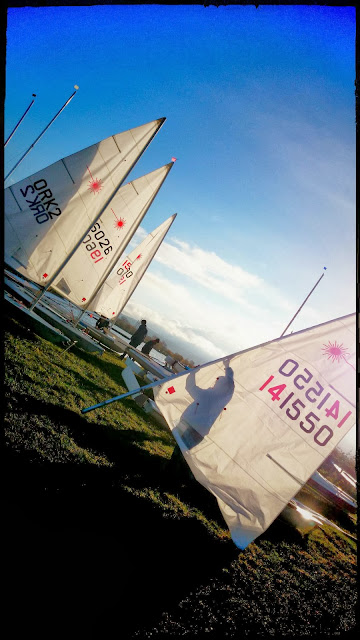 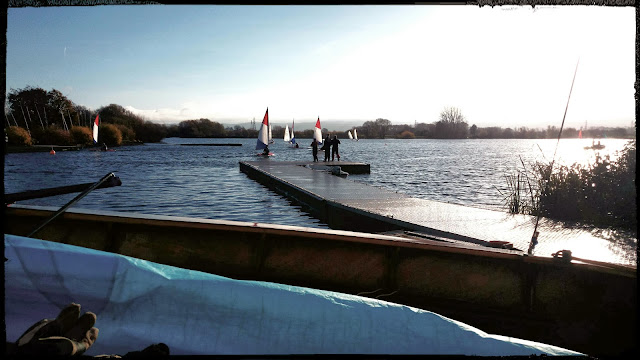 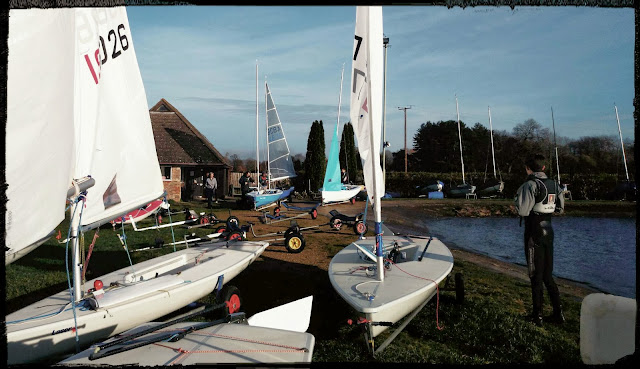